It’s time to talk about Britain 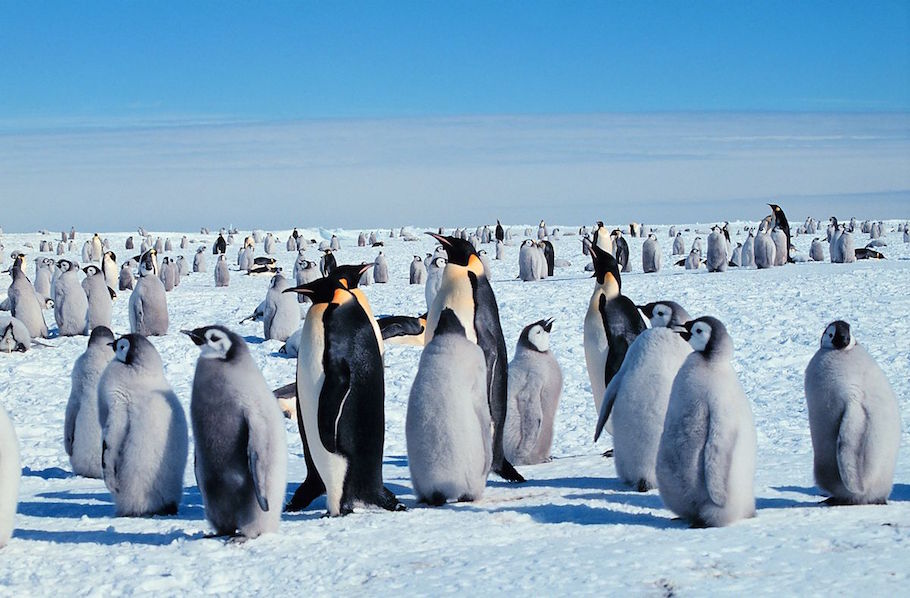 Without the support of the EU, Britain’s wood-wormed constitution must crumble. Part one of a short series.

The British state is responsible for more penguins than any other government on earth. And more land in the Southern hemisphere than the Northern. And by far the most important network of tax havens and secrecy areas in the world. It is, along with Saudi Arabia, Israel and New Zealand, one of only four governments on earth which doesn’t have a codified constitution. It is, along with Iran, one of only two to automatically appoint clerics to seats in its legislature. It is the only one with a parliament in which some seats are hereditary.

Our election system for the chamber we do get to choose is so antiquated that 2015 saw an MP win with less than 25% of the vote. Our governing rules are so contested that 2016 saw the prime minister’s preferred route out of the EU quashed by the High Court. Our internal national relationships are so ill-defined that 2017 will see the Supreme Court rule on whether the government can, without the consent of the people there, unilaterally rip Northern Ireland out of the EU, tearing up the Good Friday Agreement. Already, Brexit is pulling at the cracks of our creaking constitution. What the process will expose, though, is grim.

Because constitutional quirkery helps make the UK what it is: the shady safe-house for crime and corruption worldwide. London, specifically, is said to be the global centre for cleaning up stolen cash, with the Home Affairs Select Committee this summer describing the city’s property market as “a safe haven for laundering the proceeds of crime”. The majority of companies found in the famous Panama Papers leak this summer were listed in Britain or its network of overseas tax-havens. Most of those which weren’t hailed from Hong Kong, which used to be owned by Britain, and remains a key part of London’s global network.

Our media likes to write about crime and corruption as though they are the funny fetishes of Johnny Foreigner: Italian mafia, Russian oligarchs or Mexican drug lords. But this year alone, the former banker and anti-corruption campaigner Roman Borisovich made the claim that three-quarters of the money looted in Russia comes to Britain, the Italian mafia expert Roberto Saviano described the UK as “the most corrupt place on earth”, and our biggest bank was sued for its involvement in laundering Mexican drug money: appropriate, given than HSBC was founded by criminal drug dealers on the back of the Opium Wars.

This racket is big enough to have vast control over our politics. An enterprise dogged by criminal charges can pay to hush up the nation’s biggest broadsheet. It’s hard to look at party funding in the last two UK general elections without concluding that it was the donations of the financial sector and prominent tax dodgers which put David Cameron into Downing Street twice to ensure that they weren’t regulated after the 2008 crash.

And it’s not just the Tories. After trade unions, the biggest ‘donors’ to the Labour party before the 2015 elections were the accountancy firm PricewaterhoueCooper, who ‘gave’ in the form of £600,000 of research ‘help’. Then shadow-chancellor-now-TV-dancing-supermo Ed Balls effectively outsourced £200,000 worth of policy work to these much criticized wizards of tax accountancy for the mega-rich, while shadow business secretary Chukka Ummuna got £60,000 worth of ‘support’.

Not wanting to miss out on the action, the Liberal Democrats accepted 1371 hours of policy ‘technical support’ from PwC in 2015 alone, the year after the Luxemburg Leaks revealed the firm’s significant involvement in helping the hyper-rich slash their tax bills through complex accounting arrangements. It’s worth pondering on who wrote the maze of loopholes into the laws in the first place…

Once they leave office, the deal only gets better for our prominent politicians. Former British foreign secretaries like Malcolm Rifkind, Jack Straw and David Miliband have auctioned access to themselves for huge sums of money. Former British health secretaries like Alan Milburn, Virginia Bottomley and John Hutton have all quietly slipped from government into the private healthcare sector, and now make millions of pounds between them cashing in on NHS privatisations they (and their cousins) pushed through. Former British Chancellor George Osborne has seen his best man’s firm rake in £36 million from his bargain-basement privatisation of the Royal Mail. Former British prime minister Tony Blair used the links made in office to secure vast sums of money running round the globe as a lackey for the violent royal dictators of the United Arab Emirates, and working as an advisor, lobbyist and spin doctor to a cast of characters including Nursultan Äbishuly Nazarbayev, the dictator of Kazakhstan and Aleksandar Vučić: once Slobodan Milošević’s Information Minister, now Serbia’s prime minister.

Our country is represented in the world by a trade minister who was previously sacked as defence secretary for allowing a businessman funded by companies which “potentially stood to benefit from government decisions” to sit in on at least 40 meetings and a foreign secretary whose time as London Mayor included overseeing property deals described by the former chairman of the government’s Committee on Standards in Public Life as “having the smell of semi-corruption” involving large donations to the Conservative party. Do either of them have an eye to the second career profits of their predecessors? We’ll have to see.

And those who wish to buy influence get their way. David Cameron promised “no ifs, not buts, no new runways” at Heathrow. Theresa May came out publicly against the scheme. Boris Johnson and Zac Goldsmith both tied their reputations to their opposition to it. But it is going ahead, costing the Tories an MP and a bucket of political capital across marginal seats in West London. It seems to me that there is a simple explanation for what would normally be seen as an astonishing act of political self-harm: as the organisation 10:10 puts it: “15% of the population took 70% of all flights in 2014. People in that 15% group earn more than £115,000 a year. They tend to have a second home abroad. And their most popular destinations? Tax havens.[1]” The third runway only makes sense if seen from the top of the towers of Canary Wharf. But in Britain, that’s the view that matters.

The scar of living in a country run by and for the rich is marked by more than a runway, though. Even if you ignore the vast quantity of wealth hidden in tax havens, Britain is the sixth most unequal country in the OECD, after Chile, Mexico, Turkey, the USA and Israel. This is a level of inequality of the scale that tears whole societies apart; or is only possible in places that have already been rent asunder: three of those countries have governments at war with their own citizens; and the USA just elected Donald Trump.

By some measures, the UK has nine of the ten poorest regions of Northern Europe, while London is the richest. We produce 18% less per hour worked than the G8 average, and real wages have fallen 10.4% since 2007: a figure only matched across the OECD by Greece. Children in England are among the least happy in the world, and in 2013, the UK was criticised by the UN for a mortality rate among under 5s that’s higher than in countries including the Czech Republic and Slovenia. Meanwhile, the bonfire of the London housing market sucks in ever more of our cash, ensuring the nation’s wealth is squandered on making homes in the most expensive city on earth ever-more expensive, rather than investing that capital in anything productive.

For those of us who seek answers to serious questions about how to build a just, sustainable economy in this archipelago, one of the first questions must surely be what vehicle we have to do this through. And whilst government is certainly necessary, the ancient British state; built to run an empire, seems utterly unfit for the purpose. Without the modifying influence of the EU, though, it’s all that England is left with.

In this context, any conversation about tax in Britain must include a thought about the constitutional position of our tax havens. Any discussion of regional inequality has to look at the vast centralisation of power in our supposedly sovereign parliament. Any talk of financial regulation has to ask why the City can have such vast influence within our politics. Any look at income inequality must also survey inequalities of political reach. Because once you accept that the state has a decisive role in our economy – and it does – you need next to ask who runs that state, in whose interests, and how that can change.

In 2016, millions of British people voted to leave the EU because they wanted to ‘take back control’. The remaining question, then, is a simple one: to whom will that control be returning? Will it be the same ruling class, using the same holes in the same wood-wormed constitution to squirrel away wealth and power and plunder the country like they plunder the planet? Or will the process force us to realise that Britain’s problem aren’t the fault of foreigners from whom we can escape; but come instead from our own failure to free ourselves from Medieval subjecthood, and fight for real democracy?

[1] This research was done by the Tyndall Centre, using the PwC list of tax havens.