The oldest sins in the newest ways 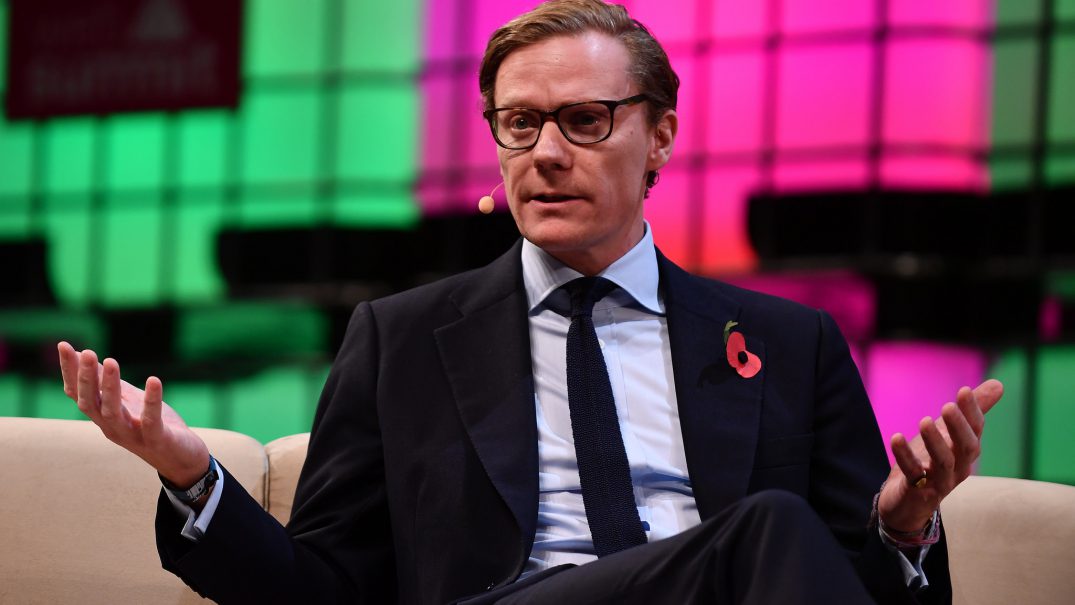 That Cambridge Analytica used millions of Facebook profiles to create tools to target and manipulate US voters comes as no surprise to those who watch and work in large digital firms. This is for two main reasons. Firstly, many simply already knew. Secondly, activity of this kind – data accumulation and analysis to build tools of manipulation – is foundational to the business model of large digital platforms.

Over the last half century, improvements in information and computer technology have precipitated the development of platforms that act as intermediaries between the provider and user of a service. For Uber, a passenger uses the app to gain access to a seat in a driver’s car. In the case of Facebook, the holder of a Facebook profile is a supplier, voluntarily giving up intimate data that is analysed and sold to advertisers, who, in turn, target the profile holder with goods of a type and in a way that maximise their propensity to purchase.

Our economic and social worlds are being remodelled by these firms. The many varieties of platform have stretched their operations across a broad range of markets, from groceries to transport. Though their activities are broad, platforms are united by an insatiable impulse upon which their business models are founded: the extraction and analysis of data. In using Facebook, you create data actively, by liking pages or typing intimate status updates, or passively, through location services. All this data is captured. It is then analysed to, among other things, build inferred profiles of you and your network – what issues drive you to vote, which products you’re likely to consume, your sexual preferences, your dreams, fears, and the issues that most exercise you, your nearest and dearest, or anyone that is similar to you. If it can be captured it will be used.

Two things then happen. Firstly, these profiles are used to sell advertising in ways and at a scale beyond the wildest imaginings of the past. Digital advertising is now the largest advertising medium in the world, with Google and Facebook accounting for over 80% of digital advertising outside China and upwards of 20% of total global advertising. Secondly, data and analysis are used to improve the algorithms that power the platforms and produce the insights. Opening up the world’s knowledge is not the primary motivation of Google engineers as they frantically scan book after book, but the rapid development of its machine learning capabilities. The artificial intelligence beast is hungry, and platforms must compulsively feed it.

Ultimately, these companies seek to maximise profits. When the means of doing so become dependent on the extraction and analysis of data, firms are compelled to seek new frontiers of activity through which data can be gained and exploited more effectively. This drives them into new markets, with banking, healthcare, and travel at the top of the list. Rapid growth is made easy by the low marginal cost of expansion (an extra user costs little to nothing to Facebook), that larger networks create more value to users and so attract more, and the first mover advantage enjoyed by the big platforms – put simply, their enormous stores of data provide insights that yield a competitive advantage in almost any market in which data can be a source of value (essentially all). In this way, data both enables and compels digital firms to seek and achieve enormous scale and reach. Look out for Amazon Health, Google Mobility and Facebook Bank.

Scale and reach mean impact, which spans across three main areas: economic, social, and political. Economically, digital firms exhibit classic monopolistic behaviour, stifling innovation by buying up small firms and barring access to datasets that could be used to invent new products and services. They also erode labour standards – either directly, through on-demand casualisation, or indirectly, by undermining other industries. Moreover, by requiring so little staff, platforms further reduce the share of the economy going to the general population over the owners of financial assets. That they provide services at little to no cost has bamboozled the existing approach to anti-trust policy, which only recognises a firm as a monopolist if it raises, not reduces, prices.

Beyond economic factors, platforms are now foundational to the social and political experiences of people across the world, providing a shared space to learn, converse and organise. This has delivered great benefit, but has also impacted the mental health of users and increased the areas of society that are under the purview of algorithms and the assumptions and biases that underpin them. Platforms also have an environmental impact through maintaining large, energy-hungry servers and by lowering the barriers to consumption, through on-demand car journeys or fast food delivery.

Recognition of these negative impacts will accelerate in the wake of the Cambridge Analytica revelations. As governments scramble to develop a response – the success of which is partly dependent on a rapid improvement in the digital literacy of politicians – they would do well to remember a key insight: it is Facebook’s business model that opens the platform up to abuses like those committed by Cambridge Analytica and others like them. As long as platforms raise the majority of their revenues from collecting and analysing data to better manipulate users through advertising or to purchase goods and services, third parties, from private firms to governments, will seek to exploit this power.

Thus, it is data that must become the focus of the response. A range of options exist: force the platforms to open up their data, allowing anyone to use it to produce innovative, more socially useful products; remove platforms’ ability to hold data, placing it into a public store that enables citizens to have ownership over it and limit that which is captured by firms for private use; or create marketplaces in which users become micro-entrepreneurs, raising personal revenues when platforms exploit their data. The last is the preference of many who wish to keep the hegemony of the platforms in place. But, crucially, this would limit the ability of wider society to benefit from large datasets and the insights they provide. Realising that benefit could be crucial to overcoming major problems – from environmental collapse to lifestyle diseases – and so something akin to options one or two is preferable.

This will necessarily mean that the platforms and their mercurial leaders are unseated from their positions of immense power, directly removing from them the very basis of the business model that has delivered their extraordinary riches. As public dissent grows and the space for political responses opens, Facebook, Google, Amazon and Apple will do all they can to resist fundamental change. How to overcome this resistance is the key question we now need to ask.