It turns out that the ‘permanent income hypothesis’ is bunkum 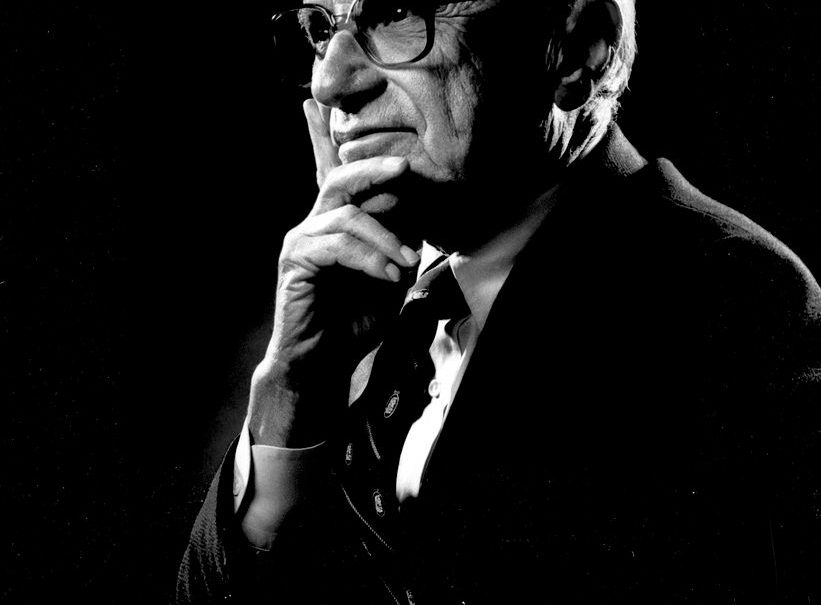 If you’ve caught any headlines handwringing about fragile ‘consumer confidence’, then you’ve heard the colloquial language of Chicago-school economics; the trickle-down effects of the work of Milton Friedman, doyen of monetarism and darling of neoliberal politicians. Among his most famous (and most infamously influential) economic theories is the ‘permanent income hypothesis’. According to this theory, people’s spending does not fluctuate wildly as their income rises and falls; as levels of consumption are not only determined by their actual income, but by their expectations of what your future income will be. In this way, your spending tends towards an average based on your expected lifetime earnings; your fictive ‘permanent income’. As Costas Meghir puts it, “individuals base their consumption on a longer term view of an income measure, perhaps a notion of lifetime wealth or a notion of wealth over a reasonably long horizon.”

This has a lot of intuitive heft behind it. Take for instance, people on the brink of retirement. Although they’re likely to be earning a higher salary than at any other point in their lives, they aren’t splashing their cash with abandon; rather, they’re likely to be saving a much greater proportion of their earnings in preparation for the drop in income when they give up work. The hypothesis also makes sense of why students are prepared to saddle themselves with enormously expensive bills for tuition whilst scraping by on meagre incomes; the increased salary supposedly guaranteed by a degree certificate compensates for the initial hit you take. In other words, they’re prepared to spend more than they now earn because they expect that in future, they’ll earn more than they’re currently spending.

This seemingly humble little thesis has huge implications for policymaking. Politicians and economists are perennially concerned with getting people spending, or ‘stimulating effective demand’. In a market economy, it’s pretty important to make sure that people keep buying things, otherwise the whole creaking edifice grinds to a halt. So, you want to get people spending. Particularly, say, when your sluggish economy could really do with a kickstart, after struggling for nearly a decade to haul itself out to the mire of economic crisis. After layoffs, falling wages, and lower household income, people have less available cash to splurge on coconut water or ferret cages or Honda Civics. So, you might be forgiven for thinking that a good start would be to put more money in people’s pockets – by ‘windfall’ programmes, temporary wage-boosts, expanding employment programmes and welfare provision. This is where Friedmanites have long been in contestation with other economists – from the out-and-out marxists to the less rabid freemarketeers. Indeed, the PIH sets itself consciously in opposition to Keynesian efforts to manage effective demand through transitory tax policies and countercyclical spending, on the basis that – all else being equal – an increased household income means increased demand.

However, if you accept that the PIH accurately describes the trends regulating/underpinning consumer behaviour, then simply putting money in people’s pockets won’t boost demand. If people don’t trust that they’ll have more money coming in once that runs out; ‘consumer confidence’ takes a severe knock. So people they don’t spend their windfall, they scrimp or squirrel it away entirely. According to this thesis, counter-cyclical spending pours public funds into the black hole of thrifty consumer anxiety.

The thing to do instead is to boost the economy overall, redirecting focus from the health of the household to the health of corporations, manufacturers, businesses and the like. If households have faith that the economy generally is ticking along, they’ll be more likely to spend instead of save, to empty their piggy banks, take out loans. This reasoning, incidentally, is far from hypothetical. It’s hard to underplay the effects that this kind of thinking has had on policymaking. Friedman and his ilk provided the theoretical foundations for the economic programmes that characterised Thatcherism, Reaganomics, and their neoliberal successors. The PIH provides the (most generous interpretation of the) logic underpinning more recent government moves to cut back on welfare programmes whilst expanding corporate subsidies – all in the name of ‘boosting consumer confidence’. Which all sounds eminently sensible. There’s just one small problem… It doesn’t work. It’s totally bunk.

For a while, economists have been grappling to salvage Friedman’s theory from the mounting weight of evidence that when people get a windfall/sudden boost of income when times are hard, they spend a significantly proportion of it almost immediately – contrary to what the PIH would suggest. Loyalists appeal to ‘credit constraint’; claiming that this only happens when people can’t get loans to plug the gap between what they would otherwise be prepared to spend, in anticipation of shortly finding work again. This fix leaves the hypothesis largely in tact, but also carries with it the implication that economic recovery is dependent on personal indebtedness, which – for anyone with a memory that stretches back a decade or so, is a bit of a worrying proposal. This in itself might be an argument for government intervention in times of restricted credit. But this intervention usually hasn’t taken the form of fiscal stimulus; rather, governments in recent years have preferred the monetarist tack to try and get credit moving, slashing interest rates and instituting quantitative easing and making it easier for households, individuals and companies to borrow to get themselves out of the trap of credit constraints.

But appealing to ‘credit constraints’ isn’t enough to save the PIH; according to a new study by Harvard researchers Peter Ganong and Pascal Noel, it simply doesn’t account for consumer behaviour. In this paper, they examine spending patterns surrounding unemployment and unemployment support payments. Their findings imply that people’s spending habits are much more ‘short-termist’; dependent upon current, actual income and outright necessities than expected future earnings. They found that when people lose their jobs, their spending – unsurprisingly – drops off. This can be explained away by the credit-constraint fix. However, they also show a phenomenon that simply can’t be fixed; when unemployment benefit payments dry up, household consumption plummets. This rapid behaviour-change simply cannot be incorporated into any of the standard models of the permanent income hypothesis. The income drops much more dramatically than do spending levels – but this doesn’t necessarily mean that people are indexing their spending on expected future incomes; rather, it may spring from the short-term thinking that if you’re still want to keep subsisting, you still have to shell out for non-positional goods like housing, energy bills and food. Your spending cannot drop as dramatically as your income – not because of an abstract financial gamble that determines spending behaviour, but simply due to the necessity of remaining housed and fed.

And it’s this basic necessity that is becoming more and more difficult after nearly a decade of austerity and several more of neoliberalism, unleashed by devotees of Friedman and his colleagues at the Chicago school. The Rowntree foundation recently reported that nearly a third of UK households fall below a minimum income level, unable to afford the basics of food, clothing, housing, and some semblance of a social life. Perhaps, then, it is time to finally abandon principles such as the PIH, and the policies it undergirds. Its notorious untruths have provided the ideological excuse to construct the economic architecture of human misery, where penury and personal indebtedness are the lynchpins of national economic prosperity. It’s time to consign it to the dustbin of history.