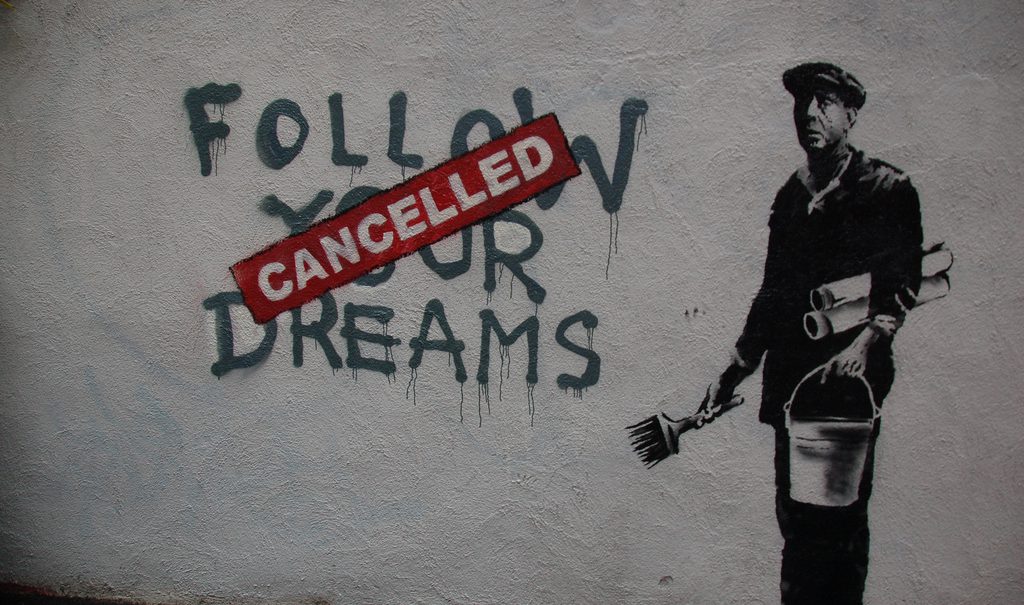 In the light of Brexit, can a new coalition of social class and territorial interests mobilise to deliver a meaningful industrial strategy?

This week, the government published its Industrial Strategy. It is a hefty document, weighing in at 255 pages, and clearly the product of many months of analytical and policy development work. Like most such papers, it is littered with the mini-reviews, micro initiatives and small spending pots that characterize cross-departmental policy documents. The prose is occasionally tortured by the Whitehall compromises it embodies. But it has a thematic coherence, drawn from a focus on tackling the UK’s productivity problem and proposals to orient economic activity strategically towards four “Grand Challenges” of an ageing society, the transition to a low carbon economy, mobility, and AI and the data economy. This focus on societal missions, some big increases in R & D spending, and the recognition that governments have a strategic role in shaping economic growth have pleased advocates for industrial strategy. It has been broadly welcomed.

The government’s white paper follows hard on the heels of two important contributions to industrial strategy policy, the first from the Commission on Industrial Strategy, established by the Universities of Manchester and Sheffield and chaired by Dame Kate Barker whose final report was published a few weeks ago, and the second, a discussion paper from the Institute for Public Policy Research (IPPR) Commission on Economic Justice.

Each of these sets out, in different ways, the persistent weaknesses in the British economy that justify a strongly articulated, non-partisan and consistently delivered industrial strategy: poor productivity performance, low rates of business investment, regional imbalances, chronically weak export performance, and poor diffusion of skills, R&D and innovation. These are familiar and largely indisputable lists.

Barker’s Commission on Industrial Strategy refrains from describing these weaknesses as symptoms of a deeper neo-liberal malaise or characteristics of a fundamentally broken British economic model; it positioned its report to appeal to policymakers across the political spectrum and its analytical framework reflects that.

In contrast, the IPPR contribution is directly addressed to the construction of a new economic model. It believes that the UK’s economy is governed by a neo-liberal intellectual paradigm that has manifestly failed and is on its way out, in academia as much as the institutions of economic policymaking. It adduces the government’s new industrial strategy as further evidence of the paradigmatic transformation in economic thinking that is underway.

Like the government’s white paper, both of these contributions address policy frameworks and instruments that typically fall within the ambit of industrial strategy: infrastructure investment, innovation and R & D, skills, and regions (or “place” in the government’s parlance). Perhaps the most eye-catching feature of the Manchester and Sheffield report – doubtless a consequence of Diane Coyle’s membership of the commission – is the call for the state to ensure that a Universal Basic Infrastructure is provided in every area as a social minimum offered to all citizens. In broad terms, this infrastructure would be “hard” (rail, bus, broadband) and “soft” (schools, health and care services). The proposal deliberately echoes but subverts the idea of a Universal Basic Income, which has attracted significant political attention in recent years. Infrastructure is more important than income, the report argues, in promoting the capabilities of citizens for economic development while regionally-balanced investment in infrastructure would do more to address exclusion from centres of economic agglomeration and growth than income transfers.

The UBI proposal overlaps with recent calls for Universal Basic Services, another intellectual and political route into debates about securing inclusive citizenship in unequal, open economies like the UK’s. It has some congruence too with the argument for promoting the growth of the “foundational” or “everyday” economy that has been developed in recent years by the Centre for Research on Socio-Cultural Change at the University of Manchester. Here the anchor institutions of the local state – local government, the NHS and so on – are used to underpin sustainable demand in the local economy by paying living wages and using public procurement to keep income circulating locally, in strategic partnership with non-tradeable sectors like retail, hospitality and catering. A Corbynite version of this approach has been pioneered, with some apparent success, in Preston, where procurement budgets have been used to buy locally provided services and farmed food, and where cooperatives and other forms of worker control are being encouraged.

What about the millions in low waged sectors?

It is noticeable, however, that the commission’s report says relatively little (aside from the significant health and social care sector) about the low-skilled, low-wage sectors in which millions of British people work. This is also a major lacunae of the government’s Industrial Strategy, which focuses almost exclusively on high value-added sectors. This oversight is not accidental: political economists argue that all governments have an interest in meeting the needs of high value-added businesses, but it takes particular kinds of political coalition to ensure that the needs of low- and semi-skilled workers are addressed. Whereas in Fordist economies the interests of these workers could be aligned with those of skilled workers, in post-industrial service economies these working class coalitions have broken down, often leaving the low-skilled without allies. This is particularly true of majoritarian political systems that have co-evolved with liberal market economies, in which high-skill, professional employment in services has grown alongside low-wage, low-skilled work in the non-tradeable sectors.

To its credit, the IPPR discussion paper pays much more attention to these low skill sectors, where it empirically locates the bulk of the UK’s productivity problems. Importantly, it advocates a new focus on skills utilisation, rather than familiar invocations to improve skills supply. There is considerable evidence that UK employers do not appropriately utilise the skills of their employees and do not integrate skills into the design of job roles and business capital investment strategies. In a flexible labour market with high employment rates, employers have less incentive to invest in skills training, and weak trade unions and limited coordination between firms ensure that vocational skills development and utilisation are historically under-developed in the UK, in common with other liberal market economies.

In this policy area, the government’s industrial strategy is noticeably weak. It claims to overhaul technical and vocational education in terms that are wearingly familiar from official policy documents of the last forty years (and even further back). But it amounts to little more than the usual policy mélange of small funding pots for pet schemes and the reorganisation of qualifications. This is a mark of how limited Whitehall’s understanding of the political economic and institutionalist determinants of employment training in the UK remains.

In the Nordic countries, the persistence of coordinated economic management, large public-sector employment and PR electoral systems has ensured that the interests of low-skilled workers have been represented in governing coalitions (although in recent years, the rise of anti-immigrant parties has fractured social democratic political strength). Liberalisation in the labour market has been accompanied by significant rights to skills training and flexible working, and increased public and business investment in lifelong learning (see in particular, Kathy Thelen’s work on reforms in the Netherlands and Denmark in Varieties of Liberalisation and the New Politics of Social Solidarity). In contrast, in parts of continental Europe, dualism in the labour market has led to a weakening of social protection and employment regulation for lower-skilled workers in the domestic economy, while the core social bloc of the export sector interests remains politically predominant, symbolised in grand coalitions (although this is under stress, as the recent German election showed). Yet here too, skills investment and high productivity in the manufacturing and higher valued added service sectors ensures that low unemployment is combined with significantly higher per capita GDP than in the UK.

A coalition of workers’ interests?

These considerations raise important questions for advocates of industrial strategy in the UK: who will be the political agents of economic transformation, and how can broadly based coalitions that unite the interests of low- and semi-skilled workers with those of middle-class professionals be created? The decline of the industrial working class, the rise of finance and decline of the UK “national” business class in core sectors, the spread of the gig economy and the parallel growth of higher education as a social insurance policy for the middle classes, coupled with the electoral dominance of a socially conservative older population, have all made the task of constructing progressive economic reform coalitions much harder.

In piecemeal fashion, the spread of devolution may provide new openings. It is noteworthy that Wales and Scotland have PR electoral systems and strong traditions of social solidarity, and each is pursuing prototypical industrial strategies with the (still limited) tools at their disposal. And on the same day as the Commission on Industrial Strategy published its report, England’s seven metro-mayors met together for the first time to advocate for increased devolution of skills and fiscal policy. In the more complicated multi-level governance of the UK, new political coalitions could emerge.

But these developments are unlikely to generate national economic transformation of the kind envisaged by industrial strategy advocates. Brexit may yet provide the critical juncture through which a coalition for political economic change can be formed, though the task is a monumental one and Brexit hangs over the government’s industrial strategy like a dark cloud, without any silver linings. In 20th century, transformative change was driven by the exigencies of depression, war or the exhaustion of growth models, and it was typically state-led. In the 21st century, Brexit and the painful realisation of relative economic decline may provoke the kind of rethinking that has hitherto eluded Britain’s political-economic elites. The question is whether a new coalition of social class and territorial interests in the UK can mobilise to underpin the necessary changes. For industrial strategy advocates, the politics ought to matter as much as the policies. 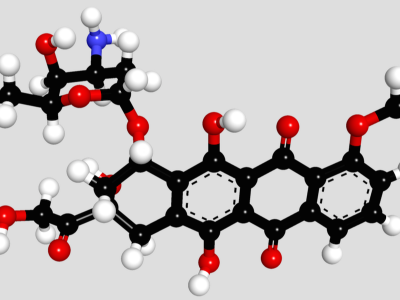