10 years on, could today’s economics graduates predict and prevent another Northern Rock? 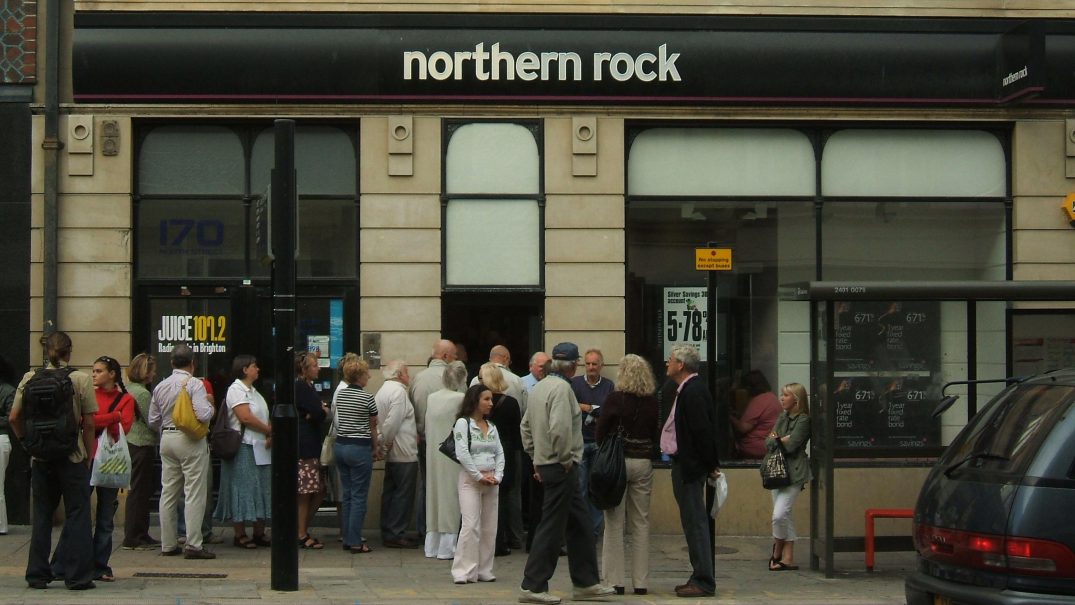 Ten years ago this week, customers of the bank Northern Rock queued up in their hundreds at branches across the country, demanding to cash out their deposits. Only two months earlier, the bank had released rosy forecasts, including a plan to increase shareholder dividends by 30%. But by March 2008 the bank had been nationalised, and the Financial Crisis was cutting ever deeper into our economy.

Economists were left firmly on the back foot. The Queen asked why nobody saw the crisis coming, and she was told, “that financial crises were a bit like earthquakes and flu pandemics in being rare and difficult to predict.” But should economists view economic crises in this way, as semi-Biblical disasters emerging from somewhere completely outside the economic realm? Surely, it is possible to skill up our economists to predict and prevent disasters, and to create economic systems that can withstand economic, social and ecological realities without risk of collapse.  If we want a more stable economy, the economists of the future need to be taught an economics that is fit for purpose.

Nearly all economists start life as economics students: in lecture theatres and seminar rooms they learn their trade. Our organisation, Rethinking Economics, examines and critiques what economics students are taught. Our study of 177 undergraduate economics modules in seven prominent universities showed some stark conclusions.

Across the country, students are being taught a narrow version of economics where real-world economic issues barely feature. Primarily, students are required to ‘operate a model’ (show the calculations needed to reach an often predetermined right answer) or to ‘describe’ rather than evaluate a theory or policy. On average, a fifth of core macro and micro modules were assessed by multiple choice exams, with one university using these for 53% of core assessment. Overall, 78% of economics assessments required no critical or independent thinking at all, and a mere 5% of exam marks required any knowledge of the real world.

Shockingly, this trend persisted throughout undergraduate courses, with little or no progression onto a broader curriculum or a more analytical style in later years. More complex economic phenomena that relate to financial crises continued to be classed as ‘external shocks’, beyond the mandate of economists to consider.

Given this background, it is hardly surprising that economists see economic crises as being as unpredictable as earthquakes. Economics students that are not equipped with the tools to understand real economic systems will inevitably struggle to understand and work with real-world economic events when they graduate. In the years following the collapse of Northern Rock, society learned the consequences of the economics curriculum’s limitations.

From this analysis, it might seem that economics has little to offer to prevent another crisis. In fact, there is much that economics students could be taught that would skill them up for real-world economic management.

Broadening the curriculum would bring huge benefits. Courses could cover Minsky’s ‘Financial Instability Hypothesis’, which explores the impact of risky borrowing behaviour on the wider financial system. This could help future economists to spot and resolve vulnerabilities to help avoid crashes. Inclusion of New-Keynesian thinking, which builds in the idea that market failures are possible, could give future economists a fuller understanding of the interventions available to keep an economy functioning. Austrian economics contributes valuable insights relating to business cycles, inflation, and government intervention. Feminist economics draws our growing care economy into analysis. Ecological economics provides insight into the economic pressures that may arise as global resource availability shrinks.

Economics graduates who study these and other perspectives, as well as the modelling that comprise the current curriculum, would be better placed to help manage the real economy in all its glorious complexity. When economics students are taught a broader range of perspectives and techniques, they will be better able to foresee challenges and financial risks, predict collective as well as individual human behaviour, and address the ecological, social and economic challenges of our time.

Universities have a huge opportunity to contribute to a decent, stable and secure economic future for us all. We are relying on them to train up the next generation of economists, who will inform our voters, advise our governments, and sculpt our economic environment. Those economists must be ready to prevent another Northern Rock, and to create a better economic future in the real world.