Both May and Bazalgette are wrong: Their idea of creativity won’t solve Britain’s social and economic problems 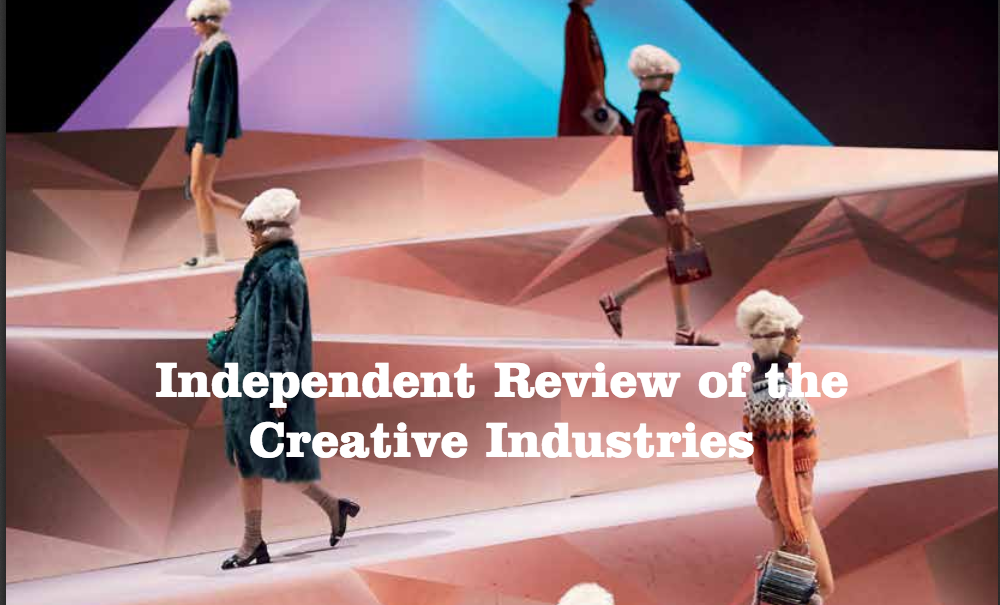 Cover of Independent Review of the Creative Industries.

Creativity has been in the news quite a bit over the last week. There’s been Theresa May calling for a more ‘creative’ approach to the Brexit disaster. There’s also been a major policy report on the Creative Industries. The latter has been part of the government’s industrial strategy, one of nine industrial activities targeted for specific ‘sector deals’. The others include quantum technology, clean energy, and robotics.

The rhetorical prominence of creativity in May’s speech, delivered on the same day as this set of policy recommendations, might seem to be great news for those working in creative jobs. On closer inspection both the rhetoric and the policy reality raise major questions about the role of creative industries in Britain today. Most seriously, both rhetoric and policy are based on fundamental misunderstandings of what the creative industries are and how they operate.

The Independent Review of the Creative Industries was written by Sir Peter Bazalgette, former chair of Arts Council England. It identifies the creative industries as a potentially booming part of the economy, contributing employment and economic growth, as well as having high levels of productivity. It also sets out several challenges, including access to finance for creative businesses; creative clusters; international competition; skills shortages and the ‘talent pipeline’; along with innovation and intellectual property. These are crucial issues. These headlines from the report, about the strong growth and international reputation of British creative business, conceal a set of proposals that will do little to address the inequalities at the heart of creative industries in the UK.

The report lumps together several different occupations under the heading of creative industries, which is a longstanding issue for policy in this area. This means that high performing areas, such as database design by IT consultants, are treated as the same sector as creative and performing arts. As extensive research shows, these are very different types of activity with very different workforces and very different levels of economic performance. The report seeks to have its cake, of economic good news from technical IT activities, and eat it too, by suggesting this applies to attractive cultural occupations such as acting, art, or performance.

These latter occupations are well known for the unequal and unfair characteristics of their workforce. The report pays lip service to these issues of inequality in the creative workforce. It identifies barriers to entry associated with class, gender and race. At the same time, it is open about its position that ‘employers alone will not solve this problem’. Its recommendations suggest there is an undersupply of skills for the creative industries; that young people need more role models; and they need to be made more aware of the diversity of jobs available in the creative economy.

All of these suggestions move the responsibility for the institutionalised sexism and racism across the creative sector from employers and organisations to the individual. If we ask why the low level of women in senior roles in IT; why the constant controversies about representations of BAME communities in film, TV and on stage; or about the ‘class ceiling’ for actors, then the report’s answer is clear: women, ethnic minorities, and the working class (all of which are intersecting and overlapping constituencies) just need to try harder, be more aspirational, and work on their skills for businesses. In effect, a crucial intervention into government industrial strategy is asking those communities excluded that they must just strive harder.

It is well known that the creative industries, as currently organized, are a closed shop, open to very few that are not privileged. The irony here is that they are also a sector, as a wealth of academic research shows, that believes in meritocracy, and is left wing, and supportive of diversity. The sector is also unlikely to have voted leave and it is supportive of many social issues, such as freedom of movement or immigration, which leave voters reject. Indeed, Bazalgette’s report makes it clear that visas and immigration are a crucial element to the economic success of creative industries.

This point returns to the rhetoric of May’s speech. By calling for ‘creative’ solutions to the problem of Brexit, May is addressing a sector of British society least ideologically interested in supporting her agenda. She is also, in her pursuit of a ‘creative’ relationship with the EU that foregrounds immigration control, likely to further alienate creative workers and damage creative businesses. Taken alongside the focus on talent pipelines and skills development in Bazalgette’s report, industrial strategy may produce a creative sector that does little to encourage those from outside privileged starting points, whilst being even less likely to show support for the goals put forward by May and the Brexiteers.