Being a global player could make us all quite ill 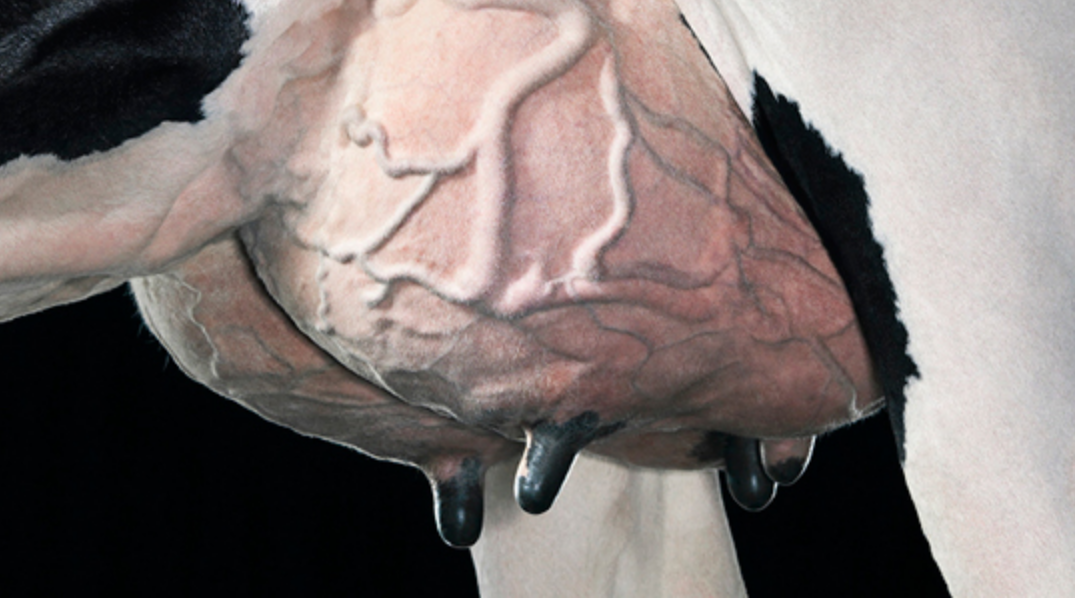 Mastitis is common in intensively farmed American cows. Are protections against it be ‘non-tariff trade barriers’?

The future in a newly ‘freed up Britain’ after Brexit is beginning to show itself. Joanna Blythman outlined a scary vision for the Guardian when food rules are thrown aside as we race to do a trade deal with the US. From banned pesticides and GM foods to hormones and chlorine washes in meat, our whole food system is hostage to what other sectors want from the negotiations, and later from what other countries want from our trade deals. Jamie Oliver is worried… and meat inspectors fear the worst when we lose EU slaughter safety standards. They remove 560,000 cases of parasitic roundworm larvae in pork products annually.

The potential for ill health to be one of the outcomes from the shift to a global market place is very real. And it has been clear since Theresa May’s US visit that agriculture is likely to be up for grabs. Sadly the UK National Farmers Union, instead of sticking up for concerned UK consumers or decent farmers seems to agree suggesting that British farmers should be able to use the same production techniques to ensure “an even playing field”.

Brexit Secretary of State David Davis says the process will “not be about removing existing barriers or questioning certain protections”. Meanwhile his colleague Liam Fox, Secretary of State for International Trade, is rapidly setting up the possibility of trade negotiation agreements with the US, India, China and other major trading nations.

Despite apparent prioritisation of worker protection in the Brexit White Paper, food workers’ rights will inevitably come under huge pressure if we are trying to compete globally. If pesticide rules are removed or weakened for instance, under pressure from new trading partners like the US, it seems inevitable that vital protection for workers will be removed.

Few members of the public concern themselves on a daily basis with tariffs or non-tariff barriers. Understandably, it’s not that accessible or engaging. Unless you realise what they do to food standards and to prices.

Tariffs – sometimes called import duties or taxes – limit access to our markets and can mean a huge price tag on imports. Being in Europe meant that tariffs were negotiated as part of a large and powerful trading bloc. As part of the UK being a member of the World Trade Organisation (WTO) there are also quotas (called Tariff Rate Quotas) which allow a certain amount of product in without tariffs. 128 of these exist in the EU for food products including New Zealand lamb and American chicken. Licences are required to import and the administration is hugely complex. No-one knows what future tariffs and quotas will be negotiated and this really matters to the future viability of UK farms, farm workers and the farmed environment. Work is underway to establish Britain’s own schedules (what we can trade in) at the WTO, after Brexit.

But it gets even more complicated (and scary) when you look at those non-tariffs barriers (NTBs). These are obstructions that affect imports such as border administration, labelling rules, employment and food safety laws. One country may not be able to export to another because their standards are considered not good enough, or not “equivalent”, or even “substantially equivalent”. The ban on hormones in beef is one example but there are many, and sometimes lead to protracted legal disputes or retaliatory trade bans or economic tit-for-tats between countries. What one country sees as protecting public health, another may see as protectionist and trade distorting. They can be challenged at the WTO.

The big question now is how far Britain will go to be a country that can compete on global markets. Once out of Europe, will we allow the 82 pesticides used in the US but banned in the EU? Will we open the gates to genetically modified (GM) foods with no labels, permissible in the US but currently not here? Will we have control over the standards of meat entering our school or hospital food, or will those standards be governed by trade deals?

There is also the matter of what we are going to be allowed to do in terms of supporting farming and land managers, to achieve for example environmental or rural development aims. To reduce the potential for trade-distorting state subsidies, there are WTO limits on how much support a country can give its food producers – called the Aggregate Measure of Support (AMS). We don’t know yet how much of the EU-wide AMS we will be allowed to spend all by our self. It’s likely to be cut but could still break WTO limits.

Conservation groups and farming bodies are getting dizzy in meeting rooms over what we could now set up, now we are going to lose the long–criticised Common Agriculture Policy. But what we do next needs to fit a global agenda and that agenda may not be all that friendly.

But the good news is that the more we specify public goods or benefits being the outcomes of our policy the better. With enough public pressure, those public goods should act against the nasties outlined by Blythman. But it will be a battle. Advocates for cheap raw materials for the processed food industry and cheap food will be working hard to weaken standards.

I am sure the public, whilst wanting affordable food, would not want a race to the bottom. Recent research shows that the public want support for agriculture to do more for nature. Let’s hope they stand with us in demanding policies that protect our health not some mythical free trade, export-led growth nirvana which really only suits global Big Food Inc.