BitMania: why cryptocurrencies are having a bubble. 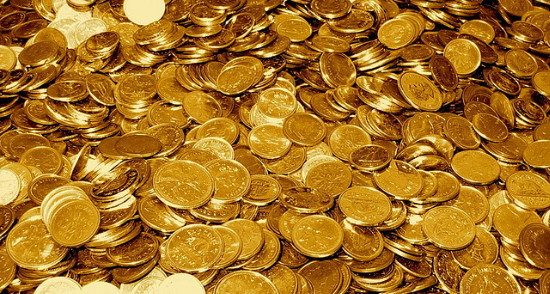 The latest spike in the price of bitcoin has all the hallmarks of investor mania.

Kristoffer Koch is the hapless hero in the cryptocurrency version of the classic get rich quick fable. He bought some bitcoin in 2009 for $26.60 when researching an academic paper on encryption. Bitcoin fans know what follows.

Kristoffer noticed Bitcoin was becoming something of a sensation in the media. After a few nervous attempts he remembered his password and discovered he had more than 5,000 bitcoin hidden away. The Guardian reported in October 2013 that this was worth a staggering $886,000.

This treasure trove will have continued to appreciate at quite astonishing levels since then. On January 1 this year Bitcoin passed the psychologically significant $1,000 price – meaning Kristoffer would be celebrating the new year with $5m in the bank. And since then the value has more than doubled. He can sell 5,000 Bitcoin right now for $11,973,450.

‘Bitcoin is a classic mania’

Criminals selling drugs on the darknet will see the currency delivering the same kinds of profits today as the sale of cocaine. But will it deliver the same rush, and the same addiction – and will it end with cardiac arrest?

There is no doubt that bitcoin is right now exhibiting all the signs of being a bubble. Indeed, this appears to be part of the attraction. Joshua Rosenblatt, a US based lawyer and bitcoin investor, said: “The returns have been unreal and there’s an aspect of not wanting to miss out on a bubble.”

Adam Button, a currency analyst with ForexLive.com, is clear. “Bitcoin is a classic mania. There is no fundamental underpinning for it, other than it’s a compelling technological story. But the only people using bitcoin are nerds and criminals, and far more the second category than the first category.”

Charles Haytar, the CEO of market analysis platform CryptoCompare, agrees. “Lots of inexperienced investors are surging into the market, and it’s causing a bit of a bubble” he said, before making a comparison to the South Sea Company.

Investment bubbles are indeed as old as capitalism itself. They have been a recognised menace since the Dutch Tulip Bubble ruined the foolhardy of Holland in 1637. The price of a tulip grew 20-fold and eclipsed the price of a grand manor house before suddenly collapsing and losing 99 percent of its value.

Then followed the South Sea Bubble when a single firm was granted a monopoly in trade with South America by the British state. Shares in the South Sea Company lept from £128 in January 1720 to £1050 by the following June, before suddenly collapsing and causing an economic crisis.

The value of an ounce of gold

In living memory we have also experienced the dotcom bubble. The NASAQ Composite rocketed from 500 in early 1990 to 5,000 in March 2000. And then the index crashed in October 2002, causing a recession. And then of course the 2007 collapse of the housing bubble.

The question for investors, large and small, is, where are we in the Bitcoin bubble cycle? Can money still be made? The question for the rest of us is, how important is bitcoin and how might all this affect us?

The growth of Bitcoin in the last few months is phenomenal. In March, the price of a single coin exceeded the value of an ounce of gold, according to the BBC. Since then it has nearly doubled.

Can this growth be sustained? There are some arguments being made that it can. Bitcoin, it is suggested, is only now coming of age. Get in while you can.

Adam White, vice-president of GDAX, believes the latest spike is because institutional investors are increasingly involved because trade is about to get a lot easier. The hike is “really correlated very tightly with a lot of new inbound institutional interest.”

There has been a rush of investment from Japan following the announcement by the government that the currency was now a legal payment method. Haytar notes that the “Japanese have given bitcoin the green light as a currency and are looking to increase the rigour that their exchanges are subject to.” Ulmart, the largest online store in Russia, will also begin accepting Bitcoin.

Our industry is up for disruption

Even the Financial Times is reporting on adopters of the Bitcoin craze. The paper reported this week that Abigail Johnson, the chief executive of Fidelity, a 71-year-old firm holding $2.2tn in managed assets, was accepting Bitcoin in its canteen. “I am in a traditional financial services business, but” – she said – “the evolution of technology is setting our industry up for disruption.”

Further, it seems Bitcoin may be about to solve a problem which is slowly leading to a potential crisis. 56 firms from 21 different countries have reached an agreement on how they will use the Bitcoin blockchain in future. This is apparently hugely significant.

These factors suggest that the Bitcoin journey is only at the beginning, that we are all early adopters and pioneers and like Kristoffer we can throw a disposable amount of cash and then in a few years buy a luxury home in the South of France and a yacht.

Collapsing all the way to zero

But. Abigail is elsewhere reported setting out the problems with Bitcoin. It has some technical problems – ledgers can and have been hacked. It could be made illegal, rival currencies are illegal in most countries. No overall authority is in control. And it’s not as useful as it might seem. “We need to come up with use cases for this technology,” she says.

The main problem, clearly, is the price can drop. And it does. As CBS Money Watch reported: “The bitcoin market crashed three times between 2011 and 2014, plunging more than 50 percent each time.” In January, after passing the $1,000 line it almost immediately fell by $200.

There are other very serious reasons to be concerned. Firstly, there is nothing to prevent the value of Bitcoin collapsing all the way to zero. There is no central bank ready to pump billions buying up currency when the market turns, as the Bank of England has done on many occasions to prop up the pound.

A simple transfer of wealth

There is no regulation of the currency, no rules. Added to this, it is possible to trade the currency with almost total anonymity. Nobody knows who owns how much.

This may be fine for the time being. But the introduction of larger investors changes everything: someone could short Bitcoin and then sell enough to cause a drop in price. What if a major investor like George Soros –  “the man who broke the Bank of England” – went to war with bitcoin?

The other issue is bitcoin does not and cannot create value: so value must be coming from somewhere else. In effect, every time the price of bitcoin rises the worth of all the currencies being sold falls. Your pound is worth ever so slightly less. The early investors have make their fortunes, but this is ultimately a simple transfer of wealth from everyone else.

Will bitcoin be Myspace?

Does this matter? The current spike means that the digital currencies combined are now worth a total of $79 billion. Bitcoin is worth $35 billion – reaching the same market capitalisation of Ford, at $45 billion, and Tesla, at $50 billion. A drop in the ocean in terms of currency. Where will it be in a decade’s time?

And then there is the rise of rival currencies. The rise in price suggests there is more demand for bitcoin than there is supply – the magic of Bitcoin is the level of supply is more or less known (something that historically proved not to be the case with gold). But other companies can make the same gold, and that is an unknown.

So how big is the cryptocurrency market, and will this market be saturated by other newer, better versions? Rival currency Ethereum has now reached $17 billion and Ripple has surged to $13 billion in recent weeks. Will Bitcoin be the MySpace of digital money, with its value collapsing when a Facebook finally arrives.

Wolf Richter, an analyst, raises serious concerns about new versions of bitcoin, rings the alarm bell. He said: “After these blistering surges of thousands of percentage points in the shortest time, no one is even trying to pretend that these are usable currencies.”

And when the price does fall, who are you going to sell to? It is likely that the fact bitcoin is used as a currency to buy drugs and illegal services on the darknet has provided something of a buffer. If you fear a drop in value, you can always get onto the latest version of Silk Road and “liquify your assets”. But if the price collapses by half in a day, will dealers still deal?

These are all factors that suggest that Bitcoin is a very risky investment. But the most significant indicator is simply the rise in price itself. This is mania pure and simple.

The Dotcom bubble as appetizer

Haytar is very clear: “I would not advise anyone to buy right now. I’m worried that the lack of rationality at this point might hurt the market.” Richter goes even further. He claims that the coming crash “will make the dotcom bubble look like an appetizer.”

So where does this leave us? I want to end with our old friend Kristoffer. He cashed out most of his bitcoin to put a deposit down on a flat. Clearly the sensible move. So, is he one of the luckiest people alive, landing almost a million dollars in free cash? Or is he the biggest loser, staring at the loss of a potential $10m jackpot?

It’s a modern fable. And there is a moral. The problem with investment, as with all forms of gambling, is unless you know exactly when to jump on and when to jump off it always feels like you have lost out to someone else.