Is Britain sleepwalking into a food crisis? 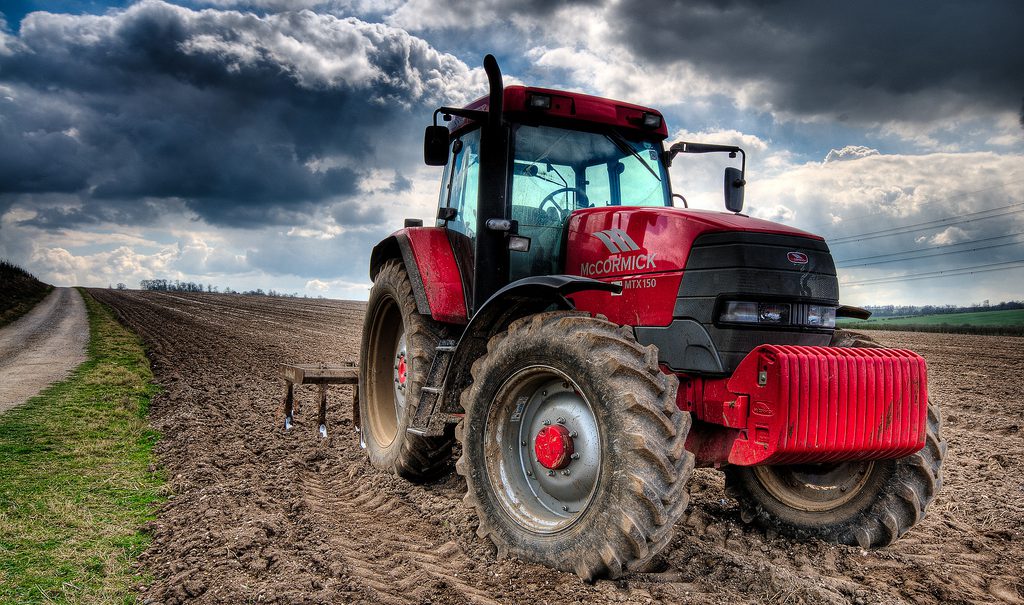 On May 8th the government will end its consultation period on a new agricultural policy for England. Revealingly, its policy document – called ‘Health and Harmony: The future for food, farming and the environment in a Green Brexit’– has more to say about the environment than either food or farming. The Department for Environment, Food and Rural Affairs (DEFRA) wishes to end the direct subsidies that farmers have received under European Union policies, and environmental schemes are at the heart of its proposals.  The policy seems likely to go through, with firm support from environmental groups.

But this is curious in two ways. Policy for the environmental consequences of agriculture is very important.  As we read this week, “In the past 50 years in Britain, through the intensification of agriculture, we have destroyed well over half of our biodiversity, and the populations of birds, butterflies and wild flowers that once gave the landscape such animation and thrilling life have been utterly devastated”.

The measures will be beneficial and they flow on from those of the EU’s Common Agricultural Policy (CAP), 87 per cent of which in England now goes to agri-environment schemes. However, they mainly concern indirect effects of agriculture. DEFRA has little to say about its immediate impacts on the soil itself and through emissions of methane and other greenhouse gases. The report’s 64 pages make no mention of the damage done to soils by modern industrial agriculture as such.

Soil scientists now understand the varied roles that soil microbes play in these areas and more: nutrient cycling; carbon, nitrogen and phosphorus utilisation; carbon sequestration; methane mitigation; soil fertility; and plant nutrient density. Carbon sequestration means a healthy soil will counter climate change since it absorbs carbon dioxide. This has stimulated a farming method called regenerative agriculture, which rebuilds organic matter and restores biodiversity in the soil, ‘resulting in both carbon drawdown and improving the water cycle.’ But DEFRA says nothing about that.

Meanwhile, the vital minerals found in food grown on British soil have reduced sharply. In 2006, it was reported that since 1940 the amount of iron in the average rumpsteak, for example, had dropped by 55 per cent and magnesium by 7 per cent. Cheddar cheese provided 9 per cent less calcium, 38 per cent less magnesium and 47 per cent less iron.

The second curious aspect is that the government largely ignores the complicated economics of food and agriculture, at the heart of most agricultural policies since the 1930s.  In the eight chapters defining new policies in DEFRA’s paper, more than three times as much space is devoted to environmental issues (including animal health) as the economic ones which affect farmers’ and farmworkers’ own livelihoods. Originally, policies were introduced to reduce price volatility and ensure that farmers had secure incomes, enabling citizens to have more reliable supplies of food. Global concern with food security was reinforced by the big spike in cereal prices in 1972-74. But by now, few politicians see agriculture as of much consequence since it accounts for only 0.7 per cent of UK gross domestic product and 466,000 jobs, or 1.5 per cent of UK employment in 2016 (of which 302,000 in England). The countryside seems to matter more for its visitor attractions.

However, the state of agricultural prices and farmers’ incomes is worrying. English farms are highly capitalised, but in the last three years they made annual profits of just £37,000 on average. Of that, 30 per cent came from non-agricultural activities and an astonishing 61 per cent from direct payments under the CAP: from agriculture itself, the average farm lost £700 per year. Even in nominal terms, total income from farming is less than half of what it was in 1995. Meanwhile, farmers’ median age is 59 and one-third are over 65, with only 3 per cent under 35. But to survive the end of EU direct payments, DEFRA offers only a pious hope, not a policy: “Removal of Direct Payments may be offset in a number of ways, including farm efficiency improvements and diversification, although this will vary by type and location of farm.”

Nevertheless, farming people are widely rumoured to have voted to leave the EU, although the actual evidence is mixed and it appears likely that they voted around 50:50. Farmers’ votes to leave would mirror the paradoxical finding that it was the regions most dependent on European markets that voted most keenly for Brexit. One explanation might be that farmers do not like depending on subsidies and the subsidies are associated with the EU, therefore they rejected the EU. The National Farmers Union itself recommended a vote to remain.

Higher farm prices and incomes are now needed for the sake of farmworkers as well as farmers. This is a global problem. Domestic agricultural prices largely reflect international prices, which have been the most volatile in their long history of volatility over the last 15 years. At the end of that, real prices are no higher than in the mid-1960s, according to the main global reference, the Food and Agriculture Organisation’s Food Price Index.

The FPI is based on prices of foodstuffs as they cross international frontiers. However, because of corporate concentration, especially in retailing, the share of those prices received ‘at the farm gate’ is substantially less than it was. Farmers are price takers, squeezed by powerful businesses on either side of their activity. Not only do they receive less of the traded price for their outputs than in the past, but the real prices of essential inputs for industrial farming, such as fuel, agro-chemicals and fertilisers have gone up sharply (tropical farmers who supply coffee, cotton and cocoa to world markets have fared even worse).

This even affects US farmers. In the most recent year only one out of nine major US crops – rice – covered its production costs, and then with no profits. Cotton, barley, oats and sorghum did not even cover their costs during the price boom ten years ago. The university which published these figures called the current situation ‘normalcy’, but other American academics disagreed. As one of them reported, in 2016 the US Centers for Disease Control found “that the occupational group farming, fishing, and forestry had the highest suicide rate of any occupational group” at 84.5 suicides per 100,000 persons. Something similar is happening in the Indian Punjab – heart of the Green Revolution, which is reputed to have made many Punjabi farmers wealthy in the 1970s and 1980s.  By now, the controversy there is over the number of farmers and farm labourers who are taking their own lives. University studies show this to have been 542 over 2013-16, twice the official figure. Major causes of suicide are reported to be bankruptcy, debts and ‘farming-related issues.’

Nevertheless, the wider backlash against neoliberalism has not touched the sanctity of market mechanisms in agriculture, even though the markets that serve it fulfil their purpose of balancing supply and demand through the price system only fitfully. There is official pressure to develop large corporate units, like those in Californian dairying, still based on modern industrial inputs and equipment.  Price volatility is to be accommodated by ‘hedging’ on futures and derivatives markets as well as commercial risk insurance, without any public interventions.

But in Britain, the urgency of the situation is seen in a chronically weak balance of payments, part of which is a deficit in food trade.  In 1984, before the CAP reforms began, the UK had risen to 78 per cent self-sufficiency in all food and 95 per cent in ‘indigenous’ foods, based on international prices. Ten years ago this had fallen back to 60 per cent and 74 per cent respectively and it has stabilised at around that level. However, when valued at ‘farmgate’ prices – those actually received by farmers – Britain in 2007 produced only half of the food it consumed.

Origins of food consumed in the UK by value: 2007 The new agricultural policies, in England at any rate, are likely to worsen the precarious position of many farmers (even under the CAP, agriculture has been a devolved power in the UK). The CAP’s import duties and ‘intervention’ prices above market levels brought an end to the UK’s ‘Cheap Food’ era, which started with the repeal of the Corn Laws in 1846.  The CAP replaced a previous policy which was designed for British needs as a food-importing country. This supported farm incomes with ‘deficiency payments’ to farmers when their costs for a crop were above the import price.

In addition, marketing boards – despite their name – took distribution and pricing essentially out of market hands, with prices negotiated year by year between all sides of the business.  They started with the Milk Marketing Board in 1933, when market concentration had enabled dairies to force down the prices they paid to farmers – just as in recent years. The MMB ensured the production, distribution and availability of good-quality milk and dairy products at stable prices for over 60 years. These measures were allied with practical, free technical advice to farmers from a government agency.

The economic principles of those interventions were sound, even though they accompanied the shift to industrial farming methods. However, because of the World Trade Organisation’s rules we cannot now go back to a system like that. The UK will be ill-placed to secure any changes in those rules, as just one among 164 member countries.

DEFRA’s current proposals portend a serious crisis in English agriculture, which will be entirely of the country’s own making.  If our farmers cannot afford to continue in business, who will feed the rest of us?