Our constitution is being rewritten – the time to fight is now 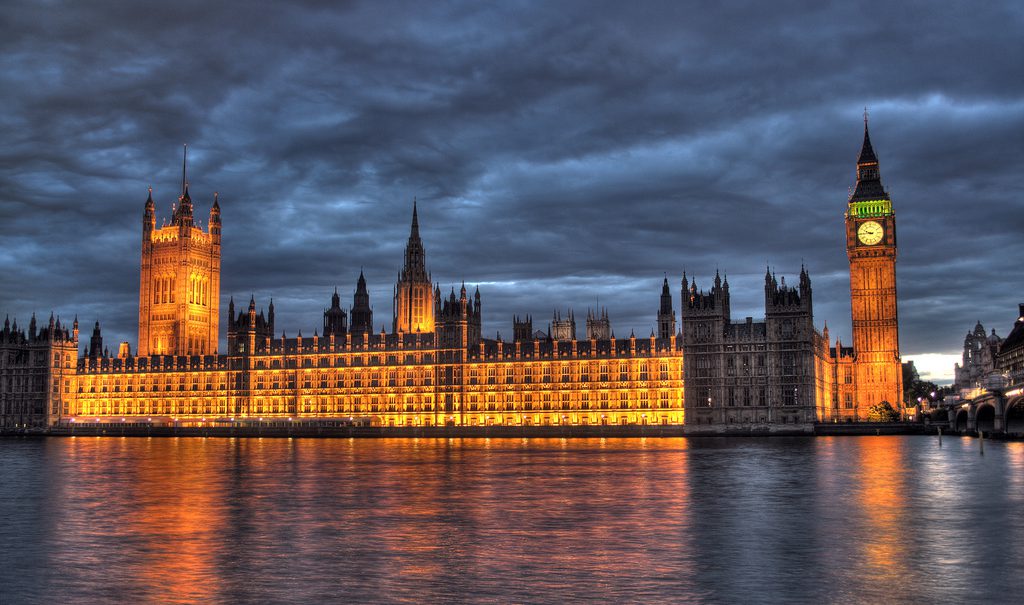 Our constitution is being rewritten by perhaps the most right-wing government in modern British history, propped up by an even more fanatical party, the DUP. This week, despite an orchestrated campaign to amend the legislation previously known as the ‘Great Repeal Bill’, we’ve failed to land a blow on the government.

The battle is by no means over, and the renamed EU Withdrawal Bill will shortly move to the Lords. But it should be a wake-up call, that we can’t just wait for another government. Vital protections, safeguards and rights are being removed from us right now, and the EU Withdrawal Bill is just the opening salvo. It will be followed by legislation on food, farming and fisheries, on immigration and borders, on trade and customs.

The last of these bills was introduced into parliament two weeks ago, and carries with it serious implications for everyone in the UK as well as millions more people round the world. If you were worried about US-UK trade deal TTIP, you need to take Liam Fox’s new Trade Bill seriously. If it isn’t amended, we have every reason to fear a ‘TTIP on steroids’ is coming our way.

The Trade Bill will allow the British government to negotiate trade deals after Brexit. It is our only chance to make sure that these deals done will be open, democratic and accountable. And we only have a few months to do it.

Last week Trade Secretary Liam Fox rolled out the red carpet to Trump’s trade negotiators. We’re not allowed to know what they discussed, but we do know that Trump’s Commerce Secretary, the so-called ‘King of Bankruptcy’ Wilbur Ross, has said that lower food standards will be a prerequisite for any US-UK trade deal. So TTIP’s infamous chlorine-washed chicken and hormone-filled beef are likely to appear on the British menu. We also know US politicians are desperate to open the NHS to US healthcare multinationals.

As things stand, MPs have no right to know what’s going on in these talks – or the talks that Fox hopes will commence with 16 other countries including human-rights bashing Saudi Arabia and Turkey. MPs can’t set any guidelines for Dr Fox. Once he concludes a trade deal with any of these countries, they can’t amend or stop that deal. If they’re very good, they might get a debate.

As one newspaper editorial explained this week, the Trade Bill “is a coded way of saying that Dr Fox reserves the right to do whatever he likes without pesky MPs getting in the way”.

Fox’s behaviour to date justifies suspicion. It was, after all, Dr Fox who signed the UK up to the EU-Canada deal known as CETA, when it was discussed in Brussels. He told a furious parliamentary committee last year that two years simply wasn’t enough time for Westminster to have a proper debate.

The Trade Bill was preceded by a white paper. In among the platitudes about the great benefits of global free trade, there was mention of transparency and input to trade deals from ‘stakeholders’ like…. parliament. The white paper generated tens of thousands of submissions from campaigners. But given that the Trade Bill was published just one day after the submission closed, it would be safe to assume that Fox’s officials haven’t given those ‘inputs’ a whole lot of weight in writing the bill.

A proper timetable for the Trade Bill will be published any day now. Yesterday MPs of different parties will launch a campaign, backed by campaigners, to amend this bill. The demands shouldn’t be controversial in any modern democracy – that parliament gets to set guidelines for trade deals, that it can scrutinise the work of ministers while negotiations take place, and that it gets to stop deals it doesn’t like. Devolved administrations must get a say when their powers are involved, human rights and environmental impact assessment must be mandatory, and there should be as much openness as possible.

Trade deals today touch on more and more aspects of our lives – from how we run public services like the NHS, to how we set food standards, to whether or not big business is able to sue governments when they pass laws which corporations don’t like. So-called ‘e-commerce’ rules will decide what tech giants like Amazon and Google can do with your private data. There is no reasonable argument that MPs should not have a say over such major pieces of public policy.

And that’s before we start worrying about other people’s rights. Dr Fox, who hung a picture of arch-imperialist Cecil Rhodes above his desk and whose own staff mock his trade strategy as ‘Empire 2.0’, is in talks with countries with atrocious human rights records. Britain, home to some of the biggest pharmaceutical corporations, has always pushed for tighter intellectual property rules, which can literally mean life or death for people who need access to vital medicines. Britain has regularly been the most vociferous proponent of corporate courts, and is dedicated to expanding supermarket power around the world.

What’s more this procedure will be used to pass any post-Brexit EU-UK trade deal. As things currently stand, Brussels MEPs will have far more power over such a deal than Westminster MPs. In fact, depending on the content, it might well be that the deputies in the regional parliament of Wallonia will have more say than our MPs.

So much for parliamentary sovereignty. We have a few months to stop this.