Criticism of economics isn’t ‘dangerous’. But a stubborn monoculture is 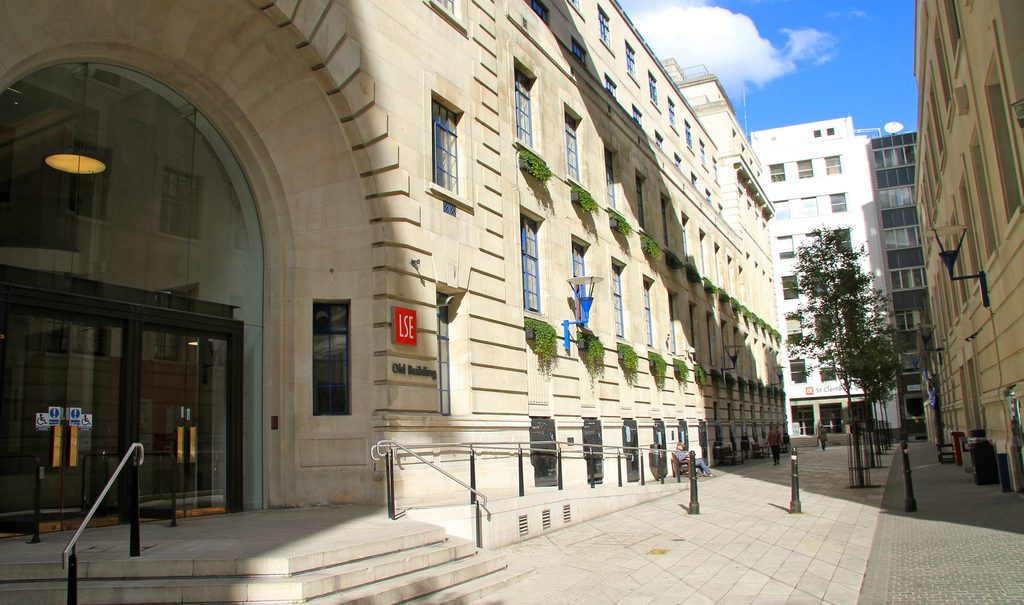 In recent months, there has been a lively public debate between mainstream economists and its critics. Newspapers such as the Guardian have declared that economics needs a ‘reformation’, while there have been a number of response articles from mainstream economists complaining that the economics profession is misunderstood, and that it has been the victim of ‘dangerous’ and ‘ill-informed expert bashing’ for both failing to predict the 2007/8 financial crisis, and failing to take on new approaches.

The main points of contention seem to be:

1. Forecasting is very difficult
2. Most economists are not involved in forecasting or macroeconomics
3. A more pluralistic approach would dilute economists’ influence over policy makers
4. Economists are not right-wing as commonly portrayed
5. Economics has become increasingly empirical
6. Critics misinterpret the use of mathematical models
7. Economics is no longer based on simplified assumptions such as rational behaviour
8. Criticism is dangerous because it erodes the authority of experts

We believe that the critics have a point, one which many economists’ responses have failed to address. Nonetheless, the critics often get some things wrong about the discipline, which only serves to muddy the waters and put economists on the defensive. Below we will discuss each of these eight issues in turn to see what the critics have right and wrong.

The point that forecasting is hard is obviously true, and it does play a smaller role in economics than it does in something like meteorology. However economists, and not just those who work for central banks, do regularly make forecasts which have enormous influence over policy makers, the private sector, the public – and therefore the economy. When in 2004 Alan Greenspan responded to suggestions that housing was in a bubble by saying ‘a significant decline in consumer incomes or house prices could quickly alter the outlook; nonetheless, both scenarios appear unlikely’ he was making a forecast that would have a profound effect on the subsequent course of events.

Forecasting also has a special role to play in the scientific method, as a way of falsifying theories. This is more difficult in the social sciences than in something like physics, but one reason the 2007/8 event gets so much attention is because it seemed to falsify many of the key assumptions of mainstream economics, such as the influential idea that markets are generally efficient and self-correcting, while heterodox approaches that have traditionally been marginalised did better.

The real problem though is not that mainstream economists failed to predict ‘the timing, extent and severity’ (as the London School of Economics put it) of the crisis – economists have never been held to any such standard of forecasting skill, and no one asked for an exact date. It is that they could not have predicted or warned of the crisis, even in principle, because their models didn’t allow for such events. Furthermore, the models directly contributed to the crisis by enabling the financial sector to develop increasingly risky and dangerous products.

2. Most economists are not involved in forecasting or macroeconomics

It is also true that most economists are not involved in forecasting (nor are most meteorologists). However the fact that #WhatEconomistsReallyDo involves lots of things other than warning of #MajorEconomicCatastrophes is not much comfort to the many millions of people who have been affected by such events; or to those who worry that economists are still not using the appropriate tools to model the economy.

On plurality, it is often pointed out by economists that offering diverse viewpoints makes it harder for economists to shape policy. As Simon Wren-Lewis puts it, ‘The point is obvious once you make the comparison to medicine. Don’t like the idea of vaccination? Pick an expert from the anti-vaccination medical school.’

This is an interesting – but not unusual – choice of analogy, given that mainstream economists were the ones who saw no need to vaccinate the financial system against crisis. But to stay with the medical comparison, surely a bigger issue than plurality (doctors don’t always agree either) is rebuilding credibility with the public; a 2017 UK survey by YouGov asking which experts could be trusted when talking about their own areas of expertise showed that doctors were trusted by 82 percent, and economists by 25 percent. This isn’t just the fault of the media, or a public relations issue: according to Dean Baker (who presciently warned in a 2005 paper with David Rosnick that for economists to miss the US housing bubble would be an ‘act of extraordinary negligence’) the crisis cost each person in the US around $27,000 in lost earnings.

Comparing economics to a well-established science like medicine simply assumes the conclusion: that economics is a science. The all-too-common corollary comparison of heterodox thinkers to anti-vacciners – or climate-change deniers, or creationists, or all three – also points to the fact that mainstream economics, or at least the part of it with influence over policy, remains too much of a monoculture with little real interest in reinventing itself, despite numerous well-publicised initiatives to do just that. It seems that economists’ interest in the benefits of competition and new ideas breaks down rather quickly when it comes to their own field.

4. Economists are not right-wing as commonly portrayed

On politics, it is correct that economists aren’t all the free-marketeers they are so often portrayed as by the media. At the same time, one reason for this perception may be that economic models incorporate various assumptions that tend to lead to unequal and unfair outcomes. For example, mainstream economists have traditionally aimed to optimise economic growth and paid less attention to distribution, in part because their models make what amount to symmetry assumptions which don’t fit easily with things like extreme inequality. Another concern is that many influential economists have been captured by the financial industry through things like lucrative consulting contracts, one cause of ‘regulatory capture’. For instance, one study found that whenever none of a paper’s authors worked in a business school, it was ‘significantly less likely to be positive on the level of executive compensations and significantly more likely to be negative.’

On the use of data, it is again true that economists have been incorporating more empirical data into their research, which is an encouraging development. However, while most economists who speak of a data-revolution lean on a 2013 paper by Daniel Hamermesh that makes this discovery, what they don’t mention is that Hamermesh himself concludes his paper cautiously, suggesting it is too soon to be confident that this development will do much to change the discipline. Besides, the real test is whether the data is being used to falsify key assumptions and modelling approaches. One data point, for example, is that the main macroeconomic models all failed during the crisis. But according to Paul Krugman, writing as part of the Oxford Review of Economic Policy’s Rebuilding Macroeconomic Theory Project, ‘Neither the financial crisis nor the Great Recession that followed required a rethinking of basic ideas.’ What then would it take?

6. Critics misinterpret the use of mathematical models

Economists claim that critics do not understand their mathematical models. However, it seems that non-economists are beginning to understand these models all too well – for example the Nobel-winning techniques used to evaluate complex derivatives, which blew up so spectacularly during the crisis. In fact, some of the most vocal critics include people with a training in mathematics or physics, who simply believe that the mathematics used by economics is inappropriate for the problem at hand.

And while it is regularly said that mathematics acts as ‘a powerful lie detector’ because it forces the economist to clarify their assumptions, the reality is that complex mathematics is often used not to clarify, but to obfuscate; something that even prominent mainstream economists – Paul Romer being a case in point – now recognise (though this will come as less of a surprise to people with a training in media than to those trained in abstract theory). One of the main criticisms of models used in everything from environmental economics to quantitative finance is that, in the wrong hands, they are easily adjusted to give whatever answer the modeller wants.

7. Economics is no longer based on simplified assumptions such as rational behaviour

A related claim from economists is that their popular critics are attacking a simplified impression of their models. Lionel Robbins for example wrote back in 1932 that if it were ‘commonly known, if it were generally realised that Economic Man is only an expository device … it is improbable that he would be such a universal bogey’ (today, economists prefer to use the term ‘straw man’). It is true that areas such as behavioural economics have grown in influence, and economists have never relied exclusively on simplifications such as rational economic man. However, these modifications generally take the form of small adjustments to existing models rather than a wholesale rethinking of the approach, something which has been left to other disciplines such as psychology.

Economists rightly criticise those who repudiate their work without reading it; curiously, though, they do not always abide by that same standard: among all the social sciences, economists are by far those least likely to read outside their discipline. One benefit of having economics discussed in the media is exactly that they can pull together ideas from different experts.

8. Criticism is dangerous because it erodes the authority of experts

Finally, there is the oft-repeated claim that criticism is ‘dangerous’ (or even ‘anti-intellectual and dangerous’ as a piece in Times Higher Education said) because it erodes public trust in experts. But how could public criticism of mainstream economics possibly be more dangerous to society than something like the complete failure of orthodox economic tools during the crisis?

To summarise, the problem we believe is not so much that economists are misunderstood by critics or by the public; it is that they have failed to adapt following the crisis, other than to come up with new ways of defending their tired paradigm. Heterodox economists and people from other disciplines, including those working in the media, have already played a useful role by contributing new ideas and advocating for alternative approaches from areas such as biology and complexity theory. But if further progress is to be made, mainstream economists and policy makers need to engage more seriously with alternative viewpoints, and realise – as many in the public and the media have already done – that the days of monoculture neoclassical economics are over.