Devalue the currency to save UK manufacturing 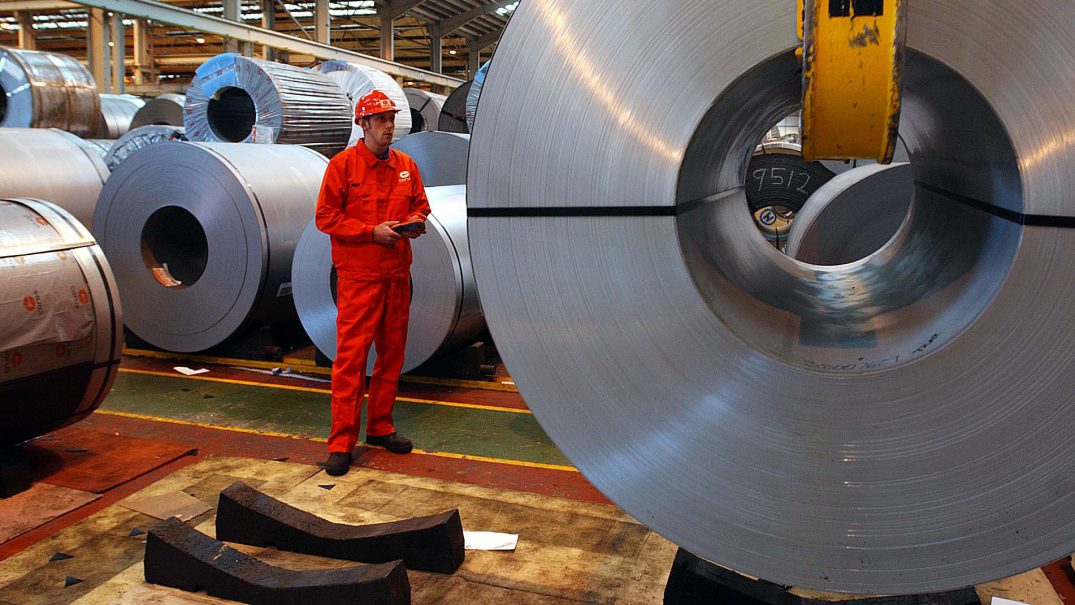 A steel plant at a Corus site, Wednesfield, Wolverhampton. UK manufacturing has suffered a steady decline since the 1970s. PA Photo: David Jones

In some ways the UK economy is doing quite well. There is nearly full employment. We are experiencing some – but not much – economic growth. Inflation is not a problem. But in other ways we are doing much worse.

In particular, the UK economy is extremely unbalanced in at least five ways. The proportion of our national income which we devote to physical investment is one of the lowest in the world, which is the main reason why we have almost no increase in productivity. We have de-industrialised to a point where we cannot pay our way in the world. For this and other reasons we have a massive balance of payments deficit, now running at about 7% of GDP.

To finance this deficit, we are running up debt in all directions. Our debt is growing much faster than our capacity to service it, let alone repay it. And finally, what little growth we do have is almost entirely driven by consumer demand and not by net trade (export minus imports) and investment. Because of all these inter-related problems, we have static incomes, widening disparities in wealth and incomes, a deeply divided country on both socio-economic and regional counts, and an unsustainable future.

What can be done to overcome these problems? Basically, they all stem from the same source. Our economy is deeply uncompetitive. The price we charge the rest of the world for our goods is far too high, which is why most of our industry has collapsed. Even as late as 1970, almost on third of our GDP came from manufacturing.  Now it is barely 10%. Because most manufacturing has for a long time been unprofitable to locate in the UK, we don’t invest in it, which is a major reason why our total investment levels are so low.

No other developed country has a foreign payment balance as bad as ours.  We cannot go on enjoying a living standard which is 7% more than we are earning. No wonder, then, that we are running up debts at an unsustainable rate. A foreign payments deficit sucks demand out of the economy which has to be made up by spending financed by borrowing if the economy is not to collapse. This is why both the government, the corporate sector and consumers are now borrowing at unprecedented rates to plug the gap left by our foreign payments deficit, which may be as high as £130bn this year.

Our problem is that for decades now, the UK has had no exchange rate policy. The value of the pound has been left to market forces, which have driven it up to unsustainable levels as we have allowed ourselves to borrow and to sell off assets like no other country in the world. The result, as most manufacturing has become unprofitable, is that industry has been starved of talent, investment has slumped, we have not got enough to sell abroad to pay for our imports, and we are getting deeper and deeper into debt. We can’t go on like this. We need to get a grip on this situation before it is too late, and implement currency devaluation. This would make UK-manufactured goods cheaper on the foreign market, going some way to boosting our manufacturing industry and resolving our huge trade deficit. We need a government that realises that the value of the pound is the most important price in the economy.