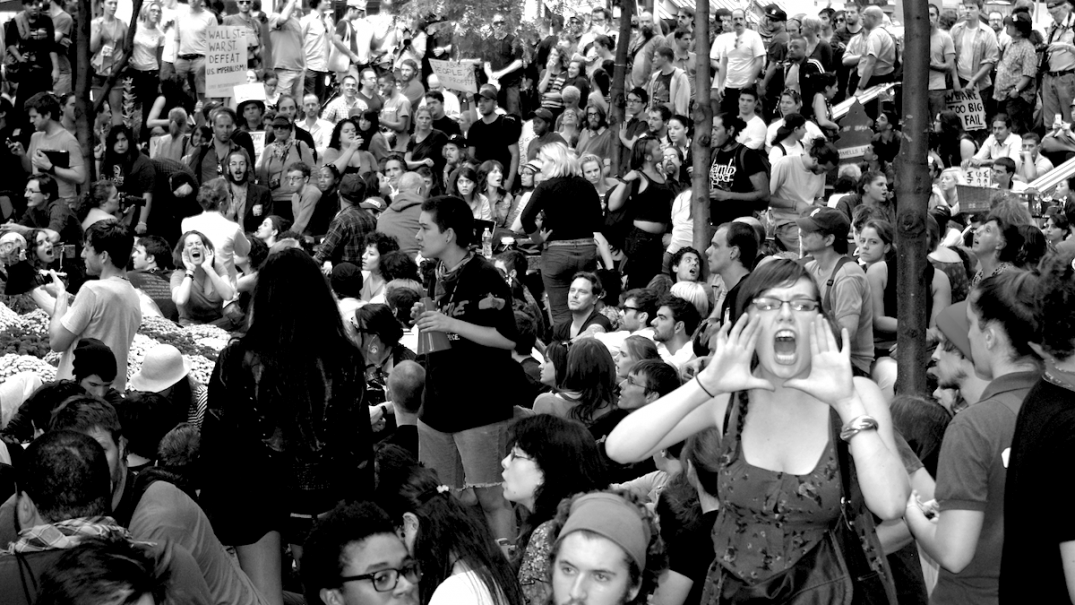 Depending on your constitution (and/or the most recent poll you have seen), you might feel we are living in exciting (or terrifying) political times, or you might agree with Brenda in Bristol that there is just too much politics these days. Either way, it’s important not to lose sight of the long-term changes we are working towards. Knowing how to communicate effectively is a key part of creating this change.

At PIRC, we work with others to explore how to best frame the issues we care about (creating a nicer, more equal, happier, greener world). From the varied groups and issues we’ve worked on (including our current work on Framing the Economy), we’ve summarised five things anyone working for a more equitable, democratic and sustainable society should keep in mind when communicating with people in this week before the election (whether you’re out door-knocking, sending your final email campaigns or writing blogs).

We aren’t as divided as we think. Just as we can all be horrible sometimes, we can also be really wonderful. Research suggests people are much nicer than we think; and that we share more values in common than we assume. In particular, people prioritise values around caring about others more than we think.

In a similar vein, think about when your own mind has been changed. Has it been when someone’s been shouting at you, condescending you, or calling you an idiot? Unless you’re a bit of a masochist (and that’s fine), the answer’s probably no. So respect the people you’re talking to—they’re not stupid, and they’re not evil—and respect the journeys they might have to go on to really hear what you’re saying.

Will we convince everyone? No. But we’ll also lose our own supporters (and possibly our souls) if we bend to their requests in order to win everyone over.]

Most people already agree with you. The system is broken. The rich get richer while the poor get poorer. The ‘establishment’ are not to be trusted (variously understood as bankers, corporations, politicians, and the media). Even better: people care.

The bad news? People are cynical and fatalistic. People think we’re screwed, and there’s not much we can do about it.  So when you say “The system is rigged!” people don’t think “And we can work together to fix it!” They think “And that’s just the way it is cos people are selfish / it’s always been like that / nothing changes.”

Naming the problem is important, but not sufficient.

If we want to motivate and energise people this election (and—gasp—beyond), we need to talk way more about solutions. Clear, constructive, collective solutions. Solutions that match the size of the problems we face. There’s no point beinging unrealistic—it’ll just cause disillusionment and disappointment when it doesn’t happen—but let’s show that there are ways of doing things better, and that change is possible.

You know how frustrated you get when you’ve seen that terrible advert for the 400th time? Well, it’s kind of on purpose. Advertising is made to be repeated over and over and over and over because, however annoying it becomes, that’s the way it sticks in your brain. Savvy politicians know this—hence those repeated rhetorical flourishes we can all cite word for word. If you want people to remember what you’re talking about, get your message clear, as snappy as possible, and keep getting it out there.

It also means that working together and acting in solidarity with each other is good for all of us. We should be repeating and passing on each others’ messages in order to give them more strength.

Sound obvious? Perhaps the less obvious bit is that even when you’re talking about how annoying the advert is you’re reinforcing their advertising. (Just like saying ‘don’t think of an elephant’ doesn’t stop you thinking of an elephant!) In other words, don’t repeat messages you don’t agree with, even to refute them.

This means myth-busting is a bust. One study showed that people who read a myth-busting factsheet about vaccines were more likely to believe they were true afterwards, and actually attributed the myths to the health organisation sponsoring the factsheets. So if you’re talking about policies or rhetoric you don’t agree with, give them as little airtime as you can. Instead, repeat and reinforce your own.

There are strong frames around competence in most elections. We are repeatedly being told who is competent to lead the country in difficult times, make decisions about our economy, etc. from all sides in this one. But the dominant framing of competence is often narrow and incompatible with creating a more sustainable, equitable and democratic society.

We need to disrupt this frame. Wherever possible, we must make the case that competence includes responsible care for people and planet. Any politician making policy decisions that worsen living conditions, destroys nature, fails to represent communities (etc. etc.) is not competent: different choices can and should be made.

Post-Brexit, post-Trump, post-Manchester, we need to be ever-vigilant for the racist and xenophobic nationalism that casts a huge shadow over so much of our political debate. The response to this has often, at best, been too quiet: too many of us have sat in that shadow. At worst, people have pandered to these beliefs in order to win over those with opposing views.

We must, instead, undermine these frames.

Remember that myth-busting doesn’t work, so this doesn’t mean saying ‘immigrants/ refugees  are not / do not…’. Instead try the show don’t tell principle: showcase diverse voices and faces, telling a story of our country that is inclusive and fair through what people can see.

At the very least, we all—whatever our issue—should check over what we’re saying for whether it could be read in a way that excludes people of colour or immigrants from the story of our country.

If you want a bit of inspiration, the Irish campaign for a yes vote on the marriage equality referendum in 2015 is a good ‘un (they won an ‘impossible’ 62% yes vote):

Lastly, take care of yourselves, and each other

Campaigning, canvassing, even just talking to your own family about politics, can be really, really hard. Hearing the lies told in the media and the horrible events that occur daily is heavy stuff to take. It can all be a bit exhausting at least, and traumatic at worst. Make sure you’ve got some people you can shout and swear at (like, good friends with tea / cake / beer). Take time out. Sleep. Eat.

Remember self-care is a political act.

This article was originally published by the Public Interest Research Centre (PIRC).