Publicly fund the transition to a society beyond work 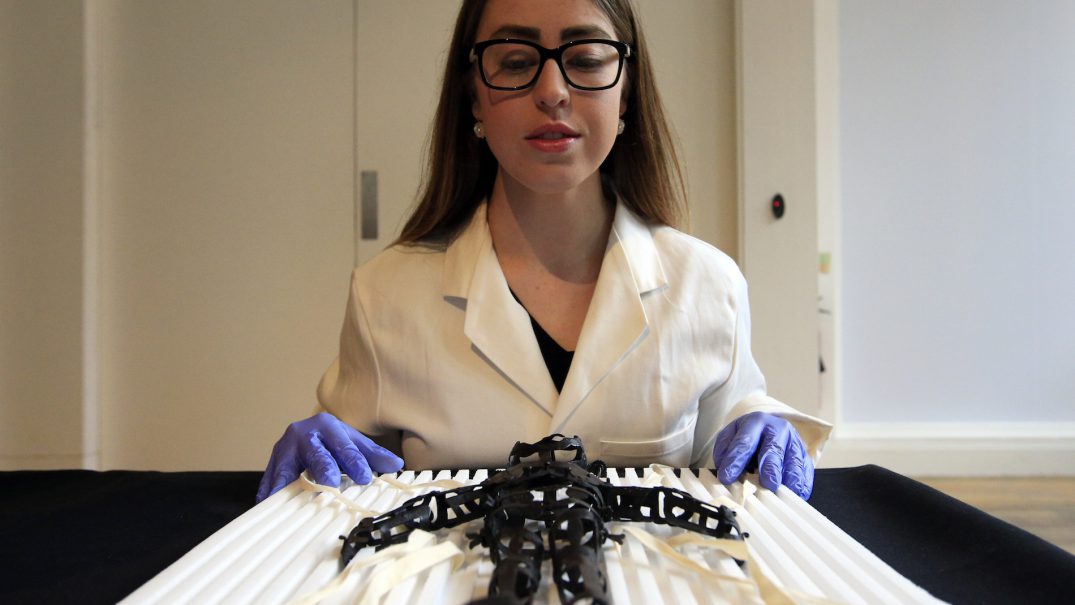 Conservation intern Vanessa Applebaum inspects a 16th-century articulated manikin, which illustrates how ideas about robotics helped our understanding of the human body, during a press preview of the upcoming Robots exhibition at the Science Museum in London.

Technology has changed everything, now politics – and how we relate to each other – needs to catch up. Whether you call it post-capitalism or ‘fully automated luxury communism’, the essence of this remains the same: that technological gains, rather than enhance the profits of those who own the means of production – the industrial robots and intellectual property, as much as the factories and the mining drills – should lead us to a society of leisure; that the dividend of new technologies – AI, robotics, and synthetic biology – should redound to the benefit of human beings. This, then, is the vision for a left politics which remains comprehensible to social democracy, we might have a twelve hour work week for instance, but which also transcends it.

The present nightmare at the heart of this dream is all too familiar. Right now innovation means greater precarity in work, just ask an Uber or Deliveroo worker, as well as technological unemployment and falling real wages. What Keynes got wrong in his visionary ‘Economic Possibilities for Our Grandchildren’ is that technology, under capitalism, can never mean less work. After all, that doesn’t generate higher profit or allow businesses to stay competitive.

Last year Andy Haldane, the Bank of England’s chief economist, spoke of how fifteen million jobs in the UK could be lost to technological change in coming decades. The spectre of mass technological unemployment, nothing new but now set to be a deluge – especially with AI and advanced robotics – is fast approaching. What we now need to understand is that this is not a threat, but the path to an upgraded civilisation.

Marx was making precisely that point when he wrote, “Through this process (automation) the amount of labour necessary for the production of a given object is indeed reduced to a minimum, but only in order to realize a maximum of labour in the maximum number of such objects. The first aspect is important, because capital here – quite unintentionally – reduces human labour, expenditure of energy, to a minimum. This will redound to the benefit of emancipated labour, and is the condition of its emancipation.”

Emancipated labour? That is a post-work world, one where we need only engage in waged labour for a few hours a day. Getting there requires a new kind of politics – both in and beyond government – as well as necessitating a cultural shift in understanding that work isn’t a unique source of spiritual nourishment. Attendantly, it will also require people to figure out how best to flourish under conditions of post-scarcity. How to live, as Keynes put it, “wisely, agreeably and well”. That is probably the biggest question of all, given that such conditions are entirely without precedent in the history of our species.

But how do we get there from the here and now? After all, fully automated luxury communism is a long way from a mixed-market economy that is increasingly high-tech and low regulation. Well, alongside introducing a guaranteed social wage and ensuring that public goods like housing, health, education and maybe even public transport are free at the point of use, I’d also have a government-sponsored ‘incubator’ – call it ‘FALCvest’ – that examines parts of the economy that can be transitioned to full automation. Such an incubator would trial solutions and find whether they were scaleable and safe. Self-driving ambulance drones? How much labour time would they save? And would they deliver better services? What conditions would have to be met for their adoption? 3D printed social housing? How effective, and beautiful, would the houses be? Could we also guarantee soundproofing and total energy insulation? How many hours would be saved?

In essence, then, FALCvest would offer venture post-capitalist solutions. It would undertake feasibility studies in regard to automating certain parts of the economy, calculating post-capitalist returns on investment, that is to say the time saved for workers – who would still be paid through the guaranteed social wage, and who would still work a few hours a day regardless.

But as well as doing feasibility studies – in collaboration with service users, workers and citizens – undertaking trials and experimenting with new technologies and processes in moving to full automation, FALCvest would also operate a Venture Deflation Fund. Technological progress, it increasingly appears, is price deflationary in nature. The aim of the fund would be to offer seed capital to inventors and entrepreneurs to create new technologies, platforms and products which take goods and services out of commodity circulation and into the commons. These products would, again, be free at the point of use and maintained by an ecology of volunteers (don’t forget that guaranteed social wage) and public sector employees – on a significantly reduced working week, of course.

Over time, as technologies continued to improve: as the cost of data and energy storage, as well as bandwidth and computional power continue to plummet, FALCvest would seek to find further efficiencies in the economy, ensuring that the advances of technology, consistently, are at the service humanity rather than profit.