Shooting for the moon: Why we need a new mission for a zero carbon future 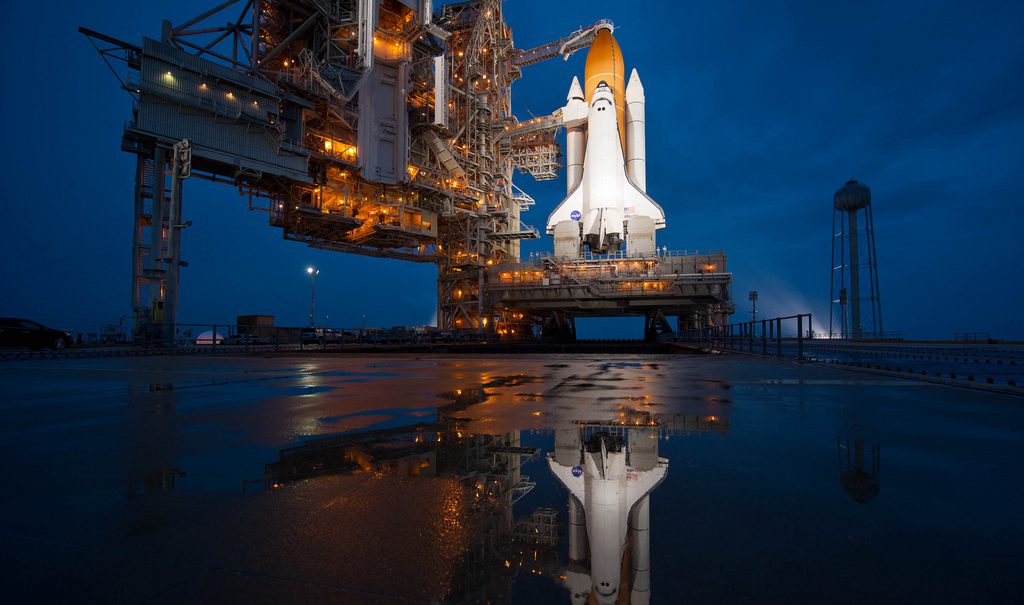 “The important thing for Government is not to do things which individuals are doing already, and to do them a little better or a little worse; but to do those things which at present are not done at all”

On 20 July 1969 Neil Armstrong and Buzz Aldrin set foot on the moon. 48 years later, the lunar landing remains one of humanity’s greatest achievements. But the “giant leap for mankind” wasn’t merely a symbolic event – it had major repercussions for life back on earth.

When John F. Kennedy announced the goal of sending an American to the Moon in 1961, he kick-started a frenzy of innovation across the US economy. NASA’s pioneering work led to major technological advances in areas such electronics and computing, which generated spillovers across the economy. Without the research and development that went into the moon landings many of today’s top tech companies may not have been founded, and the world would likely be a very different place.

The moon landing is a successful example of ‘mission-orientated’ policy. Rather than focusing on particular sectors – as in traditional industrial policy – mission-oriented policy focuses on overcoming a specific societal challenge. It involves strategic thinking about the direction we want to move towards, and the kind of institutions and technologies we need to get there.

The importance of mission-orientated policy lies in the fact that innovation has both a rate and a direction. The direction can be left to the invisible hand of the market, or it can be actively steered by policymakers to shape new futures. Had the US government not set the goal of putting a man on the moon, the technology that took us there would likely never have been developed, and certainly not within the same time frame. Guided by the logic of profit maximisation, there was no incentive for the private sector to take up the task. The resources required, and the risks involved, were simply too great.

Economists typically hail private enterprise as the engine of innovation. But when it comes to the major technological breakthroughs of the past century, the reality is that most of the heavy lifting has been done by the state. As Mariana Mazzucato has highlighted, many of humanity’s boldest advances – from the internet and microchips to biotechnology and nanotechnology – were only made possible by early stage public sector investment. In each of these areas the private sector only entered much later, piggybacking on the technological advances made possible by long-term, high-risk public investment.

But for decades policy in Britain has been guided by an assumption that the market knows best. Not only has this resulted in a weak and unbalanced economy, but attempts at innovation have often focused on finding ever more sophisticated ways to extract value — not create it. While in the late 1960s the world’s brightest minds were inspired to work in space exploration, by the 2000s many had been seduced into the world of financial wizardry. A huge amount of brainpower was devoted to cooking up incredibly complex and “socially useless” financial instruments. These inventions – though undeniably innovative – fuelled a global financial crisis, and ultimately ended up destroying more value than they ever created. The “innovators” reaped huge rewards, while the taxpayer was left to pick up the tab. The lesson here is that the direction of innovation matters, and so we should steer our resources – both human and financial – towards activities that help solve real societal problems.

Today we face many challenges, but perhaps none are more urgent than climate change. The age of fossil fuels and mass production has generated an unprecedented amount of wealth, but rising levels of carbon dioxide in the atmosphere has led to a warming planet. If we allow the average temperature to rise over 2˚C above the pre-industrial level, then the result will be devastating and irreversible damage to our environment and ecosystems.

Unlike the moon landings, overcoming these challenges is not merely a matter of scientific curiosity or ideological supremacy – it is crucial for the survival of life as we know it. But like the moon landings, the challenge is a technological one. More than anything else, overcoming it means finding a way to delink our economy from fossil fuels without impairing living standards. Policy should therefore be orientated around a new mission —  to make a rapid transition to a zero carbon economy.

To succeed, there needs to be huge investment in research and development and a radical transformation of our energy, transport and economic systems. As before, the speed and scale of the task means that it must be state-led. But in Britain four decades of neoliberalism has hollowed out the public sector’s capacity. Steps should therefore be taken to rebuild existing public sector institutions, and increase their capacity to think and act big. But we also need to establish new ‘mission-focused’ research institutions to lead the technological transition. One of these could be tasked with accelerating the energy revolution, focusing research on renewable generation, storage and smart grids, while another could be given a broader remit to research new technologies which minimise material and energy use. Modelled on NASA, these bodies would be encouraged to experiment and take risks, and must be generously funded to ensure that they can attract top talent.

Incentives and partnerships should be established to ensure that the private sector plays a complimentary role in the commercialisation and deployment of new technologies, with rewards appropriately shared with state. Households should be subsidised to decarbonise homes within a certain timeframe via green retrofitting and new energy installations. The benefits of this wouldn’t only be environmental – a systemic decarbonising of the entire economy would create thousands of new high skill, high pay jobs across the country.

All of this will have a significant cost. Mission-orientated policy requires not just any type of finance but patient, long-term, committed finance. But where will the money come from, particularly when public budgets are squeezed and private finance is retreating from funding the real economy? Here there is much to learn from other countries.

In China, Germany and Brazil, mission-oriented public funding is increasingly coming from state investment banks. One example is green energy tech, where state investment banks are now the largest funders of the deployment and diffusion phase of renewable energy, outpacing investment from the private sector. In Germany, the KfW state investment bank has played a key role supporting the Energiewende policy to attain energy security and mitigate climate change through the greening and modernisation of German industries and infrastructures.

Learning from successful examples around the world, a new British Investment Bank would leverage public capital into a major source of long-term, patient finance. This would be channelled into public and private sector initiatives which help facilitate the transition.

Of course, Britain can’t tackle climate change alone. But there is no reason why we can’t lead the way. Two things stand in the way: an attachment to outdated economic dogma, and an aversion to courageous public policy. It’s time we overcame both.

Laurie Macfarlane is economics editor at openDemocracy, and an Associate Fellow at the Institute for Innovation and Public Purpose at University College London – a new institute which focuses on how public policy can be used to direct innovation to tackle societal and technological challenges.