The Currency of Localism 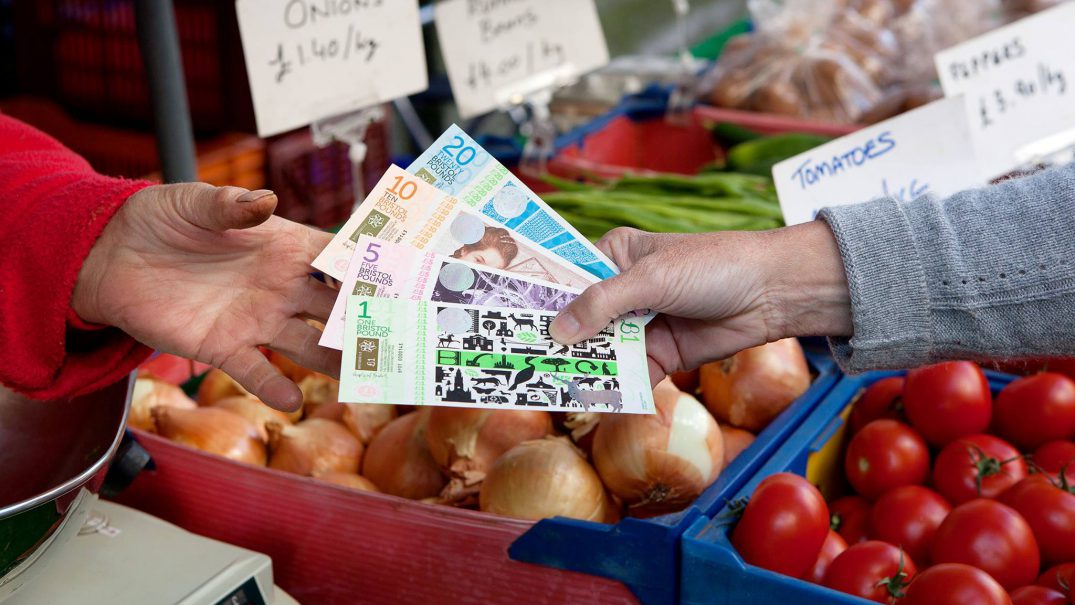 Two or three times a year, I drive back and forth between London and Valencia – a family responsibility that is no less pleasurable for being tiring.  Whenever possible on these three-day journeys I try to spend at least one night at a remote inn I chanced upon some time ago in rural France. Perched on a hilltop in the mountainous  Auvergne region, the inn offers spectacular views of the landscape, plus hosts who are unusual not just for the warmth of their welcome but also for their 100 per cent organic cuisine and their dedication to environmental conservation.  Minimising waste and non-renewable sources of energy, and maximising the use of local produce are their operational guidelines.

Vegetables come fresh from the garden, meat and cheese from nearby farms, wild mushrooms from adjacent meadows. Breakfast includes home-made yoghurt, and bread baked at dawn by the hostess using wheat from the valley below. The inn is small – a work in progress emerging slowly from what was, a few years ago, a ramshackle assembly of ruined farm buildings. Guests are never more numerous than can fit comfortably round the rustic dining table in the main house, and since the inn lies at the end of a steep, narrow road and requires persistence to find, these often turn out to have an exploratory turn of mind and to be interesting conversationalists – as indeed are the hosts.  I have dined there in the company of university professors, journalists, musicians, architects, archeologists and even a couple of aid workers on leave from French West Africa.

During one of my stopovers there about a year ago, a friend of the proprietors dropped in for an after-dinner drink. He lived some distance away in another part of the Auvergne and was on his way home from a lecture he had delivered to a group of small business owners and members of the public. Aware that the guests round the table would necessarily be from elsewhere, he launched unprompted into a summary of his talk, and of what clearly was also his passion, namely the Doume.  Being the only foreigner present, and seeing the other guests nod sagely on hearing the word, I hesitated to interrupt our lecturer’s flow by asking what the word meant. Context eventually led me to grasp that the Doume is a form of local currency; but because the hour was late and I had to leave at dawn the following day, there was no time to learn more.

On my most recent visit, however, my hosts – who are Doume enthusiasts – were happy to describe what it is and how it works.

The Doume is a medium of exchange for use solely in the Département du Puy-de-Dôme. A Doume Bank established by the local cooperative – the ADM63 (Association pour le Développement de Monnaies Locales dans le  Puy-de-Dôme) – is responsible for issuing notes of various denominations whose value is fixed at parity with the Euro. In order to trade in Doumes, businesses join ADM63 for a nominal fee. They can then purchase Doumes and use them to trade with other businesses and customers. Every Doume issued is backed by a Euro kept in reserve at the “Bank” and businesses can reconvert their Doumes into Euros, although they are encouraged not to do so except in emergencies or if they find themselves with more Doumes than they can use, or they need Euros to pay tax. Consumers can buy Doumes but not reconvert them.

Why would anyone want to deal with a parallel currency, I asked. Because our Doume is only used for trade, came the answer. When you buy from a supermarket or chain store the profits go elsewhere – and maybe even end up in tax havens. In the world of national and international finance, currencies themselves are objects of trade and speculation.  With the Doume, by contrast, there is no leakage: the currency, the trades, and the proceeds remain local. Logically, the benefits both for buyers and sellers are also local, and all that is required to produce them is that the Doume should circulate among businesses and customers.  Its very existence favours local producers and discourages predation by multinationals, thereby reducing shipments from elsewhere and the environmental damage associated with large-scale movements of goods within and between nations. In Puy-de-Dôme, hundreds of businesses are signed up to the Doume. Moreover, it is only one of several dozen similar currencies in other parts of the country.

What about the UK? My well-informed hosts assured me that the UK is definitely in on the act. They mentioned the Totnes Pound, the Brixton Pound, and the Bristol Pound, and told me that in Bristol the mayor receives his entire salary in the local currency. In Totnes citizens have a choice of ways to spend Totnes Pounds: in addition to printed notes, they can pay by text message via an electronic account, or use a custom-designed mobile phone app.

Local currencies of the kind described here are more revolutionary than may first appear, not least because they amount to a rejection of the most fundamental neoliberal principles – the primacy of the market and the monetisation of human values. They subvert a basic tenet of free trade in that they favour local producers not through special discounts or protective tariffs but because they constitute a medium of exchange centred on and exclusive to the locality. Customers can spend the Doumes in their purse solely with signed-up Puy-de-Dôme organisations all of which, without exception, are locally-owned.

Perhaps local currencies represent a step towards the vision suggested by Ernst Schumacher in his groundbreaking but now sadly neglected Small is Beautiful.

“What is the meaning of democracy, freedom, human dignity, standard of living, self-realization, fulfillment?,” Schumacher asked, “Is it a matter of goods, or of people? Of course it is a matter of people. But people can be themselves only in small comprehensible groups.”

Local currencies may be one way of helping to loosen the link that has existed, ever since the industrial revolution, between socio-economic development and environmental degradation, between human welfare and human survival, between a livable planet and a dying one.