The Modern Slavery Act is not enough. We must tackle labour exploitation. 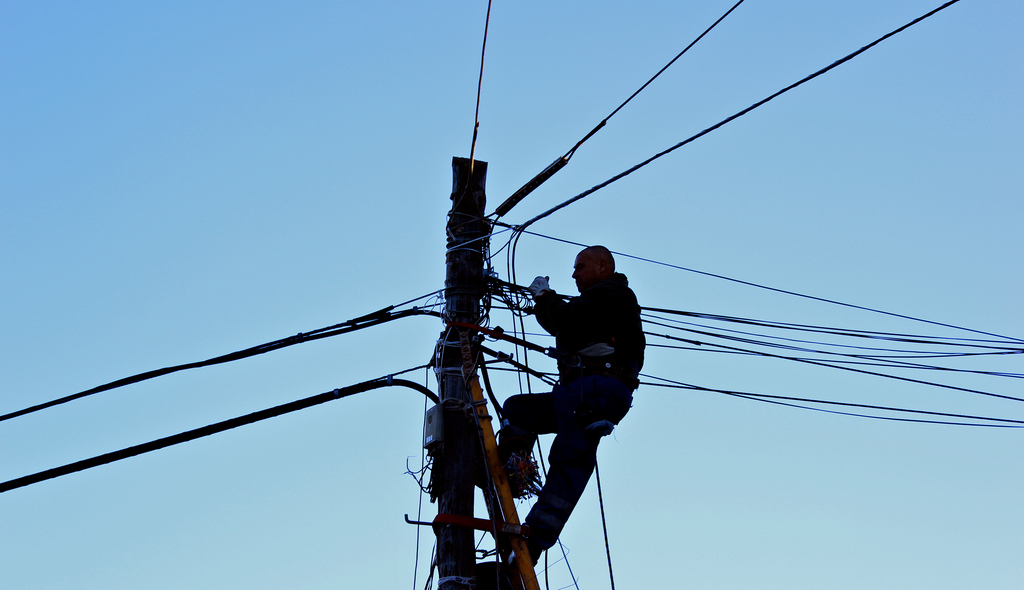 In just three years, the UK has shifted from having no understanding of labour exploitation to a point where, finally, real progress could be made in preventing the abuses that fuel exploitation. As a new labour inspection system is ready to be tested, this is the point where rhetoric meets reality. In 2013 Theresa May, then home secretary, proposed a ‘Modern Slavery Bill’ to tackle exploitation in the UK. When introducing the Draft Bill, she announced that the UK was to become a “world leader” in the fight against ‘modern slavery’. But this resolve was not extended to the more everyday experiences of workplace exploitation; those that may not fall under the definition of ‘modern slavery’, but are nonetheless abusive and detrimental to the wellbeing of workers. While the government’s ambitions to abolish slavery were publicly lauded, their work to deregulate the labour market, to the detriment of vulnerable workers, was well underway. The ‘red tape challenge’ advanced by the Department for Business Innovation and Skills and the Cabinet Office was aiming to make a bonfire of labour regulations, including many labour protections, supposedly to free up business to grow the stuttering economy. This policy stance is wildly self-defeating. By casting aside labour protections in the name of supporting businesses, the government was creating the perfect conditions in which modern slavery might flourish.

The Union of Construction, Allied Trades and Technicians (UCATT) warned that many regulations governing construction site safety had been lost and that those in already precarious employment, such as the bogus self-employed, were now at real risk of harm. As part of the red-tape cutting agenda, labour regulation agencies – the Employment Agencies Standards Inspectorate (EAS) and the Gangmasters Licensing Authority (GLA) – suffered major budget cuts. EAS was defunded to the point of near extinction. During the passage of the Modern Slavery Bill through parliament, Focus on Labour Exploitation (FLEX) and a number of cross-party politicians highlighted the disconnect between the Home Secretary’s modern slavery agenda and the rampage through labour regulations, meaning some small reversals were made. EAS had its budget reinstated and a commitment was made to review the GLA, ostensibly to see if it should be expanded in role and remit.

The promised review of the GLA came at the end of 2015 with the outcome a new Gangmasters and Labour Abuse Authority (GLAA) that reports to a new director of Labour Market Exploitation. The new director will oversee the GLAA, EAS and the HMRC national minimum wage teams. There is logic to coordinating the work of the UK’s disparate labour inspection authorities, yet early indications are that there is a woeful lack of resources to do so. While the government heeded calls from FLEX and others to extend the remit of the GLA, to cover a wider range of labour sectors, as yet it has nothing like the funds to do this – so far securing only a £0.5M increase to its already meagre £4.5M budget. The new director is also tasked with producing an annual review of risks in the UK labour market, a herculean task which will require heavy resourcing. Despite missed opportunities for a world class labour inspection system, resourced to match the scale of the problem, some recent thinking within government and parliament is encouraging.

The new labour inspection set-up comes alongside increasing attention paid to people in precarious employment in the UK. In just the last month, the Prime Minister has commissioned a review of employment practices and the Parliamentary Select Committee for Business Enterprise, Innovation and Skills has launched an inquiry into the future world of work and rights of workers. After two years of high-minded proclamations on tackling modern slavery, there is now a chance to address the messy reality of the problem which is widespread labour abuses as a result of a complex, fragmented labour market and a government that has abdicated its responsibility towards workers.

While the new labour inspection architecture is still finding its feet, there is an opportunity to make real progress on labour protections, or at least to reverse some of the erosion that has taken place. Meeting this challenge will require the new Director of Labour Market Enforcement to have expertise in labour rights and first hand experience with low paid and vulnerable workers and the will to establish strong engagement mechanisms with charities, trade unions and migrant community representatives.

Once the new director is in post at the end of this year she should take the following first steps in her role to make inroads on labour exploitation in the UK. Firstly, she must find a way for labour inspectors to truly reach abused workers, helping them access the information and redress they need. She would do well to look to countries like Belgium and Brazil who have innovative systems to reach marginalised workers. As the GLAA broaches new labour sectors, she should reflect on lessons from over a decade of successful licensing and apply this proven model across the labour market and demand the resourcing to do this. Critically she should initiate an assessment of the offence of illegal working established in this year’s Immigration Act on vulnerable workers, asking if this and other ‘hostile immigration’ measures have driven workers underground and in so doing increased the likelihood of labour abuses, as FLEX suspects. This role has the potential to add some real meat to the debate on ‘modern slavery’, to look at patterns of abuse that emerge in both informal and formal labour sectors. This is fertile ground, labour exploitation remains little understood, and few countries have cracked strong response mechanisms. If we take our new prime minister at her word then we have the political will. So now it is for the new director and the inspectorates she guides to show the way.