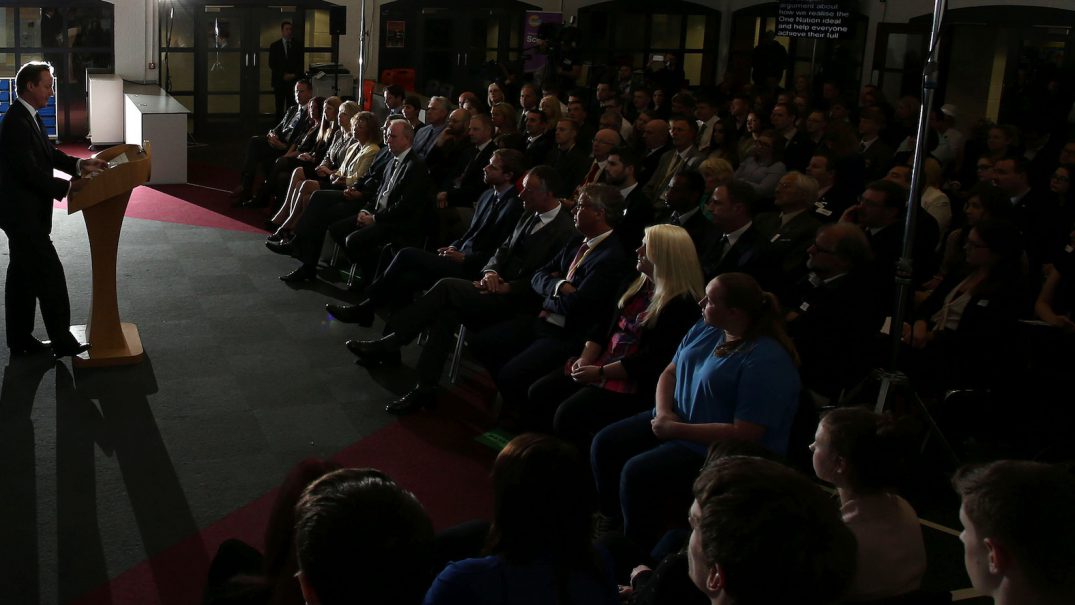 When the government announced plans to cut £4bn of in-work social security in its summer budget last year, it was widely condemned by commentators and organisations for hitting some of the poorest working families hardest.

The cuts, which focused on tax credits, were subsequently scrapped by the Government during its Autumn Statement, but this merely deferred the pain. Rather than being shelved altogether, the cuts were instead transferred to the new social security system of Universal Credit (UC), now being rolled out. The result is the same: huge numbers of families are being squeezed, with their incomes reduced as they move onto the new system.

Universal Credit works by pulling together a number of social security strands into a single payment to recipients. As people earn more, their UC payments are then gradually withdrawn. In principle, it’s a simple idea that should make the system more efficient, but the design of the current policy comes with a fatal flaw – the swingeing rate at which UC is withdrawn.

Analysis by the Equality Trust found that once UC withdrawal and other taxes are taken into account, many recipients would keep barely a quarter of their additional earnings. Far from helping people ‘lift themselves out of poverty’, the eye-wateringly high marginal tax rates people face under UC mean they are more likely to be locked into low incomes. This is all the more galling when considering that a person in the richest 1% faces a far lower tax rate, keeping more than half of their additional earnings.

This might be consistent with a plan to reduce overall public spending, but the government remains committed to reducing taxes on the well-off at significant cost to the public purse. Raising the income tax personal allowance, the amount someone can earn before they pay income tax, will cost £4bn across this parliament, and will disproportionately benefit higher income households. Raising the threshold at which the higher rate of income tax is paid will similarly only help those on higher incomes.

These policy decisions reinforce the UK’s extreme levels of inequality, to the profound detriment of our society. The UK is one of the most unequal countries in the developed world, and evidence shows this extreme inequality damages trust and social participation, encourages crime, decreases social mobility, shortens life expectancy and increases debt. It means we suffer from poorer educational outcomes and worse mental and physical health than developed countries with greater equality. Our system of in-work social security, and the new system of Universal Credit, exacerbates this inequality.

So what can we do to change this? The answer is simple: the government should reduce the rate at which UC is withdrawn. The original plans for UC envisaged recipients losing 55p of every additional pound, but this was changed to a more punishing rate of 65p. Combined with other taxes this means recipients lose 76p of every additional pound they earn.  Reverting to a more generous 55p withdrawal rate would cost the government £4bn across a parliament, but it would make a real difference to those who are struggling. A single parent, for example, could be over £125 a month better off.

This could be paid for by freezing the planned increased in the income tax personal allowance, and unlike the personal allowance, it would be of far greater benefit to low income households and the famed ‘just managing’ that the Prime Minister has sworn to serve.

This wouldn’t just be a fairer system of social security; it would also be a more popular one. Polling conducted by Ipsos MORI on behalf of The Equality Trust found strong support for reducing this tax on aspiration, with a clear majority believing that people on low incomes should be able to keep more of what they earn. Smart politicians would seize on this, and offer the public what it wants.

Being able to make ends meet, to begin to save for the future and to be free of the blight of poverty and insecurity is an aspiration we all share. We all want to know we can secure a dignified retirement. We all want to build a better life and better opportunities for our children. When the social security system works well, it supports these goals, fighting poverty by supporting those out of work, helping people back into work, and encouraging progress through work. In doing so it also reduces our dangerously high levels of inequality.

Instead, Universal Credit acts as a brake on the opportunities for low income households. At the same time, successive governments have built a wider system of taxes and social security that prioritises lowering the taxes of the rich, whilst failing to tackle the barriers that impede the poor.This has to change; a system of Universal Credit that allows low income households to keep more of the money they earn would be a good place to start.