Use the power of procurement 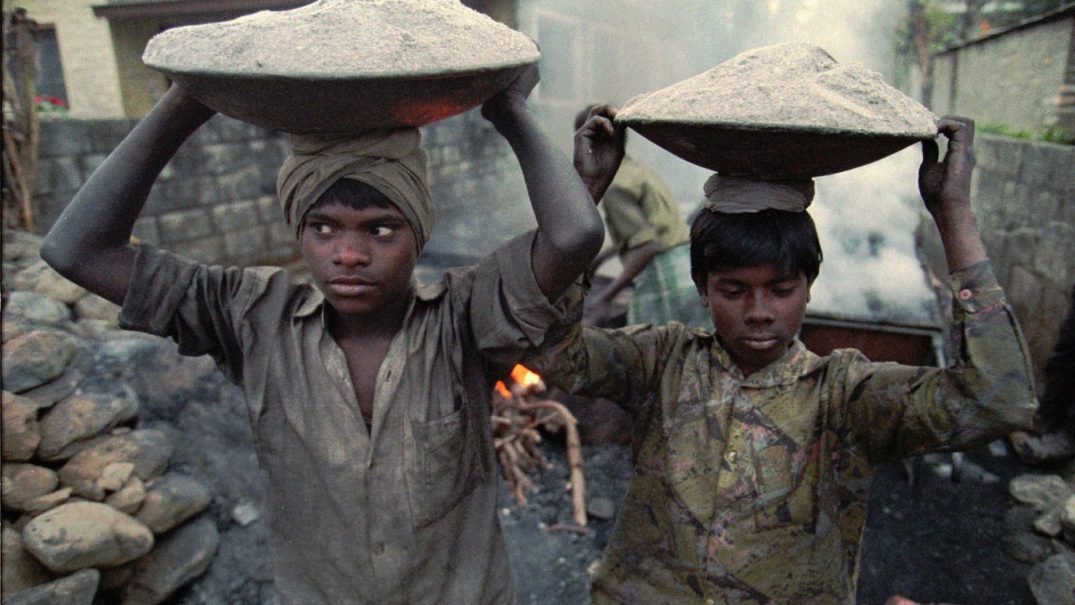 Child laborers carry fine gravel to make asphalt while constructing “tourist roads” in Pokhara, Nepal Dec. 26, 1996. They work for up to 16 hours a day and earn less than $1. According to UNICEF reports, children are used because they are easier to handle, often working in extremely hazardous conditions without questioning authority.

I’m a campaigner against workers’ rights violations in the supply chains of major clothing and electronics brands. That essentially means I’ve spent 7 years trying to make public procurement – governmental purchasing of goods and services from private companies –a sexy topic. Why?

Procurement can be sexy

Ultimately, money is power. If we’re going to more effectively regulate big corporations in a globalised world, then we need to set our crosshairs on the one thing they particularly care about: their wallets.

And government consumption of products and services makes up a big wodge of those wallets. Public procurement makes up a fifth of all spending in the UK, and 16% of GDP across the European Union. Including legally-binding conditions in public contracts can therefore be a major tool in enforcing better standards of corporate behaviour.

Any push to use this method to promote social or environmental justice, however, must currently ensure that it is compliant with the convoluted requirements of European Procurement law, which is also the legal framework currently governing UK public procurement. Despite recent legal revisions, this framework is very restrictive towards public bodies wanting to use contract conditions to advance socially just outcomes; often for perfectly laudable reasons such as avoiding corruption.

For example, amongst other absurdities it would not technically be possible for a government to require in a procurement tender that any potential suppliers have a company-wide policy on not employing slave labour. Although, paradoxically a government could require in a contract that there was no slave labour in the specific supply chain they end up using.

After Brexit, we’re no longer tied into this policy framework. This gives the government a huge opportunity to use its £242 billion of spending power as a force for regeneration, de-privatisation or environmental protection, alongside getting good value for money for the public sector.

Procurement is a powerful medium through which to push a progressive agenda in a wide range of sectors. Here are just a few:

Colin Cram recently argued against this position, calling on government to keep procurement legislation the same for efficiency’s sake. Any reformists would also have to face a potential for backlash from other countries if government procurement action is seen as protectionist. Furthermore there are other legal frameworks such as competition law and international trade law, which, even pre-TTIP, need to be considered when developing procurement policy. Some of these ideas may fail after legal analysis, but the aim here to start off a much needed debate.

Money is power, and 20% of GDP is a lot of concentrated power. Progressive governments would be unwise not to use procurement, one of their biggest potential available levers, to achieve the structural reform that our economy requires to meet our needs in the 21st Century.