What role for the Commonwealth? 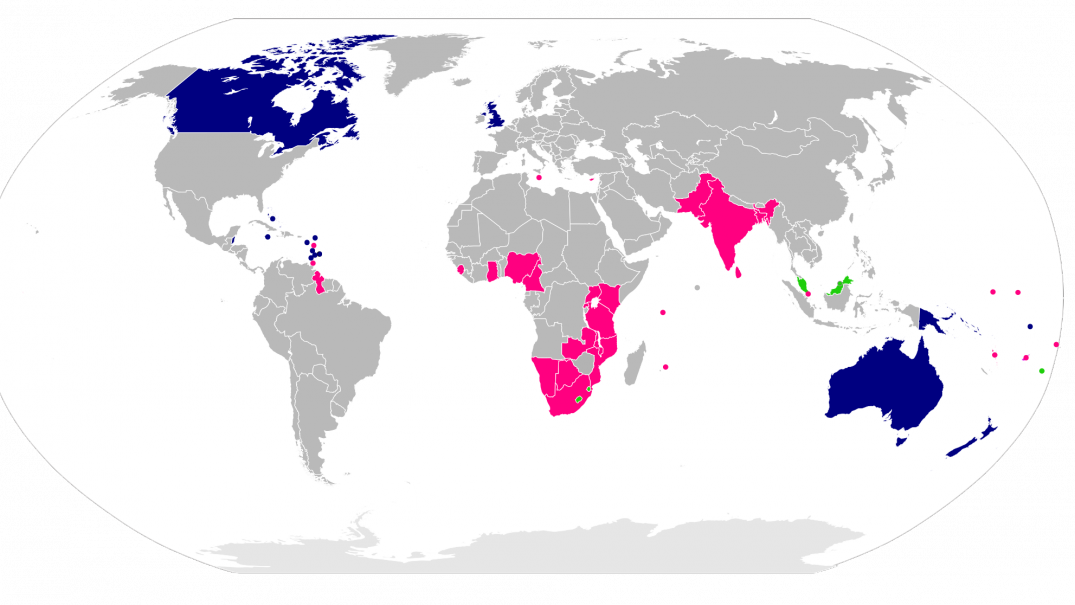 Is the Commonwealth a part-solution to Britain’s trade woes post-Brexit?

The government’s Article 50 bill cleared the Lords last week on March
13th: Commonwealth Day. Economists’ and MPs’ positions on what the
Commonwealth offers post-Brexit Britain in terms of opportunities for
trade and future prosperity have, meanwhile, become almost as heated
as those on the referendum.

In the red, white and blue corner, Brexiteers have been quick to claim
the eagerness of Australia and New Zealand to sign free trade deals
with the UK, with Boris Johnson heralding the Commonwealth’s
“stunning” global GDP share and GDP growth compared to the EU’s as an
indication of the UK’s bright prospects. Remainers are withering about
what they see as muddle-headed imperial nostalgia. “Get real,”
Conservative-turned-Lib Dem MEP Edward McMillan-Scott tweeted at his
former party colleagues Douglas Carswell and Daniel Hannan as they
welcomed former Australian premier Tony Abbott to an event earlier in
the month – Australia represents 1% of UK external trade and the UK
sells more to Belgium than to India, he told them.

“The Commonwealth is many things, many good things”, says veteran
Commonwealth diplomat, now Antiguan ambassador to the US Sir Ronald
Sanders – but it has not been a trade organization since the end of
Commonwealth Preference in 1973. At a much-vaunted meeting of
Commonwealth Trade Ministers in London on March 9th, Lord Marland,
chair of the Commonwealth Enterprise and Investment Council (CWEIC)
readily admitted that it can be no replacement for the EU for
commerce.

While covering a third of the world’s population, it accounts for one
fifth of the value of goods and services the UK exports to the EU, and
imports in a similar proportion (8.8% of total UK exports/10.6% of
imports compared to 44.6% and 53.2% for the EU). It represents an
assortment of wildly differing countries, from Singapore to Sierra
Leone and from Belize to Bangladesh. More than half of the
Commonwealth’s citizens are contained India’s borders. Aside from the
UK, two-thirds of its GDP is generated by India, Canada and Australia.
No Commonwealth leader outside these islands was a cheerleader for
Brexit – Narendra Modi sees the UK as India’s gateway to selling to
the EU; for Canada, Britain is its “key vector of interest” in the
European Union. Twenty Commonwealth members have free trade or
Economic Partnership Arrangements with the EU and 24 have them
pending; only 5 are entirely outside the framework.

A bilateral deal with the UK may not offer Commonwealth countries
anything more than a deal with all 28 countries of the EU, and Brexit
negotiations could delay any such agreements. The imposition of a
multilateral Commonwealth free trade area would be unwieldy and
disruptive for an equal partnership of nations. The EU has hardly held
the UK back from growing its Commonwealth trade – UK exports to the
Commonwealth rose 120% between 2001 and 2011.

There are further problems: as former HM Treasury advisor Desmond
Cohen points out, UK exports are highly integrated with European
supply chains and there is no real way of substituting these without
hugely increased costs. With a switch of trade to the Commonwealth, UK
exports to the EU may fall foul of rules of origin requirements and
get hit by higher tariffs. Economist Pankaj Ghemawat’s work on how a
common language and shared imperial history boosts trade is cited by
Commonwealth optimists – yet Ghemawat says those factors are
outweighed by others in favour of the EU because of the distance of
Commonwealth countries from each other and their GDP levels. And while
Tony Abbott calls for a one page UK-Australia Free Trade Agreement,
Tony Blair’s former Europe Minister Denis MacShane points out that the
Australian Labor party sees a bilateral deal with the UK as a
“third-best outcome”.

These are powerful and perfectly logical arguments. But the reports
making them tend towards catastrophist thinking – eg countries that
have free trade agreements with the EU being unwilling to sign mirror
agreements with the UK – and fail to reconcile themselves with the
political circumstances of the vote for Brexit, and a government
intent on carrying it through, with Parliament’s support. They also
take altogether too much pleasure in the spluttering colonel
stereotype, suggesting all Commonwealth trade advocates hanker after
lost Empire, rather than look at the more humdrum things many are
actually saying: about member states’ youthful populations, fast
growth rates and common legal systems, and how the Commonwealth is a
useful jumping off point for the UK to achieve a full complement of
global trading partners.

On the eve of the Trade Ministers’ meeting, for example, the Royal
Commonwealth Society (RCS) was keen to promote its polling showing UK
businesses’ enthusiasm for the government to prioritise trade with
Australia, Canada, Singapore and India – an impetus for trade ties
from the grassroots up. The 17% year-on-year fall in sterling
following the referendum result has indeed given a fillip to British
exports (equivalent to a 7% boost by the start of 2018, according to
Standard & Poor). For Tim Hewish of the RCS, it is vital not to talk the UK down,
there are “small and symbolic things Britain can do to gear the wheels
of trade agreements with countries keen to trade with us” – however
confounding those agreements may in reality be to sign – and civil
servants carping about “Empire 2.0” is a travesty.

Hewish and others see international trade in starkly moral terms, with
the EU’s Generalised Scheme of Preferences offering, for instance,
tariff-free trade on agricultural produce while tariffs remain on
processed goods locking some developing countries into pernicious
dependency. The Legatum Institute’s Shanker Singham, a former trade
official, describes “extraordinary, Alice through the Looking Glass
conversations” with ministers urging preferences to be maintained,
with the added result that poor UK families pay more for their food.
(The EU Commission denies its trade policies have held back
development, a claim that backbench Brexiteer Peter Bone MP dismisses
as “lying”, pointing to the size of the German coffee processing
industry). With some lower income countries diversified enough that
they would welcome free trade, the time is ripe for change – Hewish
thinks that “you can eat values for breakfast”, with populations
becoming wealthier under free trade that in turn gives them more say
in how their taxes are spent, empowers women etc.

In a speech at the Guildhall last Tuesday, Lord Howell argued that
with the fragmentation of production processes and the emergence and
rapidly falling cost of new communications technology, world trade is
undergoing fundamental disruption. Pointing to a 2016 McKinsey report
that found digital information flow now has more impact on GDP growth
than trade in goods, he says that the service-dominated UK is ideally
placed to benefit and that the Commonwealth’s dispersed network fits
the future trade blueprint “like a glove”. Sir Ronald Sanders retorts
that it is a fallacy to simply look at total value of trade – people
can’t eat services or build infrastructure out of them, the need for
commodities including oil and gas continues, and current demand for
services in the Commonwealth is very largely concentrated in a handful
of countries.

Shanker Singham thinks the brightest hope for UK trade is through
reaching “plurilateral” agreements with a group of like-minded
countries, citing the 2006 P4 agreement between New Zealand,
Singapore, Brunei and Chile which provided the backbone for the Trans
Pacific Partnership. Formulated on an open accession basis, such
agreements carry much more market clout than bilaterals because they
can quickly bring in large swathes of the world economy. Over time,
Commonwealth countries’ shared values would attract more of them to
sign up; developing countries with more liberalised economies like
Ghana and Botswana would act as leading lights in their regions.
However, the Trump administration’s withdrawal from TPP, the public
dismay over the powers ceded to corporations in global trade deals and
the UK’s circumspection over globalisation suggest that following this
approach would be as fraught as anything in Britain’s current trade
predicament.

Intra-Commonwealth trade may still be “miniscule”, but it’s a great
opportunity to diversify exports in terms of basket and destinations
to reduce the UK’s vulnerability to shocks like the financial crisis,
says Rashmi Banga, head of trade competitiveness at the Commonwealth
Secretariat. “In India, Nigeria, South Africa, Kenya and the Caricom
countries, there are openings for many new services and products – eg
infrastructure, accountancy and legal services, [or] providing the
technology to the India Smart Cities project. This is where UK
services can grow exponentially”. The inaugural India-Commonwealth SME
Association trade summit in May will present opportunities. Grow the
value of trade now, and there may be more incentive to reach free
trade deals after 2019.

Meanwhile, Trinidadian economist Marla Dukharan gives hope to the
prospect of UK bilateral deals gaining traction. In her view, regional
association Caricom has been too weak and slow-moving to represent the
Caribbean at the negotiating table, and each island should seek a more
meaningful discussion over trade bilaterally with both the UK and the
EU.

The boisterously Brexit-friendly CANZUK movement with Tony Abbott and
historian Andrew Roberts among its leading lights calls for free
movement as well as free trade across Canada, Australia, New Zealand
and Britain. What do citizens of other Commonwealth nations think
would sweeten relations between their countries and the UK? Gaston
Chee, a Malaysian with an education business operating in China and
Britain, contrasts how London and Beijing court his compatriots: it
takes three months to get a bank account in the UK but less than 15
minutes in China. As for the May government’s insistence that foreign
students return home promptly after finishing their courses rather
than encouraging them to stay to build a business, “Do you think it is
fair to have paid hundreds of thousands of pounds and not be able to
attend graduation?”, he asks.

Rajesh Thind, a British-Indian writer and filmmaker who has spent five
of the past 10 years in Delhi and Mumbai, says Indians are predisposed
towards trying to understand and to work with the UK, “but it comes
from a muscular position of wanting a good deal and the securing of
free movement”. This needn’t mean long-term immigration – “it could be
two or five to ten years. A lot of people want to train up and go
back”. Peter Bone MP says he is potentially open to this – “One of the
great things about coming out of the EU is that if we want to decide
that, we can”. Thind echoes the recent calls on Channel 4 News by
dapper Indian MP Shashi Tharoor for Britain to come to terms with its
actions as a coloniser – for much more practical reasons, to Thind’s
mind, than post-imperial guilt. “The middle-ground in India is very
self-aware that rapid growth since 1991 has been a) very unequally
distributed and b) taken place in the context of bureaucratic inertia.
Cities are teeming, infrastructure is creaking, manufacturing needs
upgrading. We need expertise and partners… We can make the Indian
success story part of the British story, but that will take a
historical reckoning”.

Brexit and its consequences occasion radical and courageous fresh
thinking. The Commonwealth might yet assume an unexpected role in the
UK’s economic future – but this might take a brave new departure by
the immigration-chary May government, too.