33 Theses for an Economics Reformation 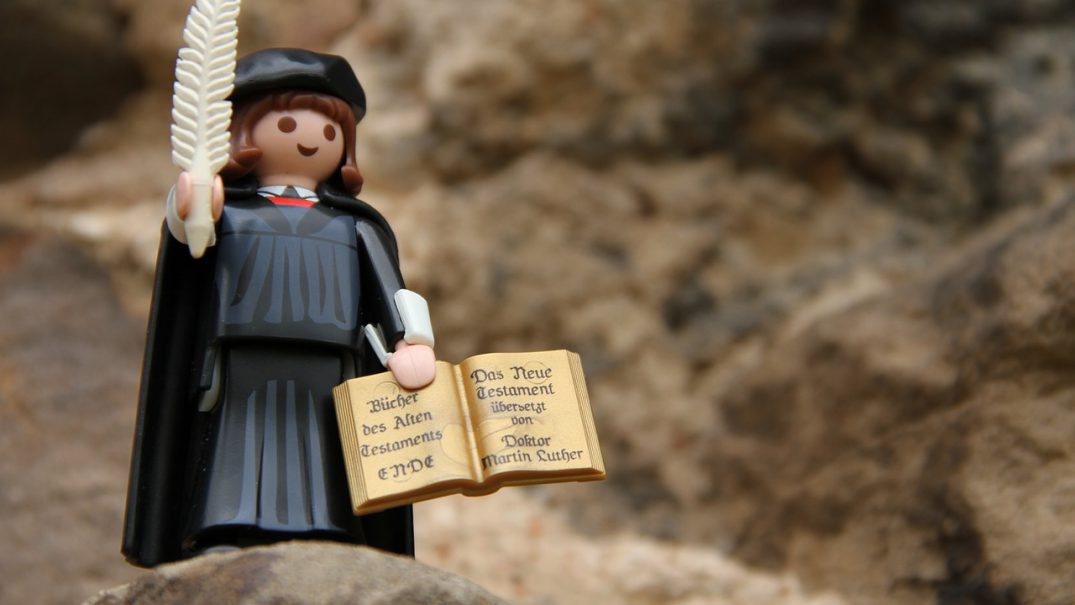 On 12 December 2017, Rethinking Economics and the New Weather Institute published ’33 Theses for an Economics Reformation’ to mark 500 years since the Catholic Reformation. The Theses, which were endorsed by students and economists and nailed to the doors of the London School of Economics, are reproduced below.

The world faces poverty, inequality, ecological crisis and financial instability. We are concerned that economics is doing much less than it could to provide insights that would help solve these problems. This is for three reasons:

We propose these Theses as a challenge to the unhealthy intellectual monopoly of mainstream economics. These are examples – of the flaws in mainstream theories, of the insights that alternative perspectives have to offer, and of the ways in which a more pluralist approach can help economics to become both more effective and more democratic. This is an assertion that a better economics is possible, and an invitation to debate.

THE PURPOSE OF THE ECONOMY

1. The purpose of the economy is for society to decide. No economic goal can be separated from politics. Indicators of success represent political choices.

2. The distribution of wealth and income are fundamental to economic reality and should be so in economic theory.

4. Policy does not ‘level’ the playing field, but tilts it in a direction. We need a more explicit discussion of what sort of economy we want, and how to get there.

5. The nature of the economy is that it is a subset of nature, and of the societies it emerges within. It does not exist as an independent entity. Social institutions and ecological systems are therefore central, not external, to its functioning.

6. The economy cannot survive or thrive without inputs from the natural world, or without the many lifesupporting systems that the natural world provides. It depends upon a continual through-flow of energy and matter, and operates within a delicately balanced biosphere. An economic theory that treats the natural world as external to its model cannot fully understand how the degradation of the natural world may damage its own prospects.

7. Economics must recognise that the availability of non-renewable energy and resources is not infinite, and the use of these stocks to access the energy they contain alters the planet’s aggregate energy balances, creating consequences such as climatic upheaval.

8. Feedbacks between the economy and the ecology cannot be ignored. Ignoring them to date has led to a global economy that already operates well outside the viable thresholds of the ecology that houses it, yet requires further growth to function. But economics must be grounded in the objective constraints of the ecology of the planet.

9. All markets are created and shaped by laws, customs and culture, and are influenced by what governments do and by what they do not do.

10. Markets are outcomes of the interactions between different types of public and private organisations (as well as those in the voluntary sector and civil society). More study should be done on how these organisations are actually organised, and how the inter-relationships between them do work and could work.

11. Markets are also more complex and less predictable than may be implied by simple relationships of supply and demand. Economics needs a deeper understanding of how markets behave, and could learn from the science of complex systems, as used in physics, biology, and computing.

12. Institutions shape markets, and influence the behaviour of all economic actors. Economics must therefore consider institutions as a central part of its model.

13. Since different economies have different institutions, a policy that works well in one economy may work badly in another. For this reason among many others, it is unlikely to be helpful to propose a universally applicable set of economic policies based solely on abstract economic theory.

14. Wages, profits, and returns on assets can be shown to depend on a wide range of factors, including the relative power of workers, firms, and owners of assets – not merely on their relative contributions to production. Economics needs a broader understanding of these factors so as to better inform choices that affect the share of income received by different groups in society.

THE NATURE OF DECISION-MAKING

15. Error, bias, pattern-recognition, learning, social interaction, and context are all important influences on behaviour that are not recognised in economic theory. Mainstream economics therefore needs a broader understanding of human behaviour, and can learn from sociology, psychology, philosophy, and other schools of thought.

16. People are not perfect, and ‘perfectly rational’ economic decision-making is not possible. Any economic decisions that have something to do with the future involve a degree of unquantifiable uncertainty, and therefore require judgement. Mainstream economic theory and practice must recognise the role of uncertainty.

17. In a market economy, people with the same abilities, preferences and endowments do not tend to end up with the same level of wealth, subject only to some random variation. The effects of small differences in luck or circumstances can drive vastly different outcomes for similar people.

18. Markets often show a tendency towards increasing inequality. In turn, unequal societies fare worse across a range of social welfare indicators. Mainstream economic theory could do much better in understanding how and why this happens, and how it may be avoided.

19. The proposition that as a country gets richer, inequality must inevitably rise before it falls, has been shown to be false. Any combination of GDP growth and inequality is possible.

20. Growth is a political, as much as an economic choice. If we choose to pursue ‘growth’, then the questions – ‘growth of what, why, for whom, for how long, and how much is enough?’ – must all be answered either explicitly or implicitly.

21. Innovation is not external to the economy; it is an inherent part of economic activity. Our understanding of GDP growth may be improved if we see innovation as occurring within a constantly-evolving, disequilibrium ecosystem, shaped by the design of markets and by the interactions between all actors within them.

22. Innovation has both a rate and a direction. A discussion of the ‘direction’ of innovation requires an understanding of ‘purpose’ in policy-making.

23. Private debt also profoundly influences the rate at which the economy grows. and yet is excluded from economic theory. The creation of debt adds credit-financed demand, and affects both goods and asset markets. Finance and economics cannot be separated.

24. The majority of new money circulating in the economy is created by commercial banks, every time they make a new loan.

25. The way in which money is created affects the distribution of wealth within society. Consequently, the method of money creation should be understood to be a political issue, not merely a technical one.

26. Since banks create money and debt, they are important actors in the economy, and should be included within macroeconomic models. Economic models that do not include banks will not be able to predict banking crises.

27. Economics needs a better understanding of how instability and crises can be created internally within markets, rather than treating them as ‘shocks’ that affect markets from the outside.

28. Financialisation has two dimensions: short-termist and speculative finance, and a financialised real economy. The two problems must be studied together.

THE TEACHING OF ECONOMICS

29. A good economics education must offer a plurality of theoretical approaches to its students. This should include not only the history and philosophy of economic thought, but also a wide range of current perspectives – such as institutional, Austrian, Marxian, post-Keynesian, feminist, ecological, and complexity.

30. Economics itself should not be a monopoly. Interdisciplinary courses are key to understanding the economic realities of financial crises, poverty, and climate change. Politics, sociology, psychology, and environmental sciences must thus be integrated into the curriculum, without being treated as inferior additions to existing economic theory.

31. Economics should not be taught as a value-neutral study of models and individuals. Economists need to be well versed in ethics and politics, as well as being able to meaningfully engage with the public.

32. An overwhelming focus on statistics and quantitative models can leave economists blinded to other ways of thinking. Students should be supported in exploring other methodological approaches, including qualitative research, interviewing, fieldwork, and theoretical argumentation.

33. Above all, economics must do more to encourage critical thinking, and not simply reward memorisation of theories and implementation of models. Students must be encouraged to compare, contrast, and combine theories, and critically apply them to in-depth case studies of the real world.