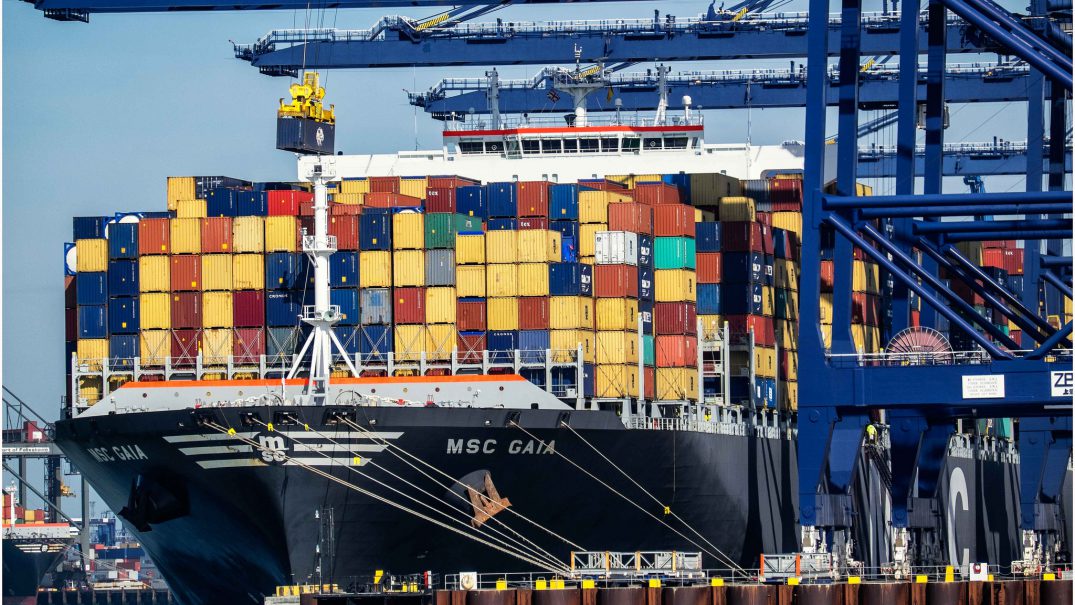 This past few weeks have been full of the politics of hope, a growing reminder that change is possible. It’s a vital reminder because a key source of power for corporate driven neoliberalism over the past four decades has been to insist that it is the only answer.

Trade deals have been one of the most insidious contributors to those blinkers on our view of the world. They are written in secret and then imposed upon us as though they are the rules of the game – simply the way things have to be. But this isn’t true. The choice of how we do trade is highly political and it can be different.

Everything about the Queen’s Speech is up in the air at the moment, and we have no idea what May will omit to give herself the best chance of getting it passed. However, whether in this parliament or the next, the government is going to have to pass a bill on trade to set out its approach when we leave the EU. The UK has not had its own trade policy for decades and so the government is faced with a blank slate. But if we do not seek to fill it with trade policy from a perspective of justice and rights, it will be filled by others.

Trade has a profound effect on almost all aspects of daily life.

Yet at the moment trade rules are undermining the things we value – decent jobs, the planet, ending poverty, building a more equal society.

Instead they act as a tool for powerful corporate interests.

Those of us who believe in a more just and equal world need to start building an alternative vision for trade policy. So what would this look like?

1) Trade deals are not necessarily the right thing to do

For a start, we need to acknowledge that while there may always be benefits from trade, embarking on a trade deal is not always the right thing to do, for two reasons.

Firstly, when there are serious concerns about human rights abuses, environmental destruction, arms sales or similar, then we should not enter into a trade agreement.

Secondly, between rich and poor countries we should offer trading access to UK markets without asking anything in return. Giving this type of access is often called ‘duty-free, quota-free’ and at the moment, as part of the EU, the UK provides this to least developed countries. It is essential that, as a minimum, this is improved. The UK should extend the number of countries to which this offered and simplify the rules.

2) Trade is not more important than people and planet

Trade has always been part of society and always will be. But it is only one aspect, not the most important thing in our lives. Trade needs to be put back into its place as one component of the whole and we need to set clear priorities.

It needs to be explicitly written into trade agreements that the rules must comply with human rights law, labour standards, environmental standards and climate commitments, and that if there is a conflict, the trade rules are subordinate. This ‘override’ or ‘supremacy’ clause needs to apply to the entire text of the trade deal.

Nowadays a whole range of issues that are only peripherally related to trade being added into trade deals leading to massive controversy. Secretive, remote trade negotiations have rewritten other aspects of law and policymaking without any democratic accountability – and also sometimes simply without expertise in these other areas.

We need to focus trade deals back in on the core issues of trade and tariffs – shedding all the accreted fat and getting back to the original purpose of trade agreements. Issues such as patents, government buying standards, domestic regulation, migration, food security, investment or data privacy do not belong in trade agreements. Any international rules on these sorts of issues should be debated in existing specialist intergovernmental organisations.

It is also essential to include watertight exclusion or shield clauses for public services. Existing exemptions for security and military concerns can be used as a model to provide a strong, meaningful exemption that goes beyond rhetoric.

3)Trade should work in the public interest

To work in the public interest, trade rules need to help counteract inequality and power imbalances. They certainly should not make them worse.

Yet at the moment trade deals include the notorious ‘corporate courts’ (ISDS or ICS). These give special rights to transnational corporations who are already among the most powerful organisations in the world, and do not even impose any obligations on them in return. They allow corporations to sue governments over anything they can claim could affect their profits – environmental protection, financial regulation, renationalising public services, anti-smoking policies – you name it.

Corporate courts should be excluded from trade deals. Instead, trade agreements should include mechanisms for individuals, groups and communities to bring grievances over the harm caused by trade agreements. If anyone needs international rules to protect their rights it’s the victims of corporate exploitation, not the perpetrators.

Trade policy also needs to be seen as part of a package, alongside industrial policy, agricultural policy, development policy, regional policy, welfare policy and others. These need to be in balance, complementing each other in ensuring that as many people as possible can benefit from trade deals and those who lose out are provided for.

4) Trade should do good

At the moment, trade rules tend to not only be blind to the environmental and social costs of things being traded, but actually prohibit favouring more socially and environmentally responsible products and practices. Instead, trade agreements should ensure tariffs and trade preferences take social and environmental considerations into account, so that goods with less environmental impact and higher social welfare receive greater preference.

For instance, the rules could allow for a sliding scale of tariffs based upon a product’s climate impact, including assessing negative effects from production and transport, and positive ones from use of renewable technologies.

Trade agreements should explicitly specify that nothing in the rules can be interpreted to justify lowering standards and the agreements should only be completed if all the countries involved are able to reach the highest common denominator.

5) Trade should be democratic

Given the broad scope of trade policy, people have a right to know about, and be part of shaping it. This should not be a ‘concession’ – trade policy would actually be improved by robust debate and contributions from a broad range of knowledge and expertise.

Trade policy also needs to be accountable to parliamentary sovereignty. However, as things stand, our elected representatives in the UK have virtually no say over trade deals. MPs can’t set a mandate to guide government negotiations, they have no right to see details of the negotiations, they can’t amend deals and they can’t stop them.

In other words, we have no real democratic control over these vitally important deals. This needs to change.

What kind of trade we want for the world we want to build is a vitally important conversation. Global Justice Now’s ideas are explored more in this discussion paper. We are interested to hear what others think.