Beyond shareholder value: why transforming the firm can fix Britain’s economy 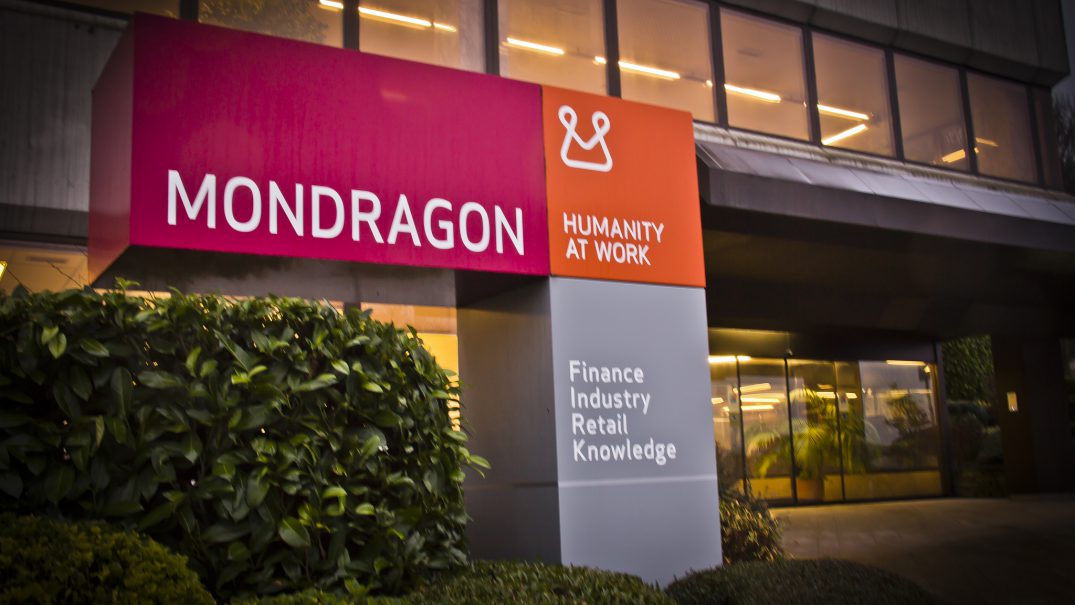 Indeed, it’s worse than that. Ever since the Thatcher years, and including the enthusiasm for the Private Finance Initiative of the supposedly left-wing Labour chancellor Gordon Brown, the presumption has been in Britain that society should be rethought as UK PLC. Public agencies should no longer deliver public goods, which should be reconceived as commodities like any others and provided by private monopolies. General ‘business’ expertise—the ability to sit on a board with like-minded men (almost invariably) or to take unilateral decisions from the power of a penthouse managerial suite—should replace accredited professional expertise and commitment to public service.

When the contrary should be true. Take an arresting fact: the word for company in German (Gesellschaft) and French (société) is the same as the word for society. As any first-year sociologist could tell any senior economist, the company is a social institution and thus is socially constructed—and so can take a wide variety of forms.

The ‘conventional wisdom’—a very socially conscious economist, J K Galbraith, famously coined that term—is that a company should exist to promote ‘shareholder value’. Its valuation on the stock market and the size of its annual dividend should, therefore, be the alpha and omega of its performance. But this is completely wrong-headed, for several reasons.

First, as the onetime City figure Will Hutton has pointed out many times, excellent companies do not focus on their current share price or the profits which can be gouged out of the investment but on making a good or supplying a service to the best of their ability. Companies driven by this focus on their long-term mission will do rather well thank you, because they will outclass their competitors, but paradoxically will do all the better for not being obsessed by the bottom line.

That’s why Hutton has always railed against the lax mergers-and-acquisitions regime in Britain, which has seen successful companies taken over by private equity firms and then mercilessly asset-stripped. And that’s why Rolls Royce—a company which has become the byword for high performance in common parlance—is the last remaining UK company of genuine world renown.

Once this is clear, there is no reason why a company should not have the broadest of goals. Rather than treating any non-financial impact it has as a mere ‘externality’—even if highly negative, as with pollution or over-exploitation of a finite resource—it can ‘internalise’ such considerations to positive effect. German engineering firms have been streets ahead of their UK counterparts, for instance, in addressing the Energiewende. They have recognised, with government support, the potential not only not to pollute the atmosphere but to replace forms of energy generation using fossil fuels and emitting greenhouse gases by manufacturing renewable, clean sources such as wind and solar. Every other wind rotor in Germany—and there are over 20,000 wind turbines there—is made by a German company.

A valiant effort by Lucas Aerospace workers in 1976 to save jobs in Britain by diversifying away from production of arms to ‘socially useful’ alternative goods unfortunately fell on deaf ears. Not only was capital averse to such initiatives but the Trades Union Congress took an oppositional stance to the Bullock report on industrial democracy appearing the following year.

Secondly, the pursuit of ‘shareholder value’ aligns the interests of company stakeholders in entirely the wrong way. The theory is that shareholder ‘principals’ need to keep their executive ‘agents’ in line via bonuses linked to stock-market performance and share options, on top of giant, peer-inflated salaries. Not only does this embed short-termism and rent-seeking behaviour by executives but it also occludes the key alignment on which successful companies depend—between staff and customers.

Gary Hamel, a prolific contributor to the Harvard Business Review and author of The Future of Management, makes this clear in his book through case studies of successful American companies. Key is the intelligence distilled from consumers by frontline work teams, if they are given sufficient discretion to act upon it—intelligence which no chief executive at the top of a conventional management hierarchy can hope to match.

Thirdly, conventional companies exploit labour—yet fail to get the most out of it. While labour is often called ‘human capital’ in today’s world—usually as token recognition—Marx rightly called it ‘variable capital’. The surplus it generates for the company, after the payment of wages and other production costs, thus depends on productivity. But from the worker’s point of view, if greater productivity merely means greater profitability for his/her employer, there is zero incentive to improve or innovate. A bonus might be thought of as the solution but performance-related pay is difficult to assign to individuals in a fair way and can thus undermine work teams, as well as having perverse incentive effects such as the cutting of corners.

A much better solution is employee ownership. This implicates the whole workforce collectively in the success of the company, stimulating collaborative outcomes which are greater than the sum of their individual labour parts. Not only does an annual dividend flow to those who have created the wealth—to the ‘partners’, as the successful, employee-owned retailer John Lewis puts it. But, perhaps more importantly, workers feel esteemed and recognised for their efforts.

Innovations in work practices will ultimately work to everyone’s benefit in an employee-owned firm, rather than being siphoned off by shareholders and stratospherically-paid managers. Indeed, the ratio of chief-executive to lowest pay at John Lewis, while still huge, is much lower than the average for a big UK company. It is in this context that Wilkinson and Pickett made the case for employee ownership as a driver for equality in The Spirit Level.

Worker owners are more likely to be committed to investing in their own professional development and reduced staff turnover will indeed make this a better investment for the company too. With secure, perhaps lifetime employment in mind, they are also less likely than avaricious executives to favour risky, short-term initiatives which could imperil the long term future of the company—in the way, for example, that Royal Bank of Scotland was brought to the brink before emergency nationalisation.

Fourthly, the conventional company makes little sense in the age of what Manuel Castells calls ‘informational’, rather than merely industrial, capitalism. Marx did warn that there was an inherent contradiction in the capitalist company between what he described as the ‘socialisation of the productive forces’ and private ownership of the ‘means of production’. But this was less evident when the factory was a walled-off ‘dark Satanic mill’ with workers left with no alternative but to trudge there every day—since only there was the machinery to put them to work.

Today, by contrast, workers come to work with the knowledge they have gleaned from public institutions and sources. Why should that knowledge then, largely publicly funded, be privately appropriated?  And it gets even worse when the big internet companies of today undermine the right to individual privacy by mining the personal data of their users to turn a profit. The case, therefore, for social ownership of the firm becomes unanswerable.

Fifthly, once the PLC is no longer recognised as the ‘TINA’ (Thatcher’s ‘there is no alternative’) of company governance, it becomes plain that a diverse ecosystem of forms is available. For example, the Mondragon co-operatives in Spain show an interesting ‘agglomeration effect’, as economists would call it. By collaborating with each other, they are again able to achieve positive-sum outcomes which could not be captured by private companies in mutual competition.

Consumer co-operatives offer of course another model, with the retail Co-op in the Britain of today an enduring success going back to a store founded by working people in Rochdale in 1844 to provide reasonably priced food of good quality for its member owners. Fan-owned clubs like Barcelona or Bayern Munich have similarly shown they can endure at the top of European football by drawing on the (in this case literal) ‘wisdom of crowds’, whereas a once-great English club, Manchester United, has been reduced to a European also-ran by being hollowed out by the Glaser family, who treated the club as the collateral for a loan to pay for it—leaving the fans only to pay the interest.

‘Municipal socialism’ used to be practised in progressive local authorities in Britain in earlier times—with little to show for it now but some still impressive city halls, especially with budgets cut to ribbons under the current government at Westminster. But the conviviality of an urban environment is ideal for such wonderful municipal projects as Birmingham’s public library or Strasbourg’s trams.

All that is necessary to revolutionise the typically under-performing companies which are the bedrock of the UK economy is to establish an enabling environment. Company law needs to change to favour the ‘disciplined pluralism’ by which John Kay describes a well-functioning market economy.

Fundamentally, this means making provision for wider membership of companies than shareholder subscribers—comprising employees, customers, independent members, or some combination of these—so that the annual general meeting of the company becomes a genuinely democratic, rather than ritual, exercise. Those—such as pension funds—with an instrumental stake in the company will still be able to benefit from the profits derived. They just won’t be able to substitute for those who should really be the decision-makers.

In addition, there needs to be a proper framework of state-wide and regional public banking, as in Germany, to support companies over the long term, including taking equity stakes. RBS should have been turned into such a public investment bank, like Germany’s KfW. This should be allied with a sovereign wealth fund to the same end.

Finally, there needs to be a revolution in education and training in the UK. Not only does there need to be a return to a collectively funded apprenticeship system but also there should be third-level institutes of technology as in Ireland for advanced training—and specific investment, allied with the TUC, in the training of worker governors.

Taking the UK economy off its flatlining path of precarious and low-productivity employment requires other changes—notably a supportive, Keynesian macroeconomic environment, re-socialisation of the privatised utilities and, of course, a reversal of the Brexit decision. But transforming company governance is one of the most critical structural reforms the UK economy sorely needs.