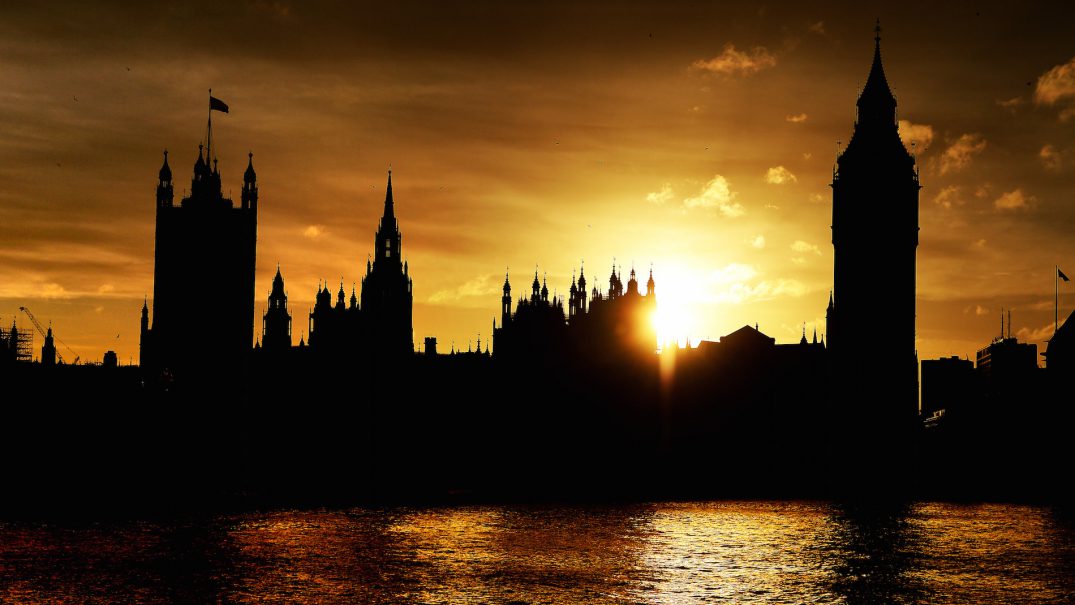 The sun sets behind the Houses of Parliament in London

There is an unfortunate tendency in English – not British – political debate to make a sharp distinction between the ‘bread and butter’ issues of economic management and the highfalutin and technocratic world of constitutional design. Real politics is about schools and hospitals, things that matter to everyday people – the folk and the tots of the tabloid imaginary. Only a handful of liberal democrats care about the constitution.

But the distinction, like so much that clutters public speech, is a fiction. Patterns of uneven development in the UK are directly linked to the current constitutional order. The concentration of political power in London and the demotion of English local government after 1979 partly explain the economic decline of much of the Midlands and the North. Meanwhile, the privileges afforded the City of London in the ancestral constitution, privileges that date back to before the Norman Conquest and were confirmed in a still extant clause of Magna Carta, have helped the financial sector to achieve an almost perfect capture of the official mind.

The uncodified nature of the British constitution makes all this easy to miss, but the 2007-8 crisis should have made it obvious that economic outcomes are inextricably linked to the structure of the constitution. The independent Bank of England has so far created £435 billion in order to buy bonds from financial institutions. This quantitative easing programme is intended to encourage private sector borrowing and thereby restore economic growth. The trading commissions on these bond purchases are roughly equal to the amounts given in bonuses every year in the City of London.

That’s an awful lot of bread and butter, created ex nihilo by the state’s central bank. Parliament was not consulted. The response to the crisis was coordinated from Downing Street. A different distribution of power in the state might well have led to a different economic outcome, in which the failing of the financial sector led to their effective demotion.

Finance as a whole is considered of part of the private sector. But as the crisis showed, in the final resort, the sector is dependent on state power. At present we allow profit-seeking banks to create most of the money in circulation and so we outsource decisions about investment to them. Not surprisingly they use this unexamined power to blow bubbles in asset markets. A new constitutional order could bring credit creation under effective public control and head of the threat of debt deflation.

We rarely discuss these matters in public. The media themselves exist inside a constitutional order that determines, in Aristotle’s words, ‘who learns what, and to what extent’. Widespread ignorance of how the constitution works is part of how the constitution works. In this sense, the BBC is a cornerstone of the really existing constitution. By describing quantitative easing in 2009 as being like putting “imaginary petrol” in our cars, the BBC helped ensure that the financial sector’s pre-eminence was preserved in the aftermath of the crisis it caused.

Efforts to reform the UK economy that fall short of changing the constitutional order can only achieve so much. For all the flim-flam about markets, the state is the decisive arbiter of outcomes in the economy. The structure of the state, and the ways in which that structure is described, largely determine who ends up with what, and at whose expense.