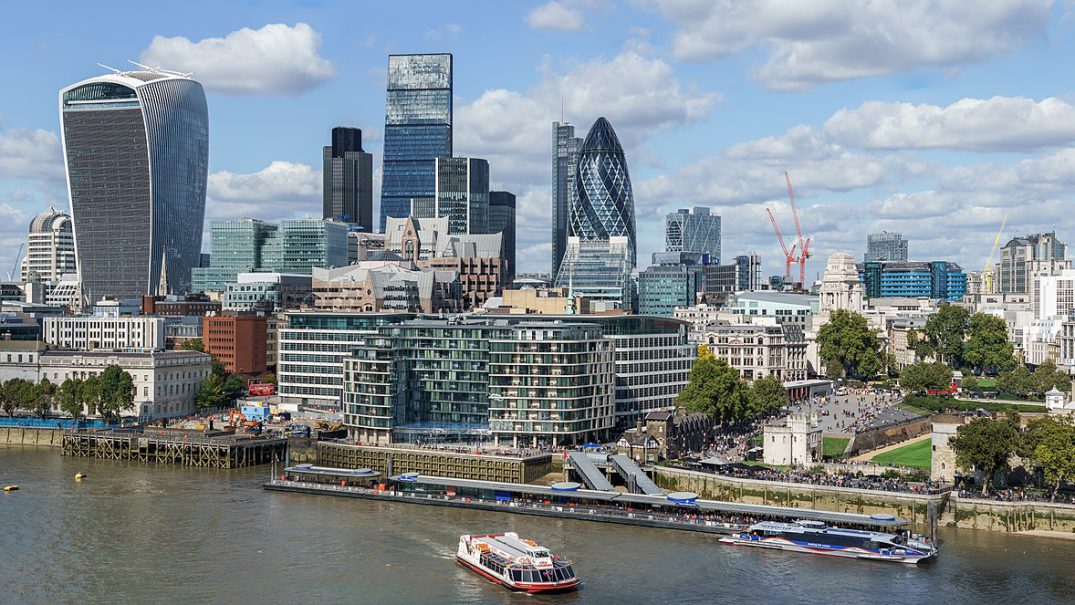 A report published today from Andrew Baker of the Sheffield Political Economy Research Institute, Gerald Epstein, University of Massachusetts, and Juan Montecino, Columbia University, NY, suggests that the cost to the UK economy in terms of lost growth potential arising from hosting an oversized financial services industry was in the region of £4,500 billion between 1995 and 2015. In other words, had the City of London been smaller and focused on more useful functions, Britain might have enjoyed a cumulative boost to GDP over this period worth £4.5 trillion. That is equivalent to around £67,500 for every woman, man and child in the UK. With another recession in the pipeline, the spectre of the Finance Curse looms darkly over the UK economy.

In the fallout from the 2007-8 global banking crisis the financial sector lost some of its aura of invincibility. Once the bailouts had been paid, what had previously seemed like rewards for hard work and quick wits began to look like the proceeds of incompetence and criminality on such a scale that it daunted the public authorities. But even if the criminality and self-dealing could be checked by regulation, is London’s massive finance sector nonetheless a drag on the rest of the economy?

This was one of the questions thrown up by my work as economic adviser to the government of Jersey (a secrecy jurisdiction in the British Channel Islands) in the 1990s. Responsible for advising on how to maintain a ‘balanced and diversified economy’, I found myself trying to reverse an incoming tide as the booming offshore banking and trust administration sectors crowded out other industries. With the island’s economy becoming ever more dependent on financial services, political power skewed in favour of the banks and accounting firms, and the government became increasingly captive to those players.

I gave this phenomenon a name – the Jersey Disease – as a nod in the direction of the well-known Dutch Disease which afflicts mineral and oil exporting nations. For all the billions flowing through the island, a significant proportion of the population were (and are) struggling to pay their rents and make ends meet. I published several papers with a focus on Jersey with my research colleague Mark Hampton (see here, here, and here for example).

My interest in the Jersey Disease put me in contact with author and journalist Nicholas Shaxson, who was reporting for the Financial Times on how West African oil exporting countries were succumbing to the widely recognised Resource Curse. Also known as the paradox of plenty, the Resource Curse arises from the paradox that countries and regions which export minerals and oil and gas tend to have lower economic growth and worse development outcomes than countries with fewer natural resources.

In 2007 Nick joined me at the Tax Justice Network, leading to the publication of his best-selling book Treasure Islands, which explored how tax havens have devastated the global economy. We also discussed the overlaps between the Jersey Disease and the Resource Curse, leading to the publication in 2013 of a short monograph titled The Finance Curse: how oversized financial centres attack democracy and corrupt economies in which we explored how the curse appeared to impact larger economies, including the UK. This work formed the starting point for Nick’s latest book (published today) titled The Finance Curse: How Global Finance is Making Us All Poorer.

Our work on the Finance Curse attracted the attention of other researchers. Andrew Baker, for example, wrote on the SPERI blog that the Finance Curse framing provides an effective grand narrative that can help explain apparently disparate forces, including global economic imbalances, regulatory failures, state capture, and more. Duncan Wigan from Copenhagen Business School also discussed these ideas with us, leading to a joint paper in which we concluded:

The Finance Curse hypothesis overturns an entrenched orthodoxy that what is good for the City must be good for Britain. Claims about the financial sector’s gross contribution are overblown, and an oversized financial sector imposes a wide range of costs on the economy, the polity and society, to result in a net negative for the country.”

Alongside our work on the Finance Curse, since the 2008/9 banking crisis researchers at the International Monetary Fund, the Bank for International Settlements and elsewhere, have posited the idea that once household and corporate debt rises above a certain ratio to national income the debt retards growth and productivity improvements. This line of research, known as the too-much-finance question, rests on econometric analysis which suggests that once the level of debt in an economy rises above a tipping point of between 90 to 100 percent of GDP a number of potential harms to economic performance and overall growth are triggered.

These harms might arise from a variety of causes, including misallocation of investment into real estate and wealth extracting mergers and acquisitions; misallocation of skilled labour to financial services (the BIS researchers refer to finance literally bidding rocket scientists away from the satellite industry); and insufficient funding being allocated to research and develop new products and services.

With interest in both the Finance Curse and the too-much-finance hypothesis increasing, in November 2017 we co-organised with Andrew Baker a research workshop at SPERI, and invited Gerald Epstein to provide a keynote address about his ground-breaking analysis of how Wall Street overcharges Main Street USA. The research findings published today stem from this workshop at SPERI in Autumn 2017.

The City likes to argue that it is the engine of the British economy, generating jobs and taxes to boost our prosperity. This research, which is the first of its kind, shows that these benefits are outweighed by the much larger costs imposed on the rest of the economy by hosting an oversized financial industry. The real cost of hosting the City of London and its satellites at Canary Wharf and elsewhere is £4.5 trillion. This net loss stems from misallocation of resources, which is estimated to have cost the UK economy £2,700 billion during this period, and costs arising from the 2008 banking crisis, which are put at £1,800 billion. £4.5 trillion is approximately 2.5 years of average gross domestic product across the period 1995 to 2015.

The research identifies further potential losses amounting to £680 billion arising from rents extracted by the City of London in the form of excess compensation and excess profits. Since at least part of this rent extraction stems from services provided to offshore clients, we do not include these sums in our estimate of the net cost to the UK economy. Other countries are also being impacted by London’s wealth extraction and overcharging.

When compared with analysis of the costs imposed by hosting an oversized financial sector in the USA, this data suggests that the negative impacts on the UK might be two to three times greater than those imposed on the USA. Hosting the City of London causes more harm to the UK economy relative to the harm inflicted by Wall Street on Main Street USA.

Our hope is that this research, and the broader narrative frame provided by the Finance Curse will stimulate a fresh conversation among academics, activists and a wider public about the many pitfalls of hosting an oversized financial industry. Much more research is needed to test our analysis and explore these ideas, but the initial findings support the view that London, a global financial centre, extracts wealth from the rest of the UK economy as well as from the rest of the world. It is not the golden goose claimed by its vast public relations team: from our vantage point it looks much more like a cuckoo in the nest.

Watch this short video explainer on the Finance Curse