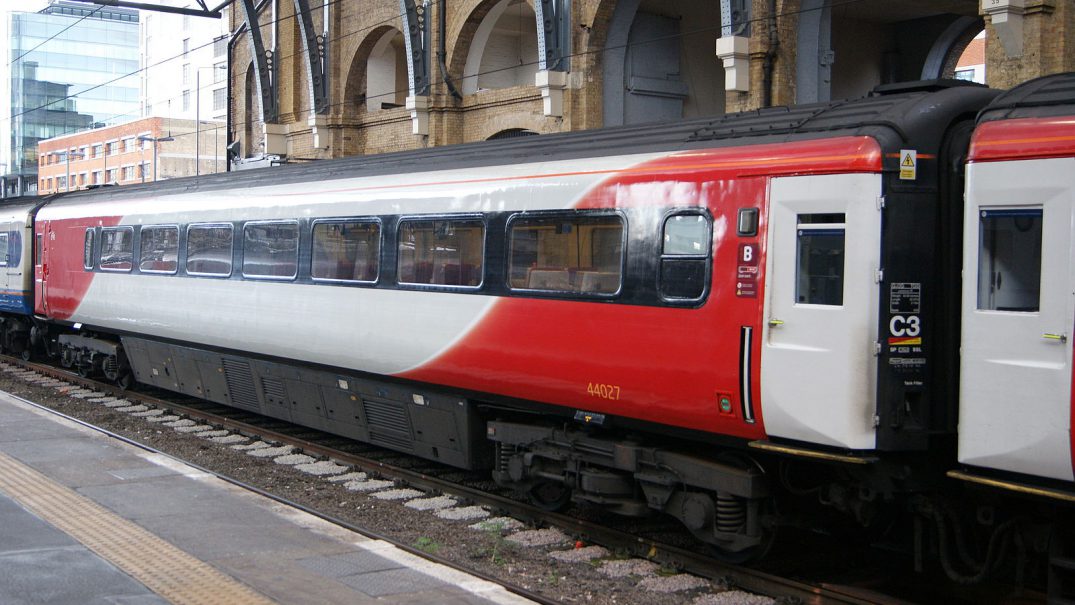 In what is by now a wholly unsurprising development, the East Coast line has once again been taken into public ownership. We have been here before: the repeated inability of private firms to actually fulfil their contracts and operate the line has been a recurrent theme of the privatisation experience.

Back in 2006, when GNER defaulted on their contract and were duly stripped of the franchise, calls for nationalisation and the scrapping of the franchising system were ignored. Whilst the former chief of GNER – rather accurately – pointed out that the franchise model was bound to ‘self-destruct’, then transport secretary Douglas Alexander was busy arguing that he would have no problem whatsoever with GNER re-bidding for the franchise they had just defaulted on!

National Express subsequently took over the line – and duly defaulted less than two years later. As a 2011 Parliamentary report made clear, ‘instead of paying the government £1.4bn over seven-and-a-half years, it paid just £120m as the contract was terminated after less than two years.’ This farcically fast failure had minimal consequences for National Express: the £120m represented less than 9% of the contract value and – once again – the Department for Transport, somewhat absurdly, made it clear to National Express that their failure would not be held against them in future franchise bids.

Following National Express’ calamitous management, the East Coast line eventually found itself nationalised under the government-run Directly Operated Railways between 2009 and 2015. The result? The line subsequently returned £1bn to the national purse, requiring the lowest levels of governmental funding as a percentage of total income.

Despite these successes, it was seen fit to re-privatise the line – this time to a consortium run by Stagecoach and Virgin – in 2015. Three years later, this franchise has now collapsed: transport expert Christian Wolmar is quite right in questioning ‘the point of franchising if the risk is never with the private company, and the promised gains to the taxpayer are clearly just theoretical?’

In response to this latest franchising failure, Labour’s Shadow Chancellor John McDonnell congratulated the Conservatives for implementing the ‘first stage of Labour’s Manifesto promise to renationalise the railways’, whilst the Labour MP Jenny Chapman called on Chris Grayling – Conservative Transport Minister – to stand up in the House of Commons and say ‘My name is Chris Grayling, and I have just nationalised a rail line.’ There are clear political reasons to make these arguments: a 2017 Legatum Institute report showed 76% support for rail nationalisation, and nationalisation is a key pillar of Labour’s renewed commitment to economic democracy.

It is crucial, however, to remain cognisant of the legislative lay of the land. In 2013, my colleagues Joe Guinan and Thomas Hanna penned a piece for this site, describing privatisation as a very British disease: what better demonstration of this than the fact that, in ostensibly nationalising the East Coast, Chris Grayling has actually fobbed it off to a different private operator? Directly Operated Railways, the public body which successfully ran the nationalised East Coast line prior to 2015 – and which will operate the line now Stagecoach and Virgin’s franchise has collapsed – was itself quietly privatised (‘Future prospects for DOR’, p. 7) by the Conservative government in 2015: the operator of last resort is now a consortium of Arup Group, Ernst and Young, and SNC-Lavalin.

When measures utilised by government as recently as 2015 no longer exist, it becomes necessary to look seriously at conceptualisations of nationalisation – and the pervasive persistence of privatisation – in the British economy. There is certainly a lot of talk about nationalisation currently, much of it characterised by disingenuous assertions and wishful thinking. Chuka Umunna’s rather spurious claim that Labour nationalised Northern Rock during the financial crisis is but one recent example of this trend. A House of Commons Research paper offers a rather different take on the matter:

The government investment into the banking sector during this period (often characterised as ‘part-nationalisation’) was always intended to be temporary and the government deliberately avoided taking any operational control over the banks which received assistance. The sales of these holdings from 2010 onwards are therefore not examples of ‘privatisation’ by any normal definition.

If this divestiture is not regarded as privatisation, it logically figures that the preceding investiture cannot be regarded as nationalisation. Indeed, the statement given by then Chancellor Alastair Darling was explicit on these points: public ownership was an option of last resort, only taken due to the rather unsurprising unwillingness of the private sector to clear up the mess, with all operational decisions ‘made by the Board with no interference from the Government’.

Bailing out banks or fixing the failures of privatised rail franchises is thus far from the nationalisation we need: privatisation – as the Ridley Plan demonstrated – was always about recalibrating power. The state stepping in to pick up the pieces when privatisation collapses does little to redress these imbalances.

Past nationalisations failed for precisely these reasons: ownership of industries might have changed, but not the distribution of power. In his study of the nationalised industries, Reuben Kelf-Cohen described how:

“[T]he ‘boss’ had not gone on 1 January 1947. He was still there but behind him there were other bosses reaching all the way back to London. It was all somewhat bewildering – well put by a miner who described working for the National Coal Board as working for a ghost.”

On similar lines, Andrew Cumbers – in his excellent Reclaiming Public Ownership – cites discussions with former miners carried out by Beynon and Wainwright:

“I can remember standing at the pit with the banners, celebrating with my father and his friends. They thought, this was it. What a surprise they were going to get. They thought nationalisation would bring everything they’d fought for. But within a very short space of time they found out that they’d swapped one boss for another. The first boss we got was a major from the Indian Army, six months later followed by Captain Nicholson… Later we had a banker!”

As Labour’s accomplished Alternative Models of Ownership report made clear, the party leadership has no nostalgia for this top-down, Morrisonian model of nationalisation. Against dissenting voices – some within the Parliamentary Labour Party – it needs to be made clearer still that nationalisation is not a mere palliative for private sector collapse, but a tool to bring about a fundamental rebalancing of wealth and power.

Under the privatisation doctrine that still prevails in Britain, even the temporary successes of the nationalised East Coast Line between 2009 and 2015 cannot now be replicated: Directly Operated Railways – the operator of last resort – is now a consortium-led, indirectly contracted service.

The collapse – yet again – of a private franchise on the East Coast validates our critique of privatisation; the government response, however, is far from the kind of nationalisation we should be supporting. Privatisation by proxy – replacing Virgin and Stagecoach with EY and Arup – is not the answer. With strong support for public ownership, it is incumbent upon us to put forward models of democratic ownership – nationalisation, municipalisation, worker-led co-operatives – which can become properly entrenched in – and fundamentally rebalance – our political economy and in so doing remain impervious to attack and dismantlement.