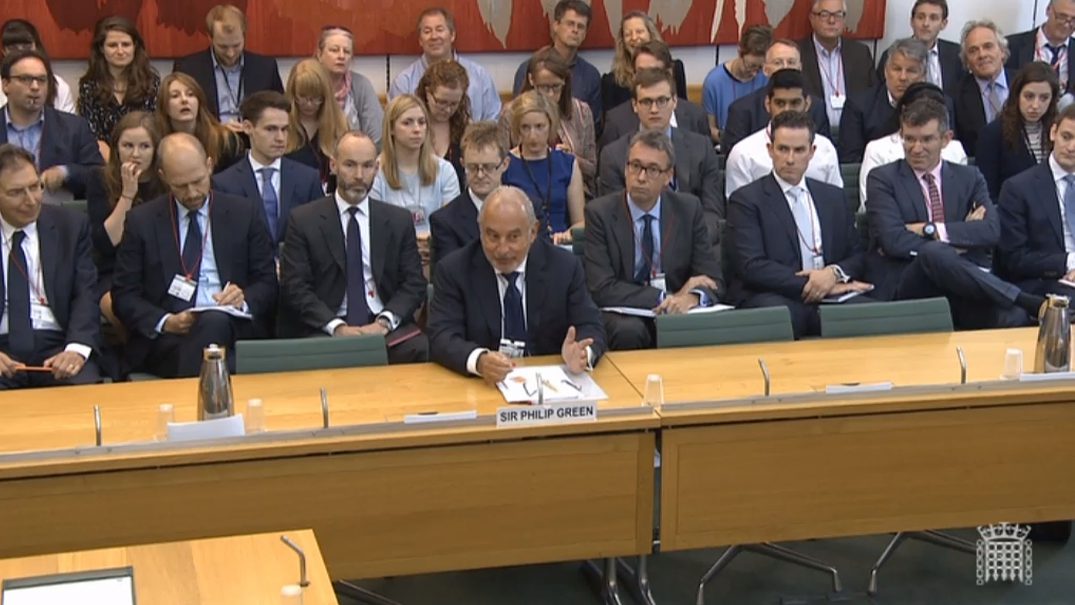 It is a rare thing to hear a Conservative prime minister call for more responsible capitalism. Theresa May’s remarks at the recent Conservative party conference are a sign that large corporations are breaking the unwritten contract they have with society.

Corporate scandals that regularly hit the headlines (most recently Sports Direct and BHS, but there’s a long list stretching back centuries) are just the tip of the iceberg. It’s the routine, day-to-day greedy and destructive behaviour that is most alarming; the tax dodging; the excessive executive salaries; the steadfast resistance to regulations designed to improve societal or environmental well-being. Most of all, it’s the remorseless urge for growth that drives a never-ending cycle of consume and throw away, leading to widespread societal and environmental damage

We can’t eliminate greed and selfishness from human behaviour. What we can do is design human systems to encourage people to behave more in line with the dictates of their conscience and less likely to strive to please their corporate masters or satisfy their own egoistic desires.  And company law, which governs every company in the UK, has a big role to play.

Company law has changed very little in its essentials since the 1850s, when the Limited Liability Act was passed. That was a very different age. English society was even more stratified by class and only a minority of men (and no women) could vote.  The slave trade had only recently been abolished. Places in Europe and Russia were still structured on a system of feudal serfdom. Since then, we’ve seen the evolution of global capitalism, the invention of fast travel and instant communication. We’ve split the split the atom and decoded the genome.  Yet despite the enormous overhaul of how we conduct much of our daily lives, the fundamental legal structure of a business hasn’t changed.

A company still comprises members with ‘limited liability’, meaning no personal liability for the actions of the company.  Every company also has a board with responsibility for the day-to-day activities of the company. Such a structure would have been familiar to the powerful men of that age, many of whom owned vast tracts of land. Often living far from their estates, they relied on local managers who were incentivised to pursue profit for their masters. In essence, it was a feudal system.

British law is rooted in feudal thinking. This applies to property law (every bit of land in the UK ultimately belongs to the Crown) and even to human beings (we are subjects of the Queen, protected only by human “rights” that can be removed by Parliament).  Likewise company law is based on feudal thinking, dividing the world into a governing authority (shareholders); subjects (staff) to be used (employed) in service to the ultimate authority; and overseers (the board) who watch over the subjects.

This hierarchical structure channels the efforts of the whole into pursing private interests, whilst the dispersed responsibility allows individuals to avoid being held accountable for any public damage this might incur. Because it’s lasted so long and has become so all-pervasive, it is tempting to think that the limited company represents a universal pattern that can’t be improved upon. Yet this is actually a man-made, and relatively modern, contrivance and it’s ripe for change. It is time to start treating large companies not as the property of shareholders (a fiction that is used to justify a lot of the worst corporate excesses) but as institutions that exist to serve the common good.

How could such an overhaul be implemented? I’d suggest several things:

Such innovations would reap numerous benefits. I even believe, surprisingly perhaps, that they would have a positive impact on corporate profits. This may sound like wishful thinking. Yet the fixation on shareholder value that is characteristic of British companies, and embedded in section 172 of the Companies Act, has hardly turned British companies into world beaters. There is some evidence (for example from Scandinavian companies) that adopting a wider purpose that includes social and environmental well-being can correlate to enhanced financial returns.

Ultimately, what is needed is a change of mindset. We need government to stop trying to control or lecture from above (itself a symptom of out-dated thinking) and instead to focus on enabling corporations to be truly self-regulating, for the common good. This would indeed be a revolution!

NB: the above is an edited version of a submission by the author to the UK Parliament’s Business, Innovation, and Skills Committee which is running a consultation on corporate governance.