The fight for control must take place where it really matters: in the arenas of everyday life 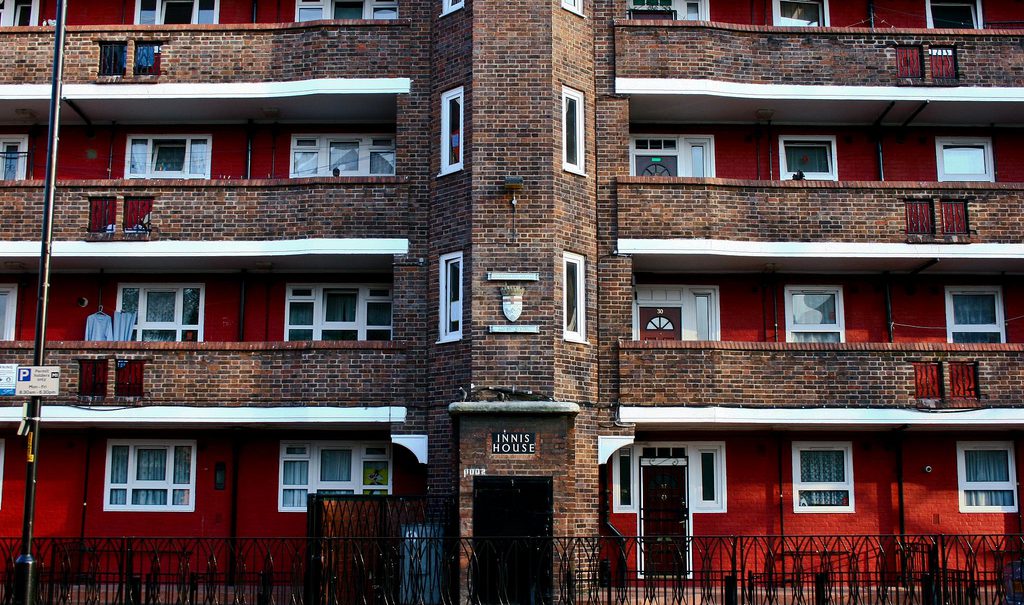 Renting a home in London can be a living nightmare. Renters feel little control over their own homes, are forbidden to hang pictures on a wall, or take up state support in hard times. Their happiness and mental health is held hostage to the whims of landlords who refuse to do essential repairs or enter the property without the requisite warning. Renters live, above all, with the lurking fear that they could be evicted at any time, because the rent is going up, because the landlord is selling, or simply because the landlord doesn’t like them. This is a level of domination that would have chafed on medieval peasants. Why do we put up with it?

It is a commonplace observation on contemporary China that its population has done a sort of deal with their government: in return for economic growth and increasing standards of living, they largely accept undemocratic rule. This is often said in an almost wondering tone, expressing amazement that large numbers of people are prepared to compromise so far on issues of liberty. What this misses is that it is perfectly possible to conceptualise the citizens of Western democracies as having done a broadly similar deal. In return for economic growth and redistribution through welfare states, the population have accepted at face value the transparently absurd notion that a vote every four or five years gives them control over the country they live in.

It is transparently absurd, yet it must be pointed out and explained, in the same way the nature and mechanisms of abuse may need to be explained carefully and considerately to a victim of domestic abuse. There has been much discussion recently of certain small incremental improvements in the electoral system: proportional representation, or recall of MPs who are not carrying out the wishes of their constituents. It is noticeable that the former is considered possible, if undesirable, by much of the political class, while the latter is largely considered an outrage – as accountability often does appear to those with power. Meanwhile the very overt influence of money and moneyed media in politics is staring everyone in the face. Apparently no-one with any power can think of a solution to the problem, or wants to.

However these lacunas represent only the beginning of the problem. Suppose we had a far more accountable and functional electoral system than at present, with big money banned and revolving doors ended, with proportional representation and even MP recall. To determine whether this gives us control over our lives, we must track not just the effectiveness of such institutions, but also the everyday lives of ordinary people. Who makes the decisions that affect our lives? How much power do we have in the everyday? What we quickly realise is that only from time to time is it the politicians whose decisions we suffer from. Much of the time there is a much larger and more pervasive layer of managers and owners whose bidding we must do. While this remains merely irritating, as in the case of our phone provider or social media sites, or exasperating, like the apparently arbitrary actions of train companies or the Department of Transport, we have a tendency to ignore it. But I would contend that we can ignore it in part because of a very particular reason: we understand that if we are ‘successful’ we can buy ourselves out of most of the annoyances. We can drive cars, we can buy premium mobile phone packages, we can, given enough success, pay someone to deal with such constraints for us.

Where this is most clearly true is in housing. Social housing tenants and renters are all taught to be resigned to the lack of control they have over their own housing. If you want to escape this lack of control, the implicit narrative goes, you can buy your own house. The fact that millions of people live in social or private rented housing where they lack the control they need over their homes is accepted, even by many of those caught up in this housing. The lack of control people have over the basics of life is dismissed, because there’s a path out of it, and never mind that we know only a certain percentage of the population is able to get on this path. This attitude extends to many areas of life. We accept that others are in control because, in theory at least, we can buy our way into a position of greater control ourselves.

So truly, who can point a sanctimonious finger at China and the supposed implicit deal with the Communist Party? Haven’t we done a similar deal? We have sacrificed freedom to poor ‘democratic’ systems and entirely undemocratic management, over which we have minimal or no control. We let those rulers and managers and owners get on with managing us, on the understanding that we can gain more control over our lives – by getting richer. This is not how we conceptualise our situation on an everyday basis, but I contend that these assumptions underlie our thinking, nowhere more so than in housing.

What happens, we wonder of China, when the deal goes bad? What happens when the deal with the devil doesn’t pay? To private renters in London, and in many other cities in the UK, this is no longer a theoretical question. The deal with the devil has soured. He no longer wishes to pay. You are the one who is paying. Renting in London is failing tenants on multiple grounds. It acts as a massive deduction from wages into the pockets of landlords, reducing the quality of life of millions. It is too insecure, too difficult to stay in one place, too difficult to know where you will be next year, and maintenance too unreliable. The emotional effect of these factors – combined with the general balance of power in favour of the landlord – is that it is often impossible to feel that a rented house is a home. The knock-on effect of this long-term emotional homelessness has not, to my knowledge, been studied, but we can take a guess that it acts as a stress factor making many other personal problems worse.

By what right do landlords control the lives of their tenants to the detriment of their quality of life? By what right does the accumulation of property by the rich within the rigged market get to deny us homes? By what right is it decreed that we can no longer have sitting rooms if we are renting? By what right are our dreams now out of reach as our money disappears into the pockets of landlords? What devilry is this that we have bought into? Alas, it is an old and long-established devilry: a socio-political structure that denies freedom to all but those who are most successful within it. Yes, we have done this deal, and it is little better than the deal we perceive Chinese citizens to have done. As long as our standards of living were improving we would ignore the fact that our lives were controlled by managers and owners, for each step in economic advancement could seem like a movement towards freedom. Only when the economy stops growing, and rent begins to squeeze us, do we recognise the truth: that many in our society have always lived with these constraints, and only hope has kept them quiet.

It was a false hope. For a few decades living standards increased for most people in the UK, and then that too was undone, but even in that period we were dancing with the devil. Many of us did not feel in control of our lives, our nations, our worlds. We lied to ourselves that we were all liberated, and even winning the vote became a part of that self-deception. As the number of private renters in London increases, the reality is laid bare. Renters never controlled their own homes, and most of us accepted that. It should never be acceptable for one class of people to wield such power over another class of people, particularly when we recognise that the wealth of those at the top is created by the work of those below. For a while we understood that in the context of the workplace and a labour movement fought for a better balance of power. Now we must extend that understanding to our whole lives.

I am a member of London Renters Union, a new union formed to fight for increased power for private tenants. It is clear to me that the fight for renters is part of a bigger fight. We have allowed society to be run by others. Landlords are part of this society of control, parliament is part of it, but so too is the highly paid managerial class whose huge homes litter the south east of England while families sleep in hostels. The temptation is to say that it’s time to take the power back. The reality is that we never had that power. Now is the time to fight for a new autonomy, a new dignity that we have never had before; now is the time to fight for the right to control our own lives. Such a fight, if we dare take it on, will play out in multiple arenas, from the internet and the media to the workplace and housing.

You don’t have to start your fight by joining the London Renters Union, or Acorn tenants union in Bristol and Brighton, or Living Rent in Scotland, or Tenants Union UK in Manchester, but it’s as good a place to start as any. Control over our lives is a long term goal, but we can begin with getting more control over our housing. We can begin by making our houses into homes.