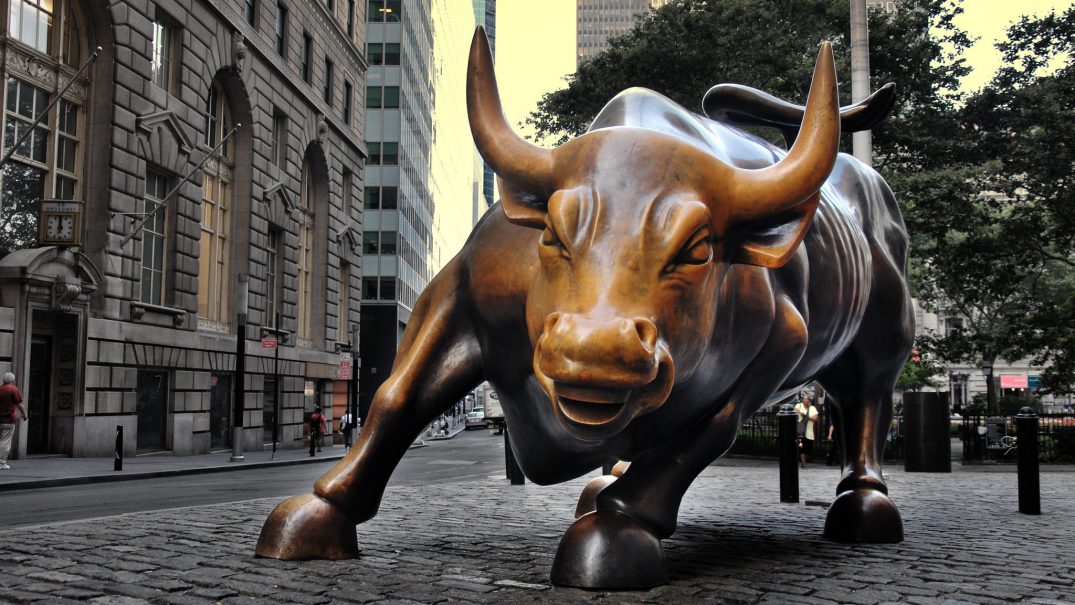 Since the financial crisis of 2008 there have been hundreds of films, documentaries and features on the causes and the possible solutions to the economic malaise that followed. Who is to blame and how did it happen are the questions that have been hotly debated by experts and politicians. The film ‘When Bubbles Burst’, first released under its Norwegian title Når boblene brister in 2012, looks at the fallout from the 2008 crash through the stories of Vik – a small town in Norway that, along with seven other towns in the country, sued the Citigroup banking conglomerate for investment losses, demanding over $200 million in reparations.

The film, aired at this week’s Festival for New Economic Thinking, attempts to link the overarching reasons for systemic market crashes to the intimate tales of a town laid low by reckless speculation and an inherently unstable financial system designed to fail. Through the testimonies of local campaigners, financial experts and academics, we are taken into a network of links and a narrative that show how mortgage lending in the US could impact a tiny town in Scandinavia.

Around 2001 the Vik municipality found a loophole in the Municipality Act, and proceeded to invest borrowed money from Oslo funds and US Citigroup in the stock market. The trick was a law allowing borrowed money to be invested before seeking local or regulatory permission. Despite Vik borrowing 70 million krona, the Norwegian Ministry of Local Government and Regional Development certified the investments because in its view any debt payments would be secured in future income.

Rooting the story in Vik and then branching out to Detroit, the ultimate symbol of American decline, sharpened the focus on the ordinary people affected and the way in which grand technological advances and political decisions impact on our lives. The narrative of the film focuses on three main themes: firstly on the question of debt, second on technological revolution and finally on what needs to happen to the ‘real economy’.

Visitors from Vik to the US are used as useful commentary threading together the two countries and their joint experiences of pain. As viewers, the journey becomes one of learning of the ability of markets to not in fact be free but to be “designed specifically to fail”, as described by economist Erik Reinert. In his words: “If the system you design is destined to fail then there is in effect no risk. For you.” The film dwells on the notion of the separation of risk for investors, managers, elites and ordinary workers, small businesses and homeowners.

Debt may be utterly necessary to the system, and in fact can be good if leveraged in a smart manner. We are taken to ancient civilisations such as Mesopotamia and the Levant where the use of debt was a necessary evil that added value rather than a tool for coercion and short-term gain. Debt jubilees are touted as a solution to financial servitude for the citizen and economic inequality. In short, when debt stifles growth and opportunity for the majority of citizens, it serves no purpose.

Perhaps the most fascinating part of the film is dedicated to the power of technological revolution in financial markets and the modern economy. Bubbles are to be expected, but speculation increases when there is an advance in a new technology. The 2008 crisis is traced back to the 1971 innovation of the microprocessor which kick started a computer revolution in how data was collected, stored and modelled. The market was now truly global, an epic casino which allowed greater scope for leverage. This suggestion flies in the face of the idea that bursting of bubbles or bubbles themselves can be stopped. In fact, the film suggests the only way to do this would be to cease technological advancement and therefore leans closer to Schumpeter’s idea of creative destruction.

What are we left with? The ‘real’ economy according to Nomi Prins, former Goldman Sachs manager, was something “very close to the 1930s”. When the financial economy and the real economy are so decoupled that you realise that lots profit and wealth aren’t real. Her answer? “We need to address the fraud. They got away with it and are still in charge. It was fraud – plain and simple.”

Curiously, given the city’s decades long decline, the film provides a counterpoint of optimism where Detroit is shown to have a possible answer to the crisis. “After every crash there has been a boom but governments have to be bold enough and intelligent enough to create new chances for equity and growth.” Detroit was the site of huge technological growth in the automotive industry following the 1930s due to government action and investment in infrastructure. Petros Christodoulou, Greek economist and Joseph Stiglitz, nobel prize economist, use the FDR years in the 30s as an obvious example of planning and spending which has been overlooked for ideological reasons.

We begin with the economic and end with the political. The political will to imagine a new way of organising labour and capital and a new way to regulate and ensure the real economy is served by technological advancement. The question unanswered by the feature is whether that will exists in a majority of the Western world.

From a barrier to a bridge: reclaiming economics a tool for change