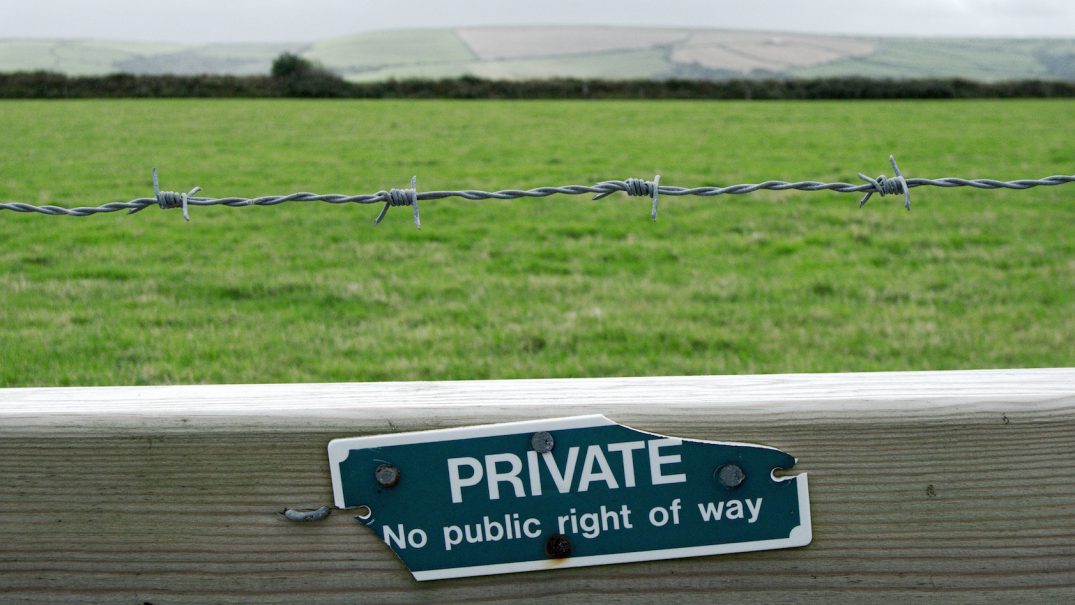 Back in February I found myself in the unusual position of being attacked in an editorial published by The Times. In a piece setting out the paper’s position on the land reform agenda in Scotland, I was named and shamed as the author of a “disturbing document” which “blithely ignores the rights of private owners and the laws that protect them”.

The document in question is a discussion paper that was commissioned by the Scottish Land Commission. In the paper (which is available here), I outlined how a broken land market lies at the root of the housing crisis, drawing on a recent book I co-authored on the subject.

The problem with the paper, according to the editorial, is that it “urges the compulsory purchase of land”.

Even if that was the case, it shouldn’t be controversial. In virtually every developed country on earth it is recognised that there are circumstances where individual property rights become secondary to the wider public interest, which is why compulsory purchase powers exist. In Britain these powers emerged in the nineteenth century to prevent individual landowners from blocking the construction of new railways. Without these powers, landowners could hold society to ransom by refusing to sell land for critical infrastructure and development projects.

But that’s not what the paper was about. Instead, the paper proposed reforms to enable what is often referred to as ‘land value capture’. The basic premise of land value capture is that in modern economies, especially in urban environments, the value of a piece of land depends on what can legally be built on it, and the infrastructure and amenities in the surrounding area. The granting of planning permission, or the creation of new transport links or other infrastructure, typically brings about a large increase in the locational value of the land.

The question of who should capture this uplift in land value has been at the centre of land reform debate for centuries. In many countries, the planning system or compulsory purchase laws enable the uplift generated by planning and collective development to be captured by the state – effectively enabling the costs of development to be recouped. This was also historically the case in the UK, and it was this self-financing model that delivered the New Towns.

There is a strong moral case for this: the uplift in the value of land does not reflect the efforts of landowners (who don’t lift a finger), but that of the state and the wider community who grant planning permission and develop the surrounding infrastructure and amenities. It also makes economic sense: there is solid evidence from around the world that capturing land values is an efficient way of funding new housing and infrastructure.

The early classical economists such as Adam Smith and John Stuart Mill objected to the ability of landowners to make windfall gains at the expense of wider society. They considered returns earned from the ownership of land to be unjust and inefficient – referring to these windfalls as ‘economic rent’.

However, under current legislation public authorities across the UK are prevented from adopting this method of land value capture. Legislation introduced in the 1960s, notably the Land Compensation Act of 1961 (1963 in Scotland) reinstated the principle that landowners are entitled to ‘hope value’ on any land compulsorily purchased. In practice, this means that where public authorities wish to purchase land for development, landowners must be compensated not on the basis of what the land is actually worth at the time, but on the basis of what it one day might be worth if it was granted planning permission.

Because the difference between existing use value (i.e. agricultural value) and ‘hope value’ is usually dramatic, these changes significantly increased the cost of land for development, and ended the ability of public authorities to acquire land cheaply for new housing. In other words, the changes meant that the benefits from rising land values would flow to landowners rather than the general public.

Since land acquisition is usually the largest single cost of housebuilding, this system has created a significant obstacle to building genuinely affordable housing. It has also created incentives for speculators to buy land and hold onto it as a financial asset rather than develop it.

In my paper I proposed that the law should be changed so that public authorities, rather than just the landowner, are able to capture some of the uplift in the value of land that results from collective development, unlocking significant funds for development without having to raise taxes. As I’ll return to below, I am far from the first person to propose this.

The mechanism for doing this involves making changes to the Land Compensation Act so that assessments of market value for compensation purposes do not include prospective planning permissions for land acquired for housing and infrastructure. Although this relates to compulsory purchase orders (CPOs), it does necessarily mean that more land will end up being bought compulsorily. Evidence from the UK’s own past, and from other countries, shows that the very existence of strong compulsory purchase powers can be enough to shift the balance of incentives in the operation of the land market. In the knowledge that the land could be purchased by the state at near use value, landowners would be incentivised to sell land for development at a low but fair price. Speculation and land banking would become much less attractive.

But this crucial point was lost on The Times, who presumably saw the words “compulsory purchase” and robotically deployed the usual tropes around state coercion and erosion of property rights which, as I have written about previously, aren’t coherent anyway.

But should we really be surprised by this? After all, the right wing media has consistently resisted the land reform agenda in Scotland – occassionaly resorting to hysterical headlines involving comparisons between the Scottish Government and Robert Mugabe’s Zimbabwe.

But here is the irony: The Times and the rest of the right wing press are now spectacularly out of touch with political reality – not just in Scotland but across the UK. Thanks to years of campaigning by organisations such as Shelter to Civitas, there is now cross-party political consensus on the issue of land value capture. The Conservatives quietly included proposals to reform compensation laws in their 2017 general election manifesto, and Labour recently committed to similar reforms in its new housing green paper. Politics has moved on, but the press is still stuck in the past.

Then last week I came across a new article titled ‘Rewriting a 1960s law would take us past the annual target of new homes — without spending £44bn’. Funnily enough, the article was published in The Times.

The article refers to the “growing consensus” that the land market is “quite literally, the underlying cause of our housing crisis.” It then identifies the legislation that lies at the root of the problem:

“The market takes its cue from the Land Compensation Act 1961: public bodies that force owners to sell land for development must pay prices that assume planning permission would be granted. Yet before 1961, councils had powers to buy at “existing use value”. When Milton Keynes was built, the land was bought at just 1% of the final value of a house at the time.”

The article ends by offering a solution to fix the problem. Referring to a recent study by the Centre for Progressive Policy the article explains that:

“If we fixed the land market, councils could buy plots at low agricultural or industrial values. They could give planning consent, borrow against the higher value to build infrastructure, then sell ready plots to developers, as well as small and self-builders.”

If this sounds familiar, it’s because it’s literally the exact same as what was proposed in my paper, which The Times said “blithely ignores the rights of private owners”. In fact, the author of the study cited in the article is Thomas Aubrey, whose excellent work I also referenced extensively in my paper.

I’m glad that The Times eventually decided to give land value capture a fair hearing within its pages. It’s just a shame they didn’t extent that courtesy to me.