Four ways Labour could be by the many, not just for the many 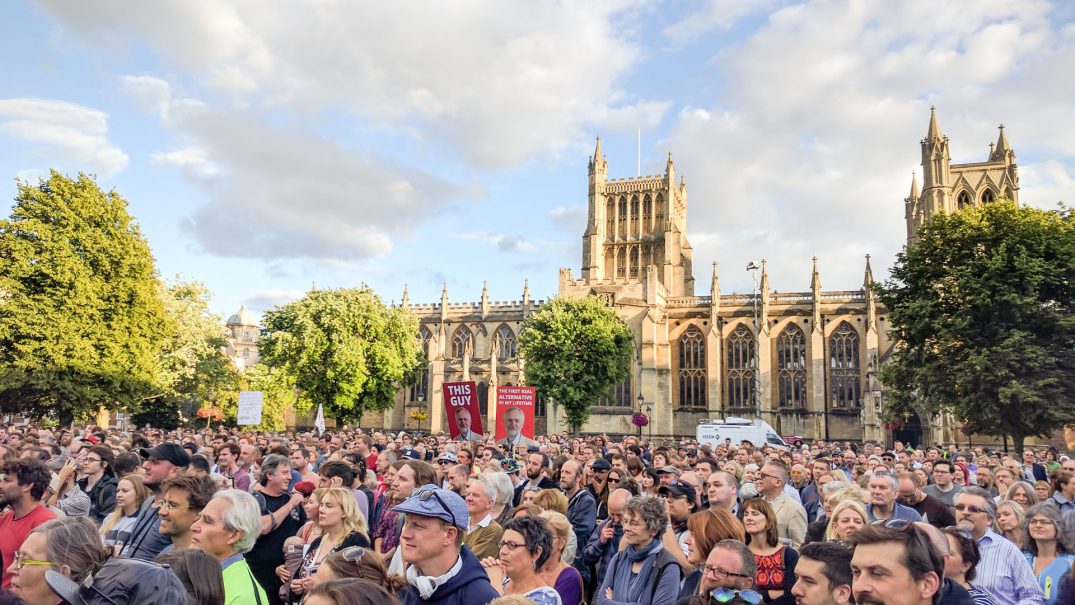 Jeremy Corbyn’s call for an economy that works “for the many” has proved a revitalising rallying cry for a new social settlement beyond neoliberalism. But the democratic socialism that inspires Corbyn and McDonnell promises more than a redistributive agenda delivered for ordinary people from on high.

Just over one week ago, the Labour leadership used their “alternative models of ownership” conference to launch a set of proposals for economic democracy: an attempt to transfer power away from both private capital and government bureaucrats, giving control to workers and service users.

The plan here is a return to public ownership for public services and utilities. Then, the devolution of control to regions and municipalities where possible, and the inclusion of workers and users on governing boards. In the private sector, we’re promised the mass rollout of co-operatives and mutuals.

But as encouraging as these proposals are, is there anything that new? In healthcare, for instance, attempts have been made to involve patients in service design and delivery for some time. Are Clinical Commissioning Groups really the stuff of mass democratic renewal?

In Germany, the incorporation of workers on boards has seen German trade unions increasingly co-opted into the internal operations of capital. Is making M&S work a bit more like John Lewis really “taking back control”?

In sum: How can these plans be more than the hollow and tokenistic forms of “stakeholder involvement” championed by Blair onwards? Why, actually, would anyone want to give up their free time to help run their energy company or post office? Would you give up your Thursday evening pub trip to deliberate the small print of procurement policy?

Actually, maybe I would. But only if I truly believed that doing so would really enrich my life, and the lives of others around me.

1. Shaping society as a whole

Part of the problem with Labour’s current proposals is that they allow for participation only within pre-existing, predefined and constricting silos. Those with chronic illnesses have a clear reason to participate in managing health services; renewable energy geeks would relish the chance to input on energy sector decision-making – and great, so they should!

But what about those of us without such specialist interests? Why would we actually want to participate and how would we decide which sector to get involved with?

If we have trouble paying the fuel bills, chances are we’ll also be struggling to pay for water, rent, food. If we have a chronic health condition, this will often give us specific needs beyond health services, for instance around housing or the workplace. Accordingly, we need to build institutions that allow people more control over their everyday lives in their entirety, without forcing choices about the one thing that matters.

Instead of limiting democratic engagement to a health service users group or an energy co-operative general meeting, our task is to create spaces where people can debate and shape how society is organised as a whole.

But millions of people live in the UK. Wouldn’t giving everyone a say on everything be a total mess? Not if we develop systems to allow manageable forms of participation in the places we live.

What if every council ward in the UK held an assembly every six months, facilitated and organised professionally but open to all to participate in. Community organisers could be recruited to get as many diverse folks from across the area as possible involved.

What if these were not bureaucratic exercises in “consulting” people on decisions that were already made? If instead they were spaces to meet your neighbours, to become less isolated and lonely? What if the unexpected was allowed to happen, if lively debate and argument about both micro and macro level politics were encouraged?

These assemblies would be given the power to inform local government decision-making, and in addition to shape the direction of national services and industries. They would be spaces for dialogue, deliberation and local direct democracy. They would be able to signal approval or disapproval for particular policies in ways that would be hard to ignore.

Neigbourhood assemblies would also elect delegates who would work together at a local authority level, always directly accountable and recallable to their neighbourhood. Local authority assemblies could then vote through delegates to constitute thematic regional and national working groups, for instance on energy or transport. The idea would not be that these working groups would be totally in charge of running industries and services. Rather, they would be able to participate in the management of industries and services alongside workers, politicians and experts.

What this amounts to is a proposal for bringing together two forms of democratic participation. While neighbourhood assemblies could allow for direct democracy on certain issues of specific localised concern, they also provide the building blocks through which systems of federation and representation are built. Layers of delegates coordinating across scales would be tasked with amplifying the voices of their neighbours within regional and national decision-making.

This deepens the democratic credentials of Labour’s current proposal. Yet it’s worth noting that this proposal for participation building from the local to the national is not a far cry from the Labour Party’s own internal democratic structures, or those within trade unions – structures that thousands across the UK already participate in.

What’s different here is that if we adopted these structures in government, mechanisms of democratic participation would be integrated within the political and economic structures that make or break our lives.

Finally, we should maximise opportunities for online participation in governing our economy and institutions. While digital democracy cannot replace the collective experience of being, discussing and deciding together in person, it provides a less time-intensive form of involvement that should be fully integrated.

In Barcelona, the city set its strategic plan with the aid of an online democratic forum in which all were free to suggest, discuss and vote on proposals – a process that over 40,000 people participated in.

Taking inspiration from this, an online forum could provide an opportunity to present and discuss proposals to be taken to each of the various layers of decision-making. This could also be a platform to maximise transparency, on which official documents and decisions are made easily accessible.

For those less familiar or comfortable with digital technologies, again following the example of Barcelona, specialist teams tasked with facilitating online participation could be formed.

The right’s story about taking back control proved compelling precisely because it was attached to a set of political acts – leaving the European Union, closing the borders, winning “national sovereignty” – whose radical consequences needed little explanation.

We absolutely need to reclaim questions of control as the territory of the left. But if the last few years of political turmoil have taught us anything, it’s that you cannot declare an alternative trajectory that anyone will believe without proposing something that looks and feels truly different.

We need a more believable vision of economic democracy that leaves no doubt as to its transformative potential. A vision that makes clear that mass participation is the only way to re-rig the economy in our interests as opposed to the interests of investors and speculators. A vision of renewed collective culture and belonging in a society that is still reeling from decades of being told that it does not exist.

We need a vision of a society that learns to live together differently. A society run both for and by the many, not the few.