After Grenfell: ending the murderous war on our protections 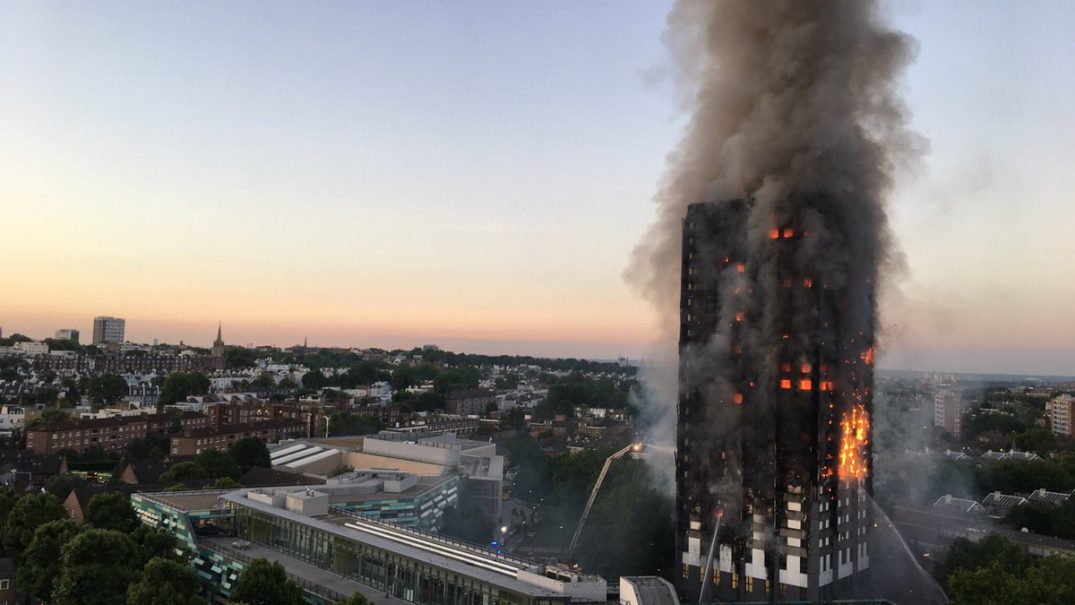 In the wake of the horrifying Grenfell Tower disaster, people are starting to ask questions about why reports on housing safety were sat on and ignored. And the finger is being pointed towards the government’s ‘war on red tape’ – more specifically, towards a little-known policy called ‘one-in, three-out regulation’.

As anyone who’s ever worked with us can attest, my partner-in-crime Stephen Devlin and I have been banging on about this for literally years. We wrote about it in this report for the New Economics Foundation, and I also blogged about it with tedious regularity over at my old site. But it’s only since Brexit that civil society has really started to sit up and take notice of the war on our protections – particularly with the advent of the ‘Great Repeal Bill’, through which the government hopes to strip out many of those protections which derive from EU law.

So here’s a quick primer on what people are talking about when they talk about things like ‘one in, three out’. The architecture the government has put in place has three main pillars, each of which are systematically designed to prevent new laws being passed and to privilege the interests of big business over ordinary people:

The key thing to understand about this regime is that it applies to any law that costs businesses money. That includes the cost of paying the minimum wage, the cost of building diesel engines that don’t emit poisonous fumes – and, yes, the cost of making our homes safe to live in. I’ve seen well-meaning people responding to social media posts about ‘red tape’ in the wake of the Grenfell disaster by saying “Oh, but when I hear red tape talked about it’s normally in the context of small businesses and the amount of forms they have to fill in, which is a real issue.” Yes – that’s what you hear talked about. But under cover of that narrative, what the government is actually doing is not just reducing administrative burdens, but cutting back all the laws that keep us safe.

The appalling fate of the Grenfell residents has laid bare the human consequences of this inhuman policy. And they are not the first casualties in this war on protections. Scientists have found that handing control of plans to cut salt and sugar in food to the likes of McDonalds and Mars may have contributed to 6,000 deaths a year. The government raised the speed limit for lorries on single carriageways in order to cut costs for haulage companies, despite acknowledging it would likely cause a 14% increase in accidents.

So make no mistake – this isn’t about form filling. This is about whose side you’re on – the side of big businesses with an interest in cutting corners, or the side of those who need protecting from exploitation and harm. Whether it’s our homes, our food, or the air we breathe, we need to scrap this poisonous regime if we want to be safe in this country.

After Grenfell, there are clearly a lot of battles that need to be fought to keep others safe and make sure that this kind of disaster can never happen again. More generally, the spotlight is turning onto the human cost of our dysfunctional housing market, and it must be kept firmly on it until we start to turn houses back into homes, rather than simply financial assets to be speculated with.

But there’s a wider war here that we mustn’t lose sight of. We have a real chance to rehabilitate the concept of laws and protections, and defeat the government’s pernicious deregulatory agenda. This stuff can be hard to mobilise around because it feels abstract and unimportant. But I just can’t get the horrific images from Grenfell Tower out of my mind – and they are reminding me in every single moment that this policy is neither abstract nor unimportant. It kills, and it will continue to do so unless we get it scrapped.

The three pillars described above are now all enshrined in law, in the Small Business, Enterprise and Employment Act 2015. If we want to start unpicking this murderous regime, we need to get those clauses repealed. I suspect the biggest challenge here is to get it on the parliamentary agenda as soon as possible – and then pressure Tory backbenchers to rebel. With the government’s position so weak, and the political climate turning in favour of stronger protections, I wouldn’t fancy their chances.