Labour and the economic illiteracy lie 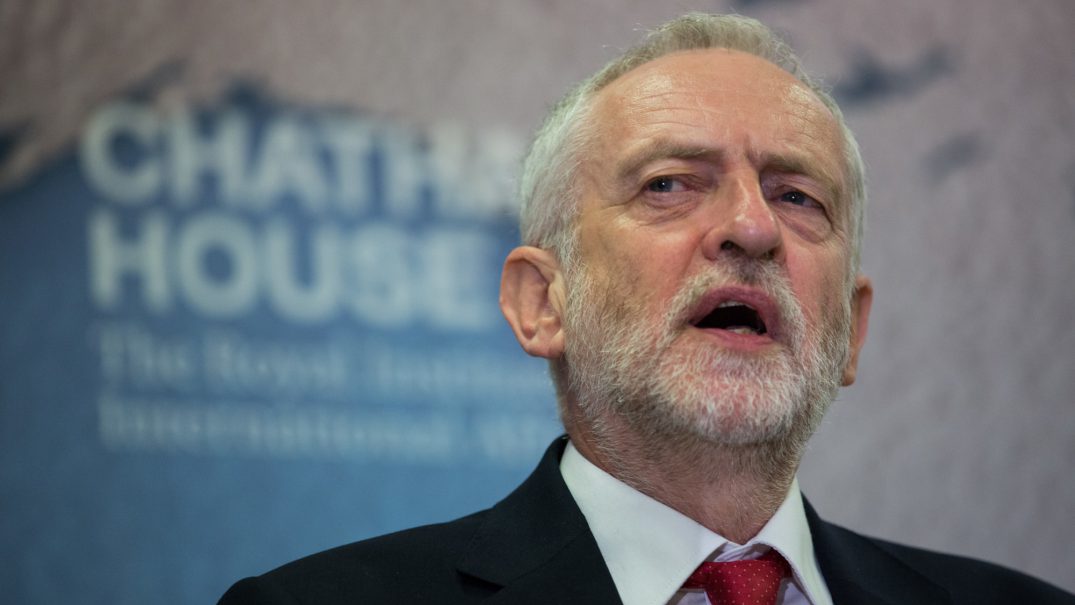 At this year’s Labour Party conference, Jeremy Corbyn stood up in front of a hall packed to the rafters with Labour faithful. Dyed-in-the-wool Corbynistas and new converts alike welcomed him to the stage with attendant whooping, cheering and, of course, chanting. Corbyn delivered a confident closing speech, where he reinforced commitments to a whole host of policies and spending pledges outlined in the Labour Party manifesto back in June.

These commitments included the creation of a National Education Service, which would breathe new life into an education system starved of money and with record numbers of teachers leaving the profession due to diminishing working conditions. They included the abolition of university tuition fees, which see graduates burdened with debts of over £50,000. They included billions more for the National Health Service, which is creaking under the pressure to perform on a shoestring budget and staring down the maw of a long and painful winter. And there was more. Renationalisation of energy, water and rail, an end to the public sector pay-cap, free childcare – the list goes on.

But then conventional wisdom rears its head. And it dictates that the policies outlined by the Labour Party amount to nothing short of economic illiteracy. These policies, the collective consensus dictates, while they might sound like nice ideas, simply could not work in the real world. There is no money left. It’s all gone, remember? There’s a deficit! There’s no magic money tree! We don’t live in cloud-cuckoo land! We all know the arguments.

But do we actually know if they’re right?

On 3rd June 2017, days before the general election, The Guardian published a letter, joint-signed by 129 leading economists, articulating full support for the investment-focused economic policies outlined in the Labour manifesto. The letter claimed that the policies are designed to “strengthen and develop the economy” and ensure developments are “sustainable”. What’s more, the letter boldly claims, the policies are based on “sound estimations” – surely not a phrase to be associated with Labour party economic policy in polite conversation?

Conservative policy would on the other hand, it claimed, “slow the economy at a crucial juncture”.

The authoritative endorsements don’t end there. Nobel-prize winning economist Joseph Stiglitz lent his support to Labour’s focus on investment, claiming “It is remarkable that there are still governments, including here in the UK, that still believe in austerity.”

And it is not just the Conservative government: the (quite frankly oxymoronic) idea that we must be fiscally frugal to secure economic prosperity has taken firm hold of the public consciousness and shows little sign of letting go.

There are many possible, and probably simultaneous reasons why the austerity myth enjoys such unadulterated acceptance amongst the British public. The idea that a country’s economy works like a household budget is a confusion as old as Aristotle, but it holds a frustrating amount of traction among the population and, once that false premise has been established, the idea of spending more to improve the economy does sound counter-intuitive. There’s the deeply-entrenched Calvinistic streak that runs through us as a people, which makes us particularly susceptible to narratives that dictate we must undergo some form of ongoing suffering or penance. And we have historically been socially conditioned, through centuries of egregiously exploitative feudal, or feudalistic, systems of distribution to accept the idea that we need to work very hard for little reward. Because that’s the way it has to be.

And, of course, there is the way the arguments are framed in our national debate. Arguments in favour of austerity are augmented, while those against are hushed – often by the very people who are making them.

Labour’s manifesto was not welcomed with open arms by all economists. Daniel Mahoney and Tim Knox of the notoriously opaque neo-liberal think tank Centre for Policy Studies issued a critique of the plans outlined in the manifesto after its release, specifically criticising points around tax reform.

However, a rousing endorsement of the Labour manifesto from economist John Weeks through the Policy Research In Macroeconomics organisation enjoyed precisely no coverage in the mainstream press.

When you see the one-sided level of exposure to these competing ideas, it is not hard to understand exactly why the public are so ready to accept the idea that Labour’s perfectly reasonable investment plans are “economically illiterate”, while remaining convinced that Conservative intentions to prolong austerity represent sound economic policy.

Labour’s plans are made even more unpalatable due to the public’s strong aversion to the ‘B’ word – borrowing. Any increase in public borrowing to fund these spending plans, our friend conventional wisdom dictates, would amount to economic suicide. This argument, curiously, doesn’t count when it comes to quantitative easing. In a Herculean feat of double-think, the public seems ready to accept that half a trillion pounds pumped into financial markets is necessary and prudent. The same amount set aside for a National Investment Bank, however, is economic madness

But what about future generations? Surely more borrowing would saddle them with huge and unjust levels of debt? Here, yet again, conventional wisdom fails to take the big picture into account. Even if this argument were true, future generations would undoubtedly benefit from improved healthcare, education and infrastructure far more than they would suffer from an increased debt-burden. What’s more, as Stiglitz points out, public borrowing doesn’t necessarily have to increase debt as, “if the value of your investments […] increases, then the economy is in a stronger position for the future.”

The truth is, it is austerity that represents “cloud-cuckoo land” economic thinking and the results speak for themselves. Conservative economic policy over the last seven years has resulted in Britain having the largest real-time wage decline in the OECD (with the exception of Greece), the slowest growing economy in the G7, and the Office for Budgetary Responsibility drastically cutting productivity forecasts. This is compounded by a string of failed (self-imposed) borrowing targets.

For too long, the dictated narrative has been that more public spending, while a nice idea, is not economically pragmatic. This is simply untrue. A drastically increased level of public investment is not just morally preferable, it is economically prudent. The received wisdom that we cannot afford to invest in our future must be challenged. The truth is, we can’t afford not to.