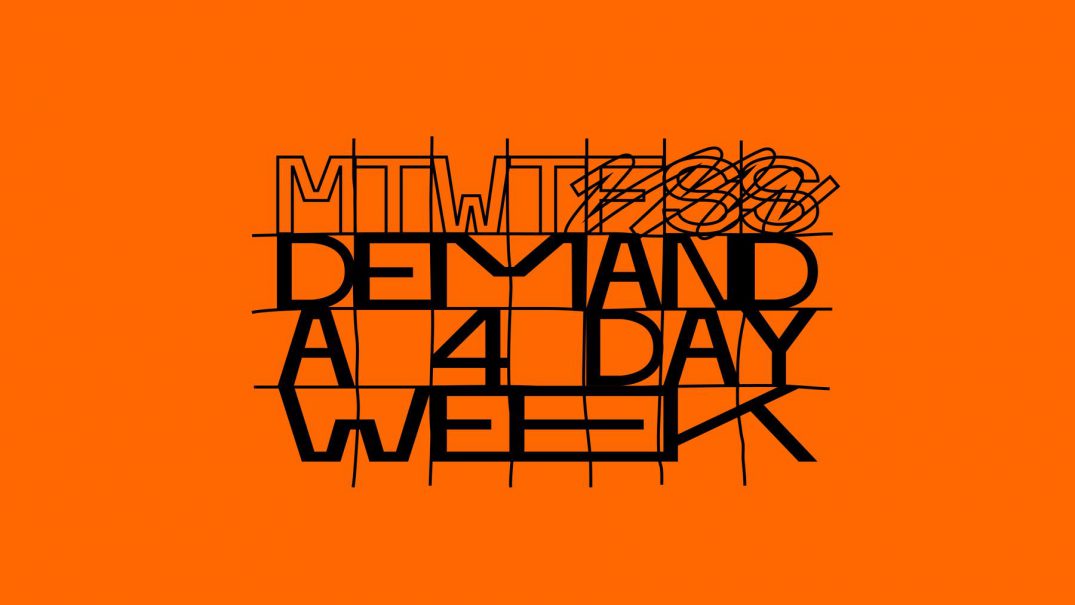 Work is currently undergoing a complex and multifaceted crisis. In order address these challenges we need to radically rethink the way that work — both waged and unwaged — is distributed, the role that work should play in society, and the response to automation and the threat of mass unemployment. At the 4DayWeek Campaign, we argue that a shorter working week is an essential component to solving these monumental issues.

Within waged work we are experiencing a dual-crisis caused by a single factor: the maldistribution of waged work.

On the one hand we are horribly overworked. In 2015/16 stress accounted for 37% of all work related ill health cases and 45% of all working days lost due to ill health. Work-related stress is often a major cause of family breakdown, drug and alcohol addiction, and heightens a series of other mental health issues. It also acts as an economic drag on the UK economy, costing us some £6.5billion a year in lost workdays, as well as the pressure it puts on public services.

On the other hand, statistics suggesting historically low levels of unemployment conceal persistent levels of underemployment whereby people are in work but do not get as many hours as they need for a decent standard of living. The Conservative Government repeat time and time again that the economy is working well and churning out jobs. However, these jobs are all too often those found in places like the gig economy where workers are forced to register as ‘self-employed’ and are not entitled to minimum wage, sick pay, or basic workers rights. This is reflected in the statistics showing that two in every five people employed in the UK are in ‘bad jobs’ — work which doesn’t provide a secure, living wage.

In its usual fashion, capitalism has turned this imbalance into a source of profit. The gig economy exists because we live in a society in which cash-rich but time-poor individuals pay people to do even the most routine of tasks. Deliveroo is the perfect example of this; it was set up after Will Shu, a former investment banker, worked hundred hour weeks and wanted good food delivered to his office for his hard work. In his own words, “when you’re working that hard and you don’t think about anything else, your sense of reality becomes warped and it becomes a huge issue.” His solution was to create a company that exploits precarious workers to create a hyper-responsive, on-demand food delivery service.

At the 4DayWeek campaign, we see this state of affairs as a peculiar madness. In a world where there are people with too much work living alongside people with too little, we argue that the logical solution to this is to redistribute what good work is available – to the benefit of all.

Work is of course more than just that which you are paid to do. Without the everyday activities, of cooking, washing, cleaning, childrearing, and caring for the elderly, the sick, and the disabled, society would cease to function. This too is undergoing a crisis expressed along gendered lines.

Unwaged work takes a phenomenal amount of physical and emotional labour, which is overwhelmingly done by women. In the UK, women carry out an average of 60% more unpaid work than men. This imbalance in unpaid work has a hugely negative effect on the wellbeing of women. The impact of juggling careers and caring for children and elderly relatives means middle aged women are two thirds more likely to suffer work stress than their male counterparts.

On the other side of the coin, working fathers increasingly want to spend more time bringing up their children. A recent survey found that 53% of millennial fathers want to move to a less stressful job, and 48% would take a pay cut to achieve a better work-life balance.

As with waged work, there is an argument to think again about how unpaid work operates in society. To increase gender equality more of the care burden must fall upon men who increasingly want to spend more time with their children in their most formative years.

The meaning of work

Beyond the imbalances in the distribution of waged and unwaged work, there is also a crisis of meaning within work. At the centre of this crisis is a question about the very purpose of work.

In 2015 yougov carried out a survey that revealed that 37% of people in the UK thought that their job made no meaningful contribution to the world. David Graeber has described this phenomenon as a “scar across our collective soul”. Clearly he has a point: over a third of people in the UK experience a profound sense of alienation from the work they do. This abject dissatisfaction with work has serious impacts as having a bad job has been shown to be worse for your health than unemployment.

And yet as a society we fetishize the work ethic: in Britain you are either a ‘worker’ or a ‘shirker’; the entire political rhetoric is targeted at the idea of the ‘hard-working family’. This is expressed in a brutal system of unemployment and disability benefits which are designed to force people into work. The infamous Work Capability Assessments have been shown to inflict permanent mental health problems with heart-breaking results. The work ethic assumes work is inherently good, and work has become an end in itself, bending and distorting individuals towards its demands.

Work should instead exist to promote a conception of the good life, where the individual and society are seen holistically, and where wellbeing is seen as the ultimate goal. If work is not fulfilling that function then we should look seriously at how it operates in society. We argue that work-time should be reduced; not only will it allow people to spend less time in jobs damaging their health, but also fully engage with other aspects of society and do things that have been proved to truly benefit wellbeing, like forming strong relationships with friends and loved ones.

The future of work

The problems outlined are all likely to be exacerbated by the expected impact of automation. It is estimated that by 2020, over 30% of jobs in the UK will become automated. As more and more jobs are done by machines, we are likely to face the prospect of widespread unemployment and low wages if things stay as they are.

The only way to deal with this widespread disruption to the labour market is by radically altering the way we think about how work operates in society. A 4 Day Week will help share what work is still available and thus distribute more evenly the benefits accrued by automation.

We face two possible futures: the first is a dystopia where a shrinking pool of good quality paid work is held by the privileged few and the rest of us scramble around for low paid temporary work, while unpaid work continues to be spread unevenly along gendered lines. The second is a world where the benefits accrued by technological change are shared more evenly across society, providing well paid meaningful work and security, while offering us all the chance to fulfil our own societal duties – spending time caring for the ones we love most.

Which do you prefer?