Owning the future: strategies for a democratic economy 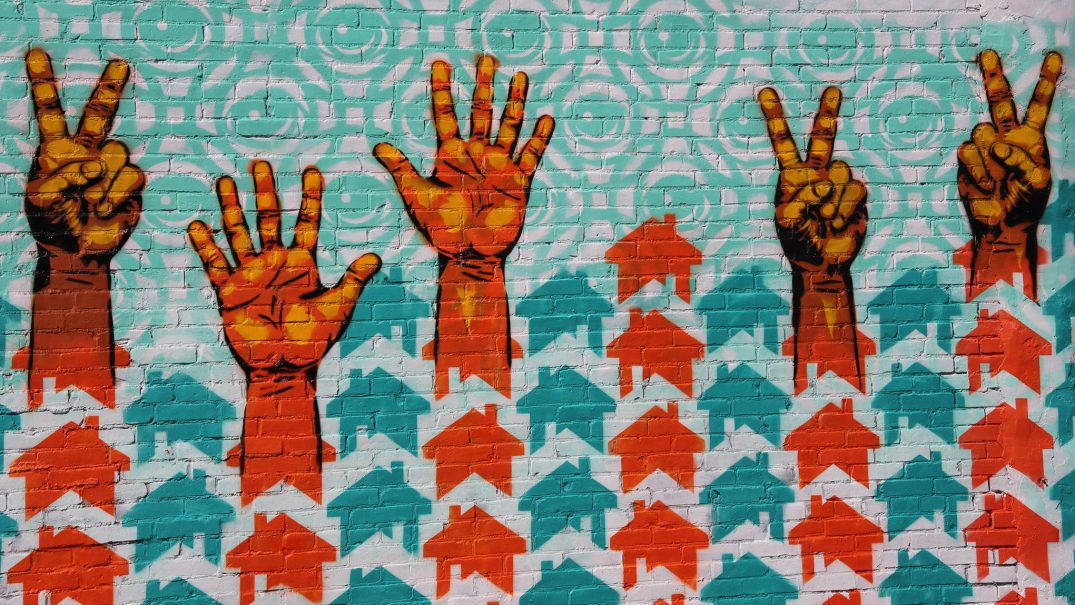 Deep and intersecting crises confront us. Growth is anaemic; wages and productivity are stagnant; inequality is stark; investment is low; consumer debt is high; and asset bubbles are frequent. Future trends, from the rise of the data oligarchs to the disruption of automation, threaten to deepen the inequalities and inefficiencies of neoliberalism. Overarching everything, an extractive model of capitalism is driving escalating environmental collapse, threatening the conditions upon which all of human society ultimately depends.

In the face of a failing economic model, tinkering won’t suffice. Our future will depend on our capacity for institutional reimagining, on our ability to rethink and reshape how we produce and distribute wealth in more democratic and sustainable ways than present. Fundamental to this must be a new architecture of ownership. Co-operatives Unleashed, our new report for the New Economics Foundation (NEF), not only looks at how to grow pure co-ops, but also how to transform patterns of business ownership across the economy.

Ownership matters. Who owns and controls the productive wealth of nations and communities is fundamental to how an economic system operates and in whose interests. The nature and distribution of ownership intimately shapes the distribution of power and reward within society, undergirding the present and shaping our economic futures.

For 40 years, the economy has been a one-way-street. Assets and equity have flowed upwards and outwards, and with them wealth. Margaret Thatcher promised a world ‘where owning shares is as common as having a car’. But the grand promise of a share-owning democracy, and with it broad-based economic power, has crumbled. Now, more than half of UK company equity is owned abroad and only just over 12% by individuals, while the richest 10% own more than 60% of the nation’s financial wealth. The interests of those who own Britain’s businesses, moreover, are often misaligned with those of other stakeholders, such as employees, customers, service users and local communities. And even where they are better aligned, a concentration of shareholding and the distant power of capital markets hollows out the agency of individual shareholders and workers.

Piecemeal reform that leaves current models of ownership and the distribution of economic assets untouched will leave the fundamental values, operations, and outcomes of our economic system unchallenged. In place of extractive, disconnected and short-termist forms of ownership, we have to build forms of ownership that are distributive by design, generative in purpose, democratic in orientation, and have a sense of connection to place.

There is no single step that can achieve this. What is required is a pluralistic and proactive strategy to scale alternative models of ownership that can reorient enterprise towards the common good, shape production toward democratic needs, stem financial leakage and build a future of shared economic plenty by sharing the rewards of our collective economic endeavours.

Co-operatives – a tried and tested means of democratising and equitably sharing the benefits of enterprise – must be central to this agenda. At their heart, they are free and democratic enterprises. Indeed, in the countries in which they have thrived, they are often rooted in resistance to oppressive government or the march of a market economy that is prejudiced in favour of an extractive and financialised model. Co-ops are by nature organisations with a purpose, and are very often established to achieve a specific social or environmental goal by pooling the resources of a defined group of people.

Co-ops exist to share risk, power and reward. They are therefore more democratic and accountable forms of business that cannot sell equity on capital markets and so are beyond the influence of the shareholding conglomerates. Recent studies have also shown them to be more enduring and resilient in the face of market disruption, more profitable, more productive, happier and longer-lasting than non-co-operative forms of enterprise.

Yet co-operatives – and indeed all alternative forms of ownership – operate in a hostile economic environment. From challenges in accessing finance to poorly tailored regulatory and legal systems to an underpowered supportive infrastructure, they face an uphill challenge. By contrast, the most successful co-operative economies such as Italy, France, and the USA, provide the legal, financial and operational arrangements for the sector to thrive. It is not surprising then that the co-op sector in those countries is much deeper than our own.

Given this, we should not expect significant co-operative expansion to happen in the current institutional context. Nor can or should we expect co-operativism to expand dramatically through the force of ethical example and exceptional effort, not least because co-operatives are currently subject to intense external pressures due to their operating in a wider, extractive and dysfunctional economy.

Instead, it should be because they are a form of purposeful, successful enterprise that most effectively brings together the ability and interests of ordinary people backed by a supportive institutional, financial and legal framework. Co-operatives should thrive, in other words, as a form of economic organisational ‘common sense’.

Public policy – and an ambitious politics for a new economy – are crucial to creating the conditions for this to occur. NEF’s new report, Co-operatives unleashed, sets out how this can be done.

First, a new legal framework for co-operatives should be established, including a statutory underpinning for the creation of co-operative indivisible reserves and an asset lock, and the introduction of a ‘Right to Own’ to support employee buyouts and the co-operatisation of existing businesses.

The second step is to develop a range of financial instruments and institutions tailored to the needs of the co-operative economy. This should include the creation of mutual guarantee societies, common across Europe, that help co-ops and SMEs pool risk and access funding, as well as the introduction of tax relief on profits reinvested in asset-locked indivisible reserves and on profits paid into a co-op development fund to incentivise common wealth creation.

Third, to develop and extend the capabilities of the co-operative movement, a new Co-operative Development Agency for England and for Northern Ireland should be established. These would seek to replicate and expand on the success of Cooperative Development Scotland and the Welsh Cooperative Centre in developing the capacity of the co-op movement across the rest of the country. It should focus on facilitating knowledge exchange and sectoral co-ordination, supporting co-op business development, and help replicate, shelter and expand successful co-op models by providing an accessible co-op replication service.

Finally, cooperatives must be supported to thrive in their communities and localities as genuinely rooted businesses capable of retaining power and control within that place and returning value to communities. This requires creating real life contexts across the UK where people can come into contact with coop ideas and realise how they can be applied to their livelihood and community. Innovative place-based community wealth building and local industrial strategies are crucial to this and hence to co-operative development. This could include encouraging local procurement and commissioning strategies to support, where appropriate, co-operatives and social enterprises, and local authorities, in combination with the community, social oriented enterprises and unions, should work together to increase the capacity of co-ops and other local businesses to bid for anchor institution contracts.

As the political sun sets on neoliberal economics, and demand grows for greater wealth-building and sharing of value with those that add it, there is a real need for policy that creates the kind of enterprises that can fulfil this demand.

What is needed – alongside an expansion of the co-operative sector – is a deep economic heartbeat that consistently and over time transfers the ownership and control of businesses to workers and other key stakeholders. Alongside the co-operative specific proposals, we therefore set out a new institution called an Inclusive Ownership Fund to do just that. Under this proposal, all shareholder or larger privately-owned businesses would transfer a small amount of profit each year in the form of equity into a worker or wider stakeholder-owned trust. Once there, these shares would not be available for further sale.

When the fund reached a controlling level of ownership of a firm (or, in the case of businesses succession, proposed takeover or crisis, a lower but significant level of ownership) the stakeholders controlling the fund could opt to assume control of the business. But prior to that, steps could be built into the fund that would see incremental improvements in worker or wider stakeholder participation when the fund reached certain levels. In other words, the Inclusive Ownership Fund would act as a mechanism for transforming ownership over time, putting power and control in the hands of people rooted in places that depend on the success of purposeful business rather than remaining the preserve of rootless capital.

Ownership matters. It is both a force and fulcrum; it is no coincidence that the two major transformations in the UK’s political economy were undergirded by changes in ownership models, with nationalisation securing the post-war settlement, and privatisation driving its undoing. As we urgently seek a third transformation, new models ownership – as today’s report sets out – must be at the heart of our economic reimagining.