We have a real choice between different economic futures 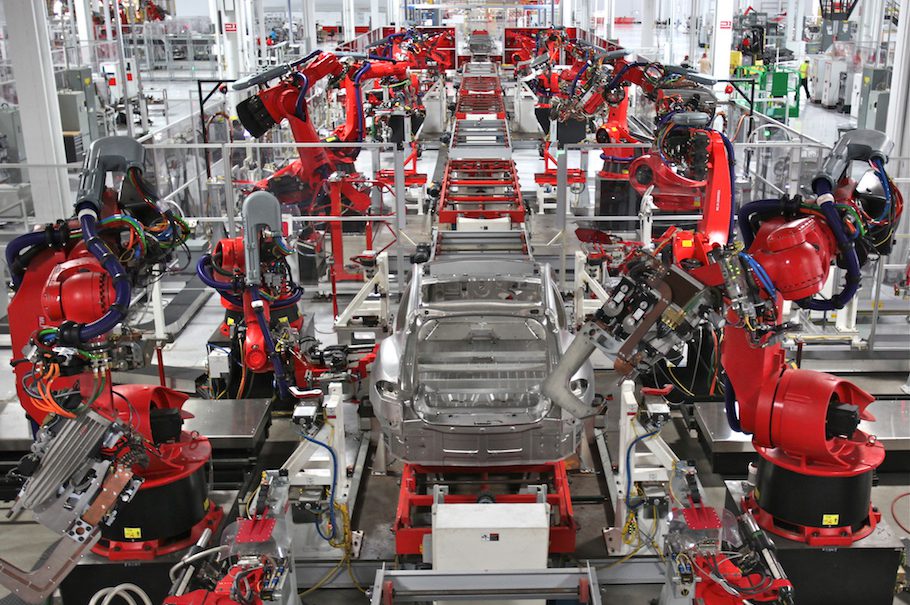 This election comes during a remarkable period in British economic history. Over the past ten years real wages have suffered a larger decline than in any other advanced country apart from Greece. Mark Carney, Governor of the Bank of England, recently said that Britain is experiencing its “first lost decade since the 1860s”.

Faced with an unprecedented squeeze on living standards, families across the country have resorted to desperate measures. The number of people using food banks in the UK reached 1.2 million in 2015-16 – up from just 26,000 in 2008-09. Unsecured household debt – credit cards, overdrafts and other forms of consumer borrowing such as payday loans – is set to reach record highs.

Years of austerity has pushed public services towards breaking point. A steep decline in funding relative to GDP has left the NHS facing a “humanitarian crisis”, while cuts to school budgets have forced head teachers to axe staff and raise class sizes. Decades of underinvestment has left the UK lagging far behind other advanced economies. British workers are now 22% less productive than workers in the US, 23% less than in France and 27% less than in Germany. Precarious jobs and zero-hours contracts have grown throughout the labour market.

Now, with Brexit on the horizon, things are likely to get worse before they get better. According to the Office for Budget Responsibility, a combination of stagnating wages and cuts to working-age benefits means that real earnings will be lower in 2020 than they were back in 2008. According to the Resolution Foundation, we are on course for the biggest increase in inequality since the days of Margaret Thatcher. Never before has the outlook for living standards been this bleak.

But this period of economic decline is not the result of “natural” forces. It is the result of a faltering political and economic order that has reigned supreme in Britain for four decades. A system which has put blind faith in market forces, and tipped the balance of power towards capital and away from labour. A system which has prioritised London’s status as a global hub for financial services, while leaving other regions to suffer at the hands of industrial decline. A system which has allowed wealth to flow upwards by rewarding value extraction more highly than value creation.

In 2008 this system came crashing down when the poster boy of deregulated market fundamentalism – the financial sector – failed catastrophically, taking the whole economy down with it. But without a clear alternative to take its place, the response was to double down on a broken model.

Nearly ten years on, and the economic recovery has been the slowest on record. In fact, when measured properly, there has been no economic recovery – output per head of population still remains below the pre-crisis trend. Interest rates remain stuck at zero, while the Bank of England has relied on £435 billion of quantitative easing to keep the economy afloat. Despite the upbeat rhetoric from the government and right wing press, the reality is that Britain’s economy remains on life support.

It is within this context that the political upheaval of the past twelve months – both at home and abroad – must be viewed. If an economic model delivers stagnating living standards, rising inequality and growing insecurity, it should not be surprising when citizens revolt.

In different ways, both Theresa May and Jeremy Corbyn are symptoms of this faltering economic model. Despite backing Remain in the EU referendum, Theresa May’s reign as prime minister is a direct product of the Brexit vote. While the reasons for Brexit are complex, evidence shows that geographical distribution of living standards, industrial decline and exposure to austerity played a key role in determining how people voted.

Since becoming prime minister, Theresa May has made a concerted effort to appeal to Brexit voters. Rather than tackle the root cause of genuine fears – a failing economic model – she has played into a toxic narrative which attributes blame to immigrants. In both style and substance, Theresa May’s Conservative party is bearing an increasing resemblance to Nigel Farage’s UKIP: a party hell bent on pursuing a hard Brexit, obsessed with reducing immigration, and nostalgic for archaic remnants of a bygone era – from fox hunting to grammar schools.

But despite the rhetoric of “an economy that works for everyone”, the Conservatives’ manifesto offers nothing new in the way of economic policy. Instead, we are presented with more of the same: more cuts to welfare and public services, lower taxes for corporations and the well-off, slashing “poor and excessive government regulation” and Orwellian rhetoric around a “strong economy”.

Where new polices do appear, their effect is usually to make peoples’ lives worse, not better. The commitment to reduce net immigration to “tens of thousands” is not only steeped in xenophobia, but is an act of gross self-harm. Even the government’s own forecasters say that reducing immigration to the tens of thousands will seriously harm growth and increase government borrowing by up to £30 billion. Combined with scrapping of free school lunches, the means testing of winter fuel allowance and the now famous ‘dementia tax’, the direction of travel is a continuation of the status quo, but slightly worse.

Jeremy Corbyn’s Labour party, meanwhile, embodies the mood of discontent and a hunger for something different. After twenty years of politics dominated by spin, sound bites and triangulation, millions of people viewed Corbyn’s sincerity and honesty as a breath of fresh air. Initially written off by the political and media establishment, his resilience in the face of constant attack has gradually won over sceptics. But it is not personality or persona that is Labour’s secret weapon – it is policy.

Corbyn’s unashamedly social democratic manifesto represents a marked departure from the politics of recent decades, and contains many sensible policies. A new National Investment Bank would provide long-term patient finance to upgrade physical and social infrastructure across the country. Taxes would be increased on the wealthy to pay for struggling public services. Key utilities would be brought back into public ownership, student tuition fees scrapped, corporation tax increased and workers’ rights strengthened.

Unsurprisingly, the right wing press decried that the manifesto would “drag us back to the 1970s”. But none of Labour’s flagship policies are remotely controversial in Germany, which is the most productive and dynamic economy in Europe, or in the Scandinavian countries, which consistently sit at the top of global rankings on socio-economic development. The hysterical response from the media shows just how detached Britain has become from the mainstream of European economic thinking.

Labour’s proposal to double the size of the co-operative sector – supported by the introduction of a “right to own” policy – is a bold and ambitious way to reinvigorate enterprise and democratise ownership of capital. The proposal to break RBS up into a network of local public banks would create the kind of mid-tier banking system that is the lifeblood of Germany’s industrial power. The pledge to utilise the public sector’s £200 billion spending power in procurement to help create good local jobs, protect the environment and reduce inequality could be transformative. The promise to introduce a financial transaction tax would put a break on harmful financial speculation, and help return finance to its rightful place as the servant, not the master, of our economy.

Many commentators have been quick to judge party manifestos on the basis of whether each individual policy measure has been “fully costed”. Journalists get excited about the prospect of tripping up politicians with questions about “where the money will come from”. Unlike the Conservatives, Labour made a noble attempt to the cost their manifesto. But as many economists have already pointed out, obsessing over specific policy “costings” may be good journalism, but it is bad economics. It makes little sense to obsess over whether each item of addition spending is matched to a measure to raise additional revenue, because this is not how government spending actually works.

Moreover, assessing individual policies in isolation overlooks the dynamic interactions which determine the health of the economy. Taken as a whole, Labour’s manifesto would reboot the economy by kick starting the positive feedback loop between investment, productivity, wages and tax revenues. It would also help to rebalance the economy away from London and towards other parts of the UK.

But while Labour’s offering is a welcome step in the right direction, it is no panacea. There are many areas for improvement. Addressing the housing affordability crisis means not only building more homes, but fixing our broken land market. An ageing population and growing intergenerational needs a bolder approach to social care and inheritance. Moving towards a low carbon economy requires a systematic greening of the economy, not just targeted investment. Automation, big data and the changing nature of work demands a more radical rethink of welfare policy, and a more sophisticated debate about ownership in our economy.

The media has failed to engage in this debate, or even acknowledge the scale of the challenges we face. That’s why at openDemocracy we are bringing people together to get to grips with the long running economic crisis unfolding in Britain, and figure out a new economic programme.

Join the conversation, and help us build an economy to meet the challenges of the coming century.