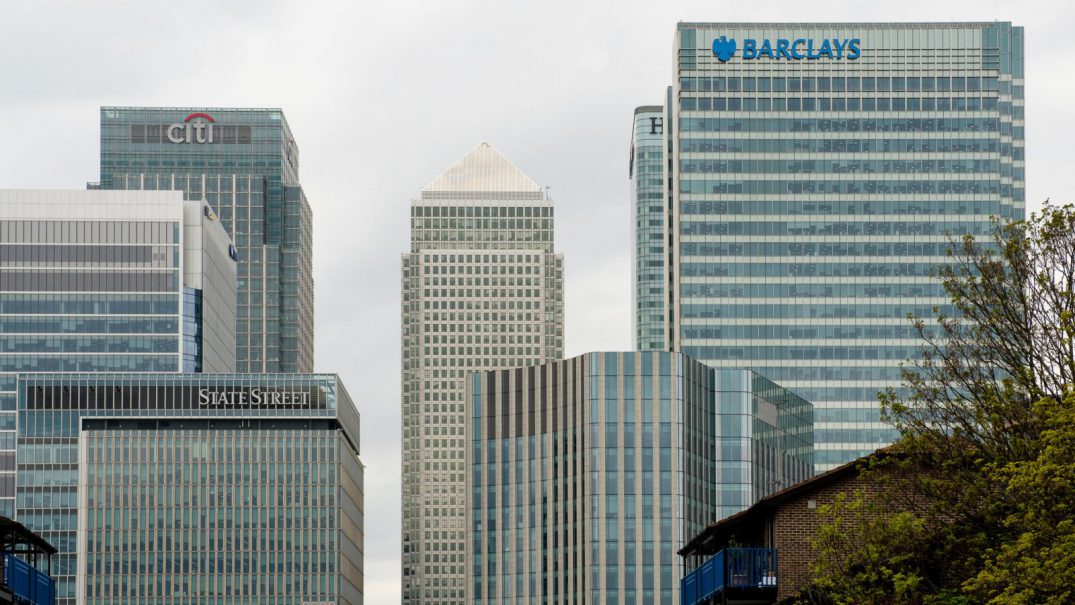 Climate change may ultimately be a crisis of the capitalist system. The naturally omnipotent financial structures that have, without grace, risen to the top of such a system have been fuelled by one source: investment. But as far as the crisis of climate goes, we are in too deep and we have not enough time to shift our political or financial paradigm. If we are to pivot on our path in time to make a real difference, great and global in scale, we must harness the forces that drive our markets today. In this, socially responsible investment practices are a crucial tool in bringing our financial system in line with our own social goals. Together, allocation of capital and changing public attitude could be highly influential in our fight to mitigate climate change.

To set the scene, imagine you are managing money on the stock market. This money is spread across a portfolio of carefully selected assets: listed companies (like Apple or Facebook), bonds, derivatives and private companies or property. Actively making money above and beyond the benchmark (the market average) is no small feat and, aside from creating your own, there are plenty of different strategies to choose from: Active or passive; defensive or aggressive; value or growth. More recently, socially responsible investing, known as SRI, has taken a strong hold. At COP21 auxiliary events, the number of investment firms advocating this strategy, and those encompassed by the term under different names – such as green or sustainable investment – astonished me: socially responsible investment is growing and here to stay[1].

Broadly speaking, SRI involves selecting assets which take responsibility for financially material factors, such as the social and environmental issues important for tackling key global problems[2]. The strategy is based on this assumption: companies which currently seek to protect their natural and social resources are more likely to weather tough times and gain competitive advantage in the future[3]. SRI has evolved out of the concept of an ethical investment fund, which is run with negative screens, automatically excluding certain companies. Ethical investment funds date back to the emergence of the value-laden investment demands from Quakers groups and church officials[4], who could not condone portfolios of slavery, weaponry, or porn. Modern institutions are similarly not keen to be associated with particular endeavours: For example, educational institutions would be foolish to invest in child labour; health services would be hypocritical to invest in tobacco and it might seem morally wrong for conservation organisations to be invested in oil companies. As the public began to hold various institutions to what they preached, an ethical fund market sprung up in response.

However, problems arise when portfolios are limited by exclusion screens. For one, a single screen for carbon would not address problems of pollution, health or women’s rights. Furthermore, calculating the carbon footprint of a portfolio is complex and expensive in labour (modern standards calculate the total embedded carbon, including the carbon emitted from design, manufacture, use and disposal). Operating with a restricted investment universe can also mean that funds suffer badly when the market drops because it means leaving out many of the largest, most defensive stocks, which pay good dividends even when times are hard – such as British American Tobacco, BP and Shell etc. SRI, which instead picks investments based on positive qualities, is an attempt to take a more robust approach both to ethics and economics, by trying to reconcile the two.

The power of SRI lies in the way it combines disinvestment (divestment) with the next, crucial step: reinvestment. Managers are not sending money directly to companies when they buy up shares (unless it is an initial public offering (IPO)). Rather, they are paying the previous investor who has sold out, or an intermediary who handles such transactions. Importantly, this means that withdrawing money out of a socially or environmentally irresponsible company by selling shares may not damage said company’s finances as there is generally someone less scrupulous ready to buy. This means that managers acting alone, who are unlikely to own large proportions of any one stock, will barely cause a ripple on that stock’s share price.

This question of  divesting and reinvesting in publicly-traded stocks is closely debated. Some research does show that when institutions band together in they can trigger cascading changes in social norms, affect company reputations and challenge their subsequent debt financing[5], making it more difficult for irresponsible companies to fund new projects. The financial case for such divestment and reinvestment is likely to increase further with green-tech/clean-tech advances[6], so we should hope to see greater reallocation of capital to SRI-like funds. Less controversial, however, is the idea that investing in privately owned sustainable companies can help to support changemaking entrepreneurs in their pursuit of a better world (and/or riches). Venture capitalists, for example, are considered the “gate keepers” to new business: lending expertise and making high risk investments[7], with a key role to play in the development of sustainable start-ups.

Whether private or public, socially responsible companies can be selected for SRI portfolios by asking the right questions, before looking thoroughly at the financial returns: How sustainable is the product that the company provides? Are management well incentivised for a long-term outcome? Is the employee turnover low? Is employee diversity high? Do people enjoy their jobs? Are health and safety standards good? Have externalities, such as pollution, been internalised? Would they suffer from future carbon tax legislation? Could their reputation be damaged by poor environmental, social or governance practices? (According to research by Cone Communications[8], 90% of people surveyed would boycott a company if they learned of irresponsible business practices.) Asking these questions is not only about being morally responsible citizens, rather it can be about doing good business. For example, if a company’s operations rely on labour force based in country with a high HIV rate, investing in HIV awareness education and employee testing facilities could make economic sense. The health of employees is essential to the success of the business: if more workers take sick days, then less work is done and company costs increase. From an investment point of view, offering this type of social service is not so much morally right as it is smart business. Financial performance and strength of balance sheets always remain important metrics but are no longer the first things an analyst looks for. Endorsing SRI is not the end of our plight, but it could certainly help to promote some of our most important ethical and societal goals.

Integrating social and environmental analysis into an investment strategy can help managers reach beyond ‘good’ companies to highlight solution companies, those whose core aim involves making the future safer, healthier and more sustainable. An example would be a battery company, whose product can be incorporated into renewable power sources and electric cars. Not all stocks in a sustainable portfolio must provide a solution to climate change however. Low diversification translates to higher risk, meaning fewer clients are attracted and resulting in smaller shifts in capital (meaning the fund is less influential more likely to fail). Funds can diversify by investing in best-in-class companies as well as “pure” sustainability. For example, a well run environmentally conscious platinum mine could be considered part of our sustainable future because platinum is currently essential for reducing pollution from car engines. Of course, it must be addressed that what is classed as “solution” or “best-in-class” can be subjective, opening the door for ‘greenwashing’ marketing campaigns. Clients should speak to potential fund managers and understand what drives their investments, selecting managers based on value-alignment and transparency.

So how do we ask for change and from who do we ask it? The reality is that when it comes to their own money, many people are likely to choose higher returns over better environmental practices. To shift the investments of these people we need to prove that SRI is equally or more profitable relative to traditional investing, over the long-term. Although there are skeptics and, realistically, failures, the generally consistent answers from research literature suggest there is not a performance penalty for investing sustainably[9] – Generation, Impax, Jupiter and Alliance Trust Investments are individual success stories. As well as making demands of investors and their money-managers, we also need to demand changes in government policy. The financial sector may be largely private but if it is the broader system we seek to change we should look beyond individual investment houses. Pressure from government agencies is gaining and there is evidence that a confluence between organisational and policy responses is beginning to emerge[10]. For example, the latest Intergovernmental Panel on Climate Change (IPCC) report contains an entirely novel section on projections and recommendations for Investment and Finance[11].) Together, these actors must remould the system so it becomes realistic and more profitable for individuals within it to act virtuously.

That same unsavoury feeling you get upon realising you are indirectly supporting the tobacco industry via your pension and inconspicuously advocating for deforestation through your public bank is exactly the feeling that will drive investment decisions over the coming decades. Younger generations are growing up with climate change as a defining issue and there is an increasingly urgent demand for action and value-expression. In North America alone, $30tn of wealth will be transferred from baby boomers to millennials over the next 10 years,[12] presenting an immense opportunity to redirect and inject capital into a more sustainable financial model. As this generation inherits a rapidly-warming Earth, socially responsible investment has the potential to play a major role in securing our planet’s future.

[1] For example, the 2015 New York Times “Energy for Tomorrow” International Conference where I worked as a microphone runner.

[5] Ansar A, Caldecott B, Tilbury J (2013) Stranded Assets and the Fossil Fuel Divestment Campaign: What Does Divestment Mean for the Valuation of Fossil Fuel Assets? Oxford: University of Oxford. 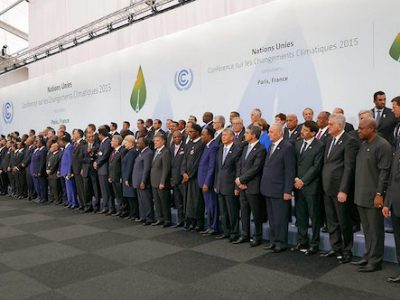