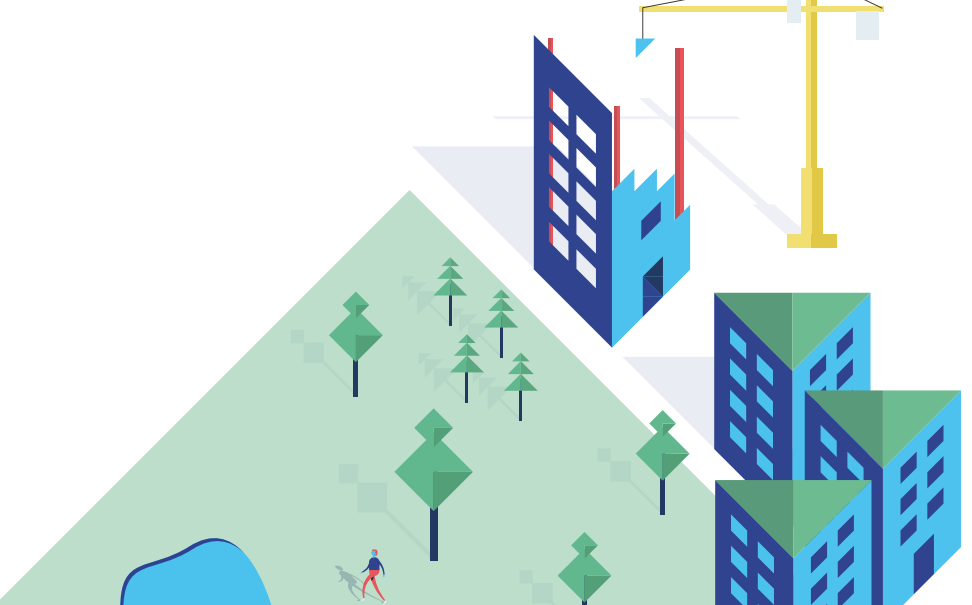 The most urgent problem facing the next generation is the unaffordability of housing.  Although any solution will involve several elements, a central feature must be a major increase in public investment in social housing. To be effective, changes to housing policy must be sustained over the long-term and command wide public support to ensure they will be implemented by whichever political party is in power.

In our new report, ‘Remodelling Capitalism: How Social Wealth Funds could transform Britain’, we propose a radical expansion of the role of the state to ensure that future increase in housing supply, especially of social housing. We believe the state should be primarily responsible for ensuring there is enough land available for future housing development, building on the huge reservoir of land already owned by the public estate. The aim would be to ensure that land for public housing was available across the country, and to increase the overall supply of development land so as to reduce the cost of land, now a key element in the explosive growth of house prices.

Over the past 40 years the UK has sold off public land valued at around £400bn, but still retains considerable holdings. Although exact figures are hard to come by, the best estimate is that the UK public authorities currently own about 750,000 hectares, with two thirds owned by local authorities and public bodies like the NHS and the other third owned by central government.

Our proposal aims to create a series of regional or urban land trusts, based on consolidating and professionally managing the portfolio of existing publicly owned land suitable for development. The trusts would then hold and own this land in perpetuity. The primary aim of these regional land trusts would be to ensure that society retains what is left of publically owned  land and uses it to build the next generation of social housing, as well as other suitable developments such as social infrastructure. All public sector owners could, should they choose, transfer their operational land and property assets into the trusts. This would enable the trusts to coordinate the management of all the public land.

The local trusts could acquire additional parcels of land suitable for housing by purchasing them at existing use value. Land unsuitable for social housing, or public land in regions without demand for social housing, could be leased to the market for private housing, as well as commercial and retail development. The lease arrangement (with the income accruing to the trust ) would enable the trusts to ensure that they retain control over the character of the private developments, including the provision of adequate infrastructure and inclusion of social provision. The trusts could also specify conditions regarding maximum rent levels, maximum rent increases and/or minimum levels of security of tenure.  It would also include provisions for the forfeiture of land for non-compliance with the conditions stipulated in the lease.

The trusts would also have the power to borrow in order to acquire land, secured against its existing land portfolio, and could be given powers to acquire land banks that are being held by private developers who are not currently building housing on these plots.

Any rental income from social housing and leasing income from commercial and retail development would be used by the land trust to meet the financial obligations it incurred through borrowing to build the housing. Any additional capital would be ploughed back into the trust to further assist it in meeting its prime objective of building social housing. Where the demand for social housing has been met, the money would be ring-fenced to pay for future land acquisition and housing development.

The trusts would be bound by a number of core principles. Firstly although they would be established by the state they would operate independently of it. An independent board, which would include local people, would manage the governance of the trust and ensure that it met its social purpose and protect the assets in perpetuity from misappropriation. The day-to-day management of the trust would be conducted by property management professionals.

The title to all the publicly owned land suitable for development would be transferred to the trusts at no cost to itself or the previous owner, which would be granted temporary stamp duty relief. The urban land trust would retain ownership in order to ensure that it can develop land itself, as well as leasing land at an agreed rent for development. As it expands its land and property holdings it will generate additional income through rental and leasing income.

One of the fundamental challenges with building good quality social housing is the high cost of the land. Land now makes up the largest proportion of the cost of housing in many areas (up to 70% in some areas compared to just 1% for New Town developments such as Milton Keynes or Harlow). Building on land already in public ownership will allow the regional/urban land trusts to build social housing without needing to take into account the cost of the land. This will cut the cost of building substantially and means that the development will start to generate profit faster than private developments which also need to make back the cost paid for the land.

Utilizing the existing land that the regional/urban land fund owns, together with the newly acquired land at existing use value, should result in increased availability of housing, especially social housing, as well as dramatically lowering the cost of acquiring land for the trusts.

The advantage of adopting a local approach to this type of social wealth fund is that it is likely to get local buy-in, and could be implemented on a piecemeal basis, and would show results without waiting for many years for national social wealth funds to accumulate.