Put public services into the hands of local governments 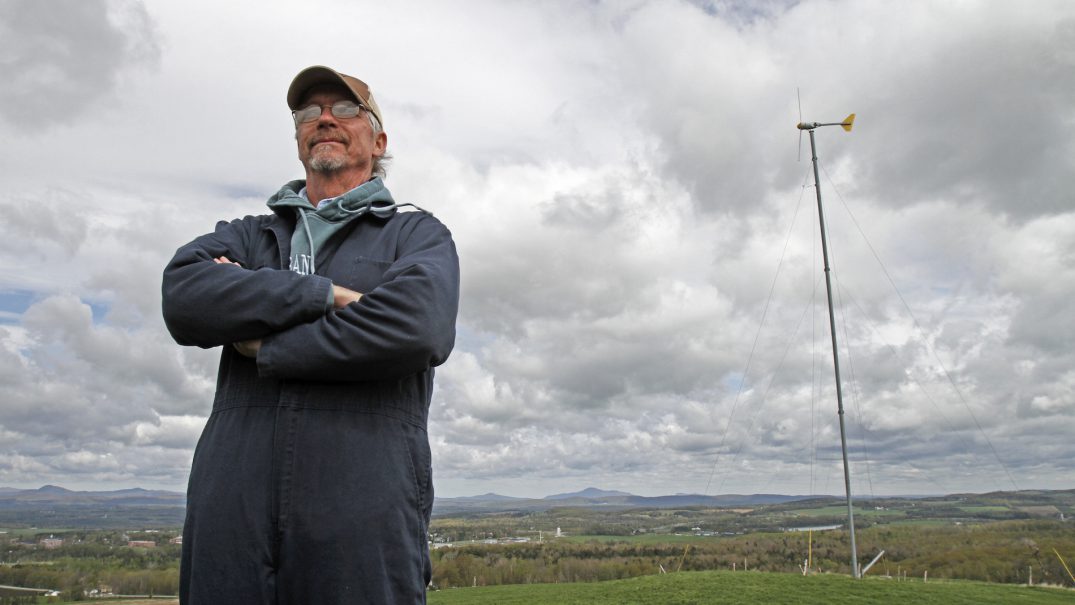 Bryan Davis stands on the hilltop with his wind turbine on Friday, May 11, 2012 in Derby Line, Vt. A Vermont wind power developer and two dairy farmers in the border community of Derby Line say they’ve been surprised at the level of opposition to a plan to build two turbines that has been coming from the Quebec town of Stanstead.(AP Photo/Toby Talbot)

Public ownership should mean more accountable, efficient services, whether that’s at the local, regional, national or international level. Locally, this involves councils running or taking over strategic public assets or contracts for services, and it has huge potential.

Extreme government pressure on budgets has led to council cuts and privatisation – what Polly Toynbee calls ‘the retreat of the human face of the state’. At the same time, there’s an exciting countertrend towards more local public ownership, not just in conversations happening within Labour, but also globally and in the UK.

170 German municipalities have bought back their energy grid since 2007. 235 cities worldwide, including cities like Atlanta and Houston in the US and Paris in Europe, have taken water services into public ownership since 2000. APSE research has shown that dozens of UK councils have brought services like recycling in-house to save money and improve quality. 12 municipal companies provide excellent bus services in places like Reading and Edinburgh. We now have Robin Hood Energy in Nottingham, the first council-owned energy company.

It’s no surprise that there’s been a global surge of interest in public ownership at the local level. Prices for basic needs like power and water keep rising, and private providers are often inadequate. But local public ownership is also exciting because of its potential impact on the wider economy and society. Here are five reasons to embrace it.

Privatisation often costs us more – in shareholder profits, fragmentation and higher interest – while evidence shows that it’s not more efficient. Local ownership gives us a clear alternative that would also boost local economies and communities across the UK. Let’s take it local.