Ten years after the crash, is civil society ready to take on big finance? 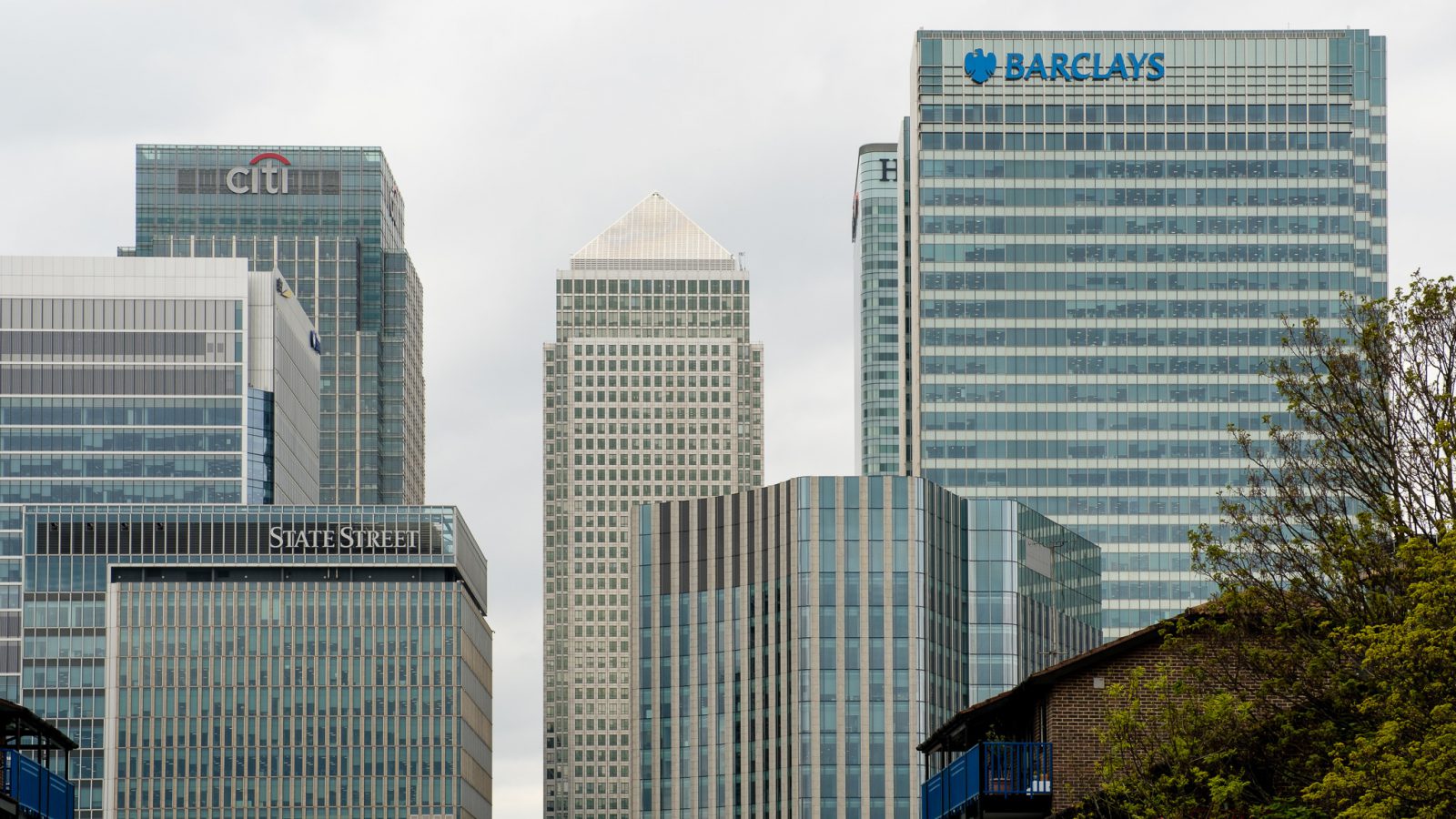 Ten years ago the French bank BNP Paribas ceased activity in three hedge funds, announcing that it could no longer measure the value of instruments based on US subprime mortgages.

The event is widely regarded as representing the beginning of the global financial crisis, as what had previously been regarded as minor turbulence in the US housing market became something far more serious. Banks stopped lending to each other and the financial system froze, sending shockwaves around the global financial system. The UK, with one of the biggest, most complex, and most interconnected banking systems in the developed world, was uniquely exposed.

A decade on, and the cost of the crisis – both human and financial – cannot be understated. The cost of bailing out the banks peaked at over £1 trillion, while the cost to the economy in terms of loss of income and output has been much greater. According to Andrew Haldane, the Bank of England’s Chief Economist, the cost may be as high as £7.4 trillion – similar in scale to a World War. Since the crisis real wages in Britain have suffered a larger decline than in any other advanced country apart from Greece. Years of austerity has pushed public services towards breaking point, and falling living standards has seen families resort to desperate measures like using food banks. Mark Carney, governor of the Bank of England, recently described the past ten years as the “first lost decade since the 1860s”.

As each ten-year milestone approaches – from the collapse of Lehman Brothers on September 2008 to the G20 London Summit held on 2 April 2009 – much will be written about the role of each of the major culprits: the reckless bankers, the weak regulators, the captured credit rating agencies and the blind economists. But what about civil society? What is there to learn from the experience of the financial crisis, and what does this mean for the future of civil society?

In 1960 UK banking sector assets totalled £8 billion, or 32% of the country’s annual economic output. By 2010 this had increased to £6,240 billion, or 450% of annual economic output. Relative to the size of the national economy, the UK banking system grew to be the largest among advanced economies, with most of the growth coming in the two decades prior to the crisis.

Despite this rapid increase in the size and influence of the banks and other financial institutions, civil society did not pay much attention to their activities. Of course, organisations such as credit unions have played a key role in local communities for many years. But in the run up to the crisis few organisations asked difficult questions about the financial sector as a whole, or asked whether it was serving the long-term interests of society.

Of course, civil society was not alone in failing to see the crisis coming. The vast majority of macroeconomists were caught entirely off guard, as were the regulators whose job it was to prevent such crises from happening. While the economy was hurtling towards catastrophe, central bankers were hailing the arrival of the ‘Great Moderation’ and Gordon Brown had declared the end of ‘boom and bust’.

Nonetheless, one of the roles of civil society is to ask difficult questions and to challenge power. While it would be unfair to pass blame for failing to foresee the crisis, elements within civil society could and should have acted more courageously to challenge the power of the City of London. But too often they found it easier to look the other way.

Too little, too late

Once the crisis hit, civil society organisations scrambled to come to terms with what happened, and what it meant for them. Few organisations were well placed to respond quickly. A longstanding perception that finance was a technocratic field best left to experts had left civil society woefully underequipped to intervene, despite the fact that civil society organisations are perfectly capable of getting their heads round other complex issues. Moreover, civil society’s capacity was reduced just as it was needed most, as funding sources started to dry up amid the economic fallout. Without a coherent analysis of what went wrong and what needed to happen, civil society struggled to make its voice heard in the process of reform that followed.

Despite this, there were a number of positive developments. The crisis triggered an awakening on issues of banking and finance, and gave birth to a dynamic new movement dedicated to the cause of financial reform. New organisations such as Positive Money, the Finance Innovation Lab and Move Your Money were established, and alongside older organisations like the New Economics Foundation set out explain the workings of the financial system and repurpose it for the common good. But despite some heroic efforts, these organisations inevitably faced an uphill struggle against the lobbying might of the sector and the ‘insider’ culture of the regulators.

It is difficult to know exactly how much the sector spends on lobbying, but an investigation by the Independent Bureau of Investigative Journalism revealed that City of London firms provided more than 50% of the Conservative party’s funding in 2010, the year of David Cameron’s general election victory. In 2012, a similar investigation revealed that the British financial services industry spent £92 million in one year lobbying politicians and regulators. Combined with the serial ‘revolving door’ culture between the industry and the regulators, it’s easy to see how civil society’s voice was drowned out.

While the limited reforms did rein in some of the worst excesses, it wasn’t long before intense lobbying from the sector led to them being watered down or rolled back. By 2015 this had paid off, as George Osborne announced a ‘new settlement’ between policymakers and the City and quietly passed a string of concessions to big banks in areas of tax and regulation. Then, in December 2015, Bank of England Governor Mark Carney declared that “the post-crisis period is over”. The message was clear: the financial system had been fixed, lessons had been learned, and it was time to move on. We could return to business as usual.

What next for the future?

As memories of the crisis fade, it is essential that civil society doesn’t roll over to the demands of bank lobbyists. Many experts outside the industry-regulator nexus warn that financial reforms went nowhere near far enough, and have predicted that another crash could be just around the corner. The Systemic Risk Council, a group of global experts on financial stability, recently warned G20 leaders that the global financial system is vulnerable to another crisis. This time round, they warn, central banks and governments will have far less ammunition available to respond. Similar warnings have come from the Bank for International Settlements, which recently said that another global financial crisis could soon hit “with a vengeance”.

Now, with Brexit on the horizon, the risk is even greater. As more banks start to shift operations abroad, the government has indicated that it may respond by slashing regulation in a bid to stem the outflow of business. Media outlets have reported that bank executives and lobbyists are already working hard behind the scenes to turn Brexit to their advantage.

To avoid history repeating itself, there is an urgent need to strengthen civil society’s voice on finance, and develop a credible and effective counterweight to the lobbying power of the banks. We must also work to transform our broken financial system to ensure that finance serves society, not the other way around.

What does this mean in practice? Firstly, it means establishing a credible and well resourced civil society voice on banking and finance. This isn’t a new idea – in 2011 the European Parliament established a new independent NGO called Finance Watch. This organisation receives public funding from the EU, and is tasked with acting as a public interest counterweight to the powerful financial lobby. While Finance Watch’s expert staff are still vastly outnumbered by industry representatives in the corridors of Brussels, the organisation has played a vital role educating lawmakers and the public about the financial system. As Britain starts to plan a future outside of the EU, plugging this gap with a new UK-focused organisation will be vital.

Secondly, civil society must begin the long hard task of transforming our banking sector. The UK has among the most concentrated banking sector in the developed world, and is uniquely dependent on commercial, profit maximising banks. The banking sector channels billions into the economy each year, however most of this flows into property and financial markets, inflating asset prices and destabilising the economy. In other countries, the banking sector plays a more positive role by investing sustainably in local communities, and these banks are often characterised by ‘stakeholder’ ownership and governance. In other words, the mission of the bank is not to maximise profits but to optimise returns to a range of stakeholders, including customers and the broader local economy. Empirical evidence shows that these institutions, such as co-operatives, mutuals and public savings banks, perform much better than their large competitors on measures of financial stability, local economic development, business lending, and financial inclusion.

Learning from best practice around the world, steps should be taken to increase the diversity of the banking sector and create new institutions which serve the interests of businesses and local communities. Initiatives like the Community Savings Banking Association are already doing this from the bottom-up, but much remains to be done before these models can achieve the scale required to make an impact.

But reforming the banking sector is merely the tip of the iceberg. The financial sector’s grip over of our politics and economy did not happen in a vacuum – it is the result of a set of deliberate political choices to rewrite the rules of our economy. The UK’s sprawling financial sector was, and still is, the pinnacle of neoliberalism – the economic system which has allowed privatisation, deregulation, and market logic to penetrate every area of society.

The financial crisis was one product of this system. But challenges such as poverty, inequality, alienation, climate change and homelessness cannot be separated from the economic system which breeds them. To overcome these issues, civil society must go beyond simply ameliorating symptoms, and start tackling root causes. This means challenging the tenets of neoliberalism itself, and working together to build a fairer and more sustainable alternative.