The rent is too damn high 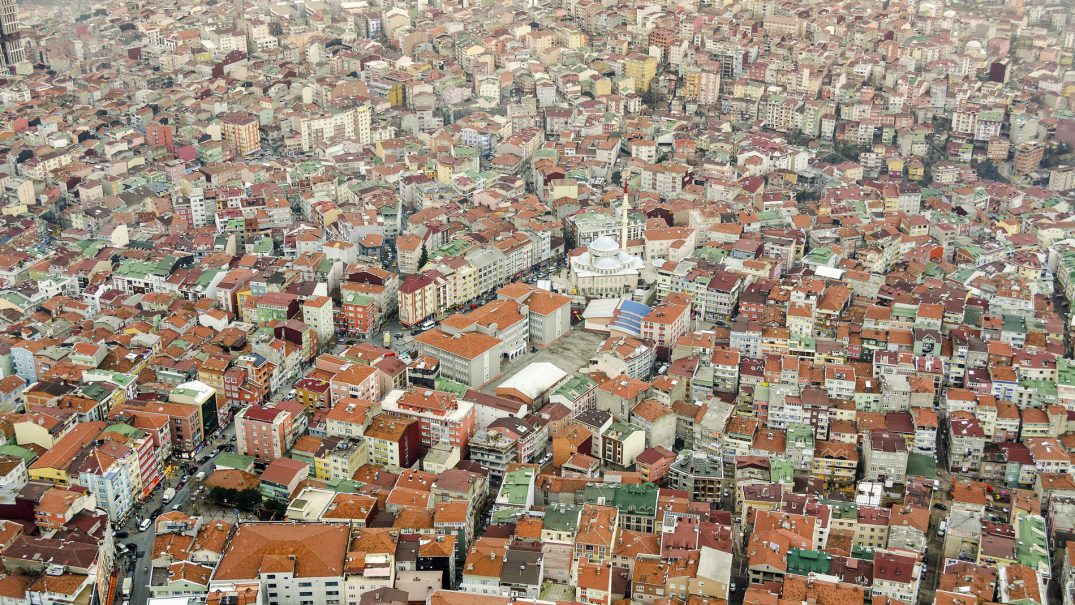 The housing crisis runs deeper than high rents. We live in hovels. Our kids grow up breathing mould in damp tower blocks. We shell out arbitrary fees to letting agents who do nothing useful. The bedroom tax leaves families vulnerable to sudden eviction, tearing up the roots we’ve laid in communities, and banishing us from our jobs, our schools, and our friends. An increasing proportion of our wage packets are being hoovered up by housing costs; UK renters spend a reported average of 41% of their earnings just to keep a roof over their heads.

The places that we live in aren’t a trivial matter. Simple things, like the amount of floor space we have per person, have huge knock-on effects. They have a profound and measurable influence on everything from the quality of our relationships to our risk of health conditions such as depression or asthma – and British homes are the smallest in Europe.

The only serious answer to all this is a massive program of social housing construction, the public buying up or confiscation of existing private rental properties, and the opening up of empty homes. These are demands we will never see realised without mass pressure, and such pressure does not exist yet. But a stepping stone towards it – rent control – is well within reach. If we’re going to live like crap, we can at least stop paying through the nose for it.

Rent control is a paradoxical policy in that it enjoys massive public support – 64% nationally according to Survation polling – but has almost no mainstream advocates. Many economists, including prominent Keynesians like Paul Krugman, think it’s a terrible idea. Even housing campaigning organisations like Shelter advise against it. A hint of support for the policy has come from John McDonnell and the Labour Party since Jeremy Corbyn’s election as leader, but that’s about it, and their tentative backing of it has attracted total opprobrium from critics in the press. So are rent controls sensible, or just well-meaning economic illiteracy? Can we make the cost of living fairer? Or is it a matter of sheer fiscal inevitability that my friend Stella pays £350 a month to live in an actual cupboard?

The doom-mongering around rent controls really centres on the idea that any form of price control is bad. The line of criticism is exactly the same as it is for those who are against the minimum wage, which is that if price is controlled, supply (of either housing or jobs) will fall as employers and landlords cannot make profit any more.  Let’s be clear. It’s not that price controls cannot have the effects their naysayers predict:  If you were to jack the minimum wage up to £1,000 per hour, jobs really would disappear. But few outside of the fringe right would object to the existence of any minimum wage at all. Even the Tories nominally agree with it, and propose meagre increases from time to time.

So the question simply becomes one of how we control prices. Generation Rent suggest a simple and sensible mechanism for determining fair rent costs – monthly rent is capped at one half of the annual council tax rate. So a property in Croydon with an annual council tax bill of £780 would have a maximum rent of £390 per month. The council tax bands are calculated to reflect the actual agreed values of a property, and therefore provide a stable and reasonable estimation of how much it ought to cost to stay there. Generation Rent allows for a landlord opt-out where they can go over this limit, but they must pay a 50% surcharge to a social housing fund. The focus on building social housing is welcome – it is this that will uproot the housing crisis where rent control merely eases the pain – and the suggestion that landlords foot the bill is equally so.

Enemies of rent control, rather like the historical enemies of ending child labour or equal pay for women, tend to squeal that business simply could not go on if any progressive change goes ahead. All controls are painted as the lunatic equivalent of a £1,000/ hour minimum wage, destined to hurt those the policy is designed to protect.

A good modern parallel for this is the Fight for $15 campaign in the US. Seattle-based socialist Kshama Sawant spearheaded a grassroots campaign for this increase a couple of years ago, and predictably enough the US establishment shot into overdrive, claiming that the policy would cause mass unemployment. Bosses simply cannot pay a burger-flipper $15! They’d go out of business! They’d die! Well, surprise surprise – there’s been no significant damage to the employment rate.

The fact is, employers lie about the wages they are able to pay in order to protect their profit rate, and landlords do the same with rent. That is exactly what you’d expect in a market system. But there isn’t the slightest reason we should bow to them unless they produce real, credible evidence that the tenant would lose out.  When landlords and bosses have lost their yachts and their luxury cars, when they’ve sold their villas to keep liquidity going and stand shivering in the food bank queue next to us, we can start talking. Until then, they’ll have to tighten their belts, and maybe attend some mandatory motivation workshops. We’re all in this together, after all.