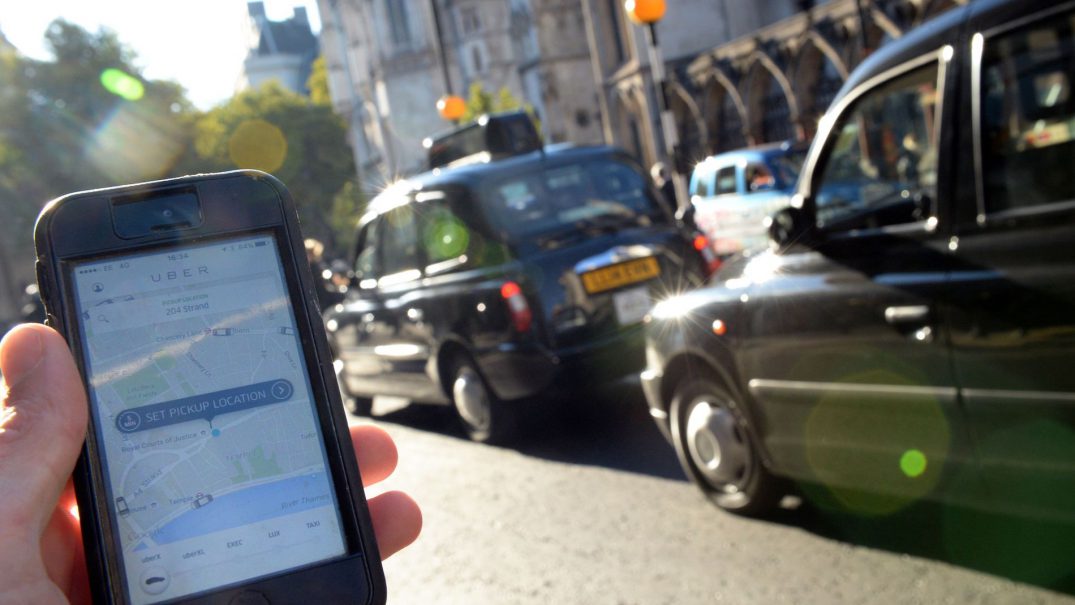 Why didn’t Transport for London (TfL) invent Uber – and would Londoners be better off if it had done? The issues raised by this question are important and go beyond both transport and London and make us ask who and what the digital revolution is for.

In the jargon, Uber is a digital platform that facilitates peer-to-peer transactions between clients (in this case passengers) and providers of a service (Uber drivers). This allows Uber drivers to increase the use of an under-utilised asset (their vehicle) with little to no transaction cost beyond that imposed by Uber, provider of the platform that makes all this happen.

Platforms such as the one provided by Uber could prove useful in helping us make London a cleaner, more efficient and prosperous city. More shared transport could reduce car use and ownership as people recognise the ease and relatively low cost of jumping in another person’s car. Less ownership and a more efficient use of the remaining vehicles may also lead to reductions in air pollution, CO2 emissions and congestion, and, without so many roads, allow us to change the city’s layout to make living and working easier and healthier.

Platforms like Uber could also do the opposite, increasing the amount of traffic and adding to existing air pollution and CO2 emissions. This is a future in which London’s roads are swamped by private hire vehicles as a precarious job market pushes more people to become Uber drivers. The danger that this model leads to the erosion of labour rights is already with us, an issue that was at the heart of a recent court ruling to block Uber classing its drivers as self-employed. Uber is also famously set up to avoid tax, posting £22,000 tax on a £866,000 UK profit in 2015.

The societal, economic, and environmental effects of peer-to-peer transport platforms such as Uber are only just starting to emerge. Despite the potential for some short-term benefits there may be longer term problems that are difficult to reverse once these platforms become fully integrated into society and the economy.

A major concern is whether the commercial objectives of those who have developed and own these platforms align with the public interest of cheap, clean, efficient transport, and if they do not, whether there are appropriate levers for improving the situation. This brings us back to the twin questions of whether the public good would be maximised (or protected) if Uber were invented by TfL, and, if so, why TfL didn’t invent it.

TfL’s job is to deliver the Mayor’s strategy and commitments on transport, which presumably involve improving transport in the public interest. If peer-to-peer transport platforms could help realise these commitments, then one could argue it was well within the purview of TfL to invent one for London, linking the ability to list yourself or a company to certain conditions, including standards on environmental impact, passenger safety and labour rights.

A TfL app could have also raised significant revenue, an issue that is increasingly pertinent for TfL as it will lose its day-to-day running grant from 2018. London will then be the only city in Europe without a transport subsidy and TfL will likely have to increasingly commercialise or sell its assets.

There are many reasons why TfL may not have wanted, or been unable, to invent a peer-to-peer platform for London. Primarily, TfL raises its revenues from the public transport network it runs and so a platform that could encourage people to jump in cars instead of heading underground would raise questions around the effect on revenues, as well as the unproven environmental outcomes.

Presumably the black cab lobby would have had a lot to say, though it’s possible they could have benefited from being able to list their services on a platform that wouldn’t see them as competition to defeat, as Uber does. A lack of resources for innovation and future thinking may have also played a part. TfL has, and continues, to battle at the forefront of transport innovation, but we should ask whether its current and future resources enable it to continue this battle in a world increasingly disrupted by digital technology.

Beyond just TfL, the attitude toward the role of the public sector and of the state is important here. For the last few decades, political narratives and economic thought have been dominated by the assertion that the public sector is inherently inefficient and wasteful, leading to decisions that inevitably validate this assertion.

In reality, the time for TfL to invent a peer-to-peer transport platform along the lines of Uber has now passed. But the next opportunity is already with us. Around the world, a number of companies and public bodies are developing the idea of ‘mobility as a service’. These platforms build on the concept of Google Maps and Citymapper by offering a monthly subscription for all transport use – imagine a mobile phone contract but for mobility, where you pay, say £300, and get unlimited use of tube, bus, Santander bikes, taxis, and car share within zones 1, 2 and 3. Suddenly, getting from A to B involves seamless mapping and payment, and, if the car share market develops, means you will never need to own a car.

The knock-on effects could be enormous. If TfL were to develop this platform for London it could have some control over these effects. TfL could decide that companies like Uber would only be able to list services on the app if a proportion of their vehicles were electric, for example, or if their staff were entitled to certain employment rights. Presumably the app would become the go-to for getting around London and so it would be in Uber’s commercial interest to do so.

If TfL doesn’t develop this platform, a private company may do so. If this enabled the platform to be developed and that platform helped deliver good environmental and other outcomes, then so be it, some will say. But this would mean that TfL would lose the ability to drive outcomes directly and, assuming the UK government’s ideas don’t change for some time, the scope for regulating the private sector’s actions is limited. London’s mobility as a service platform could then end up like Spotify, for example, where advertising and other conditions are the norm unless users pay for a premium account. One could imagine a future where the owner of this platform could, say, cut a deal with McDonalds and so your taxi ride would go via the drive-thru unless you pay for a premium subscription.

To limit the chance of this world emerging, TfL should invent an app that turns London’s public and private transport network into a service. Considering why TfL didn’t do this in the case of peer-to-peer platforms like Uber helps us understand the barriers to realising the full potential of the digital disruption of transport. It also helps us pose a more fundamental question. Digital technology could enable unprecedented opportunity to remould transport for the public good; will that good be maximised, or even possible, if digital infrastructure is wholly private?

The answers to these questions will have an impact far beyond the transport sector. They are a cautionary tale for the future of our political economy. In short, the digital revolution is disrupting large swathes of society and economy and the pace of this disruption is accelerating. With it comes the potential for great negative as well as positive outcomes. The state – our means of steering these outcomes – is smaller, more under-resourced and more discredited than ever before. This is very dangerous. In developing our response, we must decide whether to be the architects of the future, or its victims.