The premise of “austerity” is that there isn’t enough money to deliver a decent standard of living for all because there was a financial market crash in 2008. To banish this idea from the political landscape we must tackle the cost of accessing the essential ingredients that allow anyone to live a decent life. That is the aim of Universal Basic Services (UBS), and our report from UCL’s Institute for Global Prosperity clearly demonstrates that this is easily and practically within our grasp.

For less than 2.3% of GDP, we showed that we can kiss austerity goodbye and welcome in a new age of joy and freedom that would make the UK the envy of the world. We already have the NHS and free education, now we just need to extend the same ethos to housing, transport, information access and food. Imagine for a moment living in a UK with 1.5 million extra social housing units, no Council Tax for the poorest, free local transport, basic Internet access for everyone, and community food programs designed and delivered locally that would ensure that no family need again be scared of not having a meal. That UK would be utterly transformed from the one we live in today: free from fear, free from destitution, and well fair to everyone.

Universal access to basic services will require substantial devolution of power and responsibility to local democracies – and that’s a good thing. But it will also require an upgrade of our local democracies. Our UBS budget included funding for 650 new local assemblies with well paid, locally elected representatives who would have direct democratic control over the administration of UBS funds. The revenue for the UBS would be collected from taxation and guarantees basic services to all citizens.

Austerity is a top-down policy from a distant national parliament that has starved local services of funding. UBS is the opposite, and restores power, money and control back to democratic institutions closest to the citizens they serve.

To make this increase in investment in our people and our lives we will need to raise a little more tax. Our report fully funded the proposals with an extra £20.42 a week net coming from the top half of all earners. This would take the UK’s total tax take to around 43% which is around the average of the EU19 countries, and less than France at 45%.

The value of the basic services is worth £126 a week to anyone who uses all of the services, which is basically like an 80% pay rise for those on the lowest incomes. People who use the services have their costs reduced, which is the same as a pay rise (this effect is sometimes called a “social wage”). With an ageing population, having adequate health and social care effects everyone. Young people need access to the same level of social services their parents enjoyed. Reducing costs for ordinary people is the key to ending austerity for ever.

If we want to escape the cyclical battles over ‘tax and spend’ policies, we need to shift the focus to the cost of living crisis. Ten years on from the 2008 financial crisis, it is time for austerity to end. We must ask a deeper question: are we willing to stop asking for more money, and start asking for a better life?

This article is part of the ‘100 Policies to End Austerity’ series in collaboration with the Progressive Economy Forum. 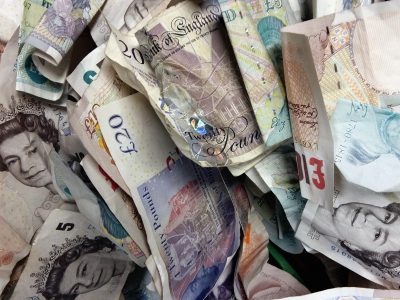