We design money with the blockchain

Would you design and run your own, fairer money system, with your own politics built into it, if only technology allowed? 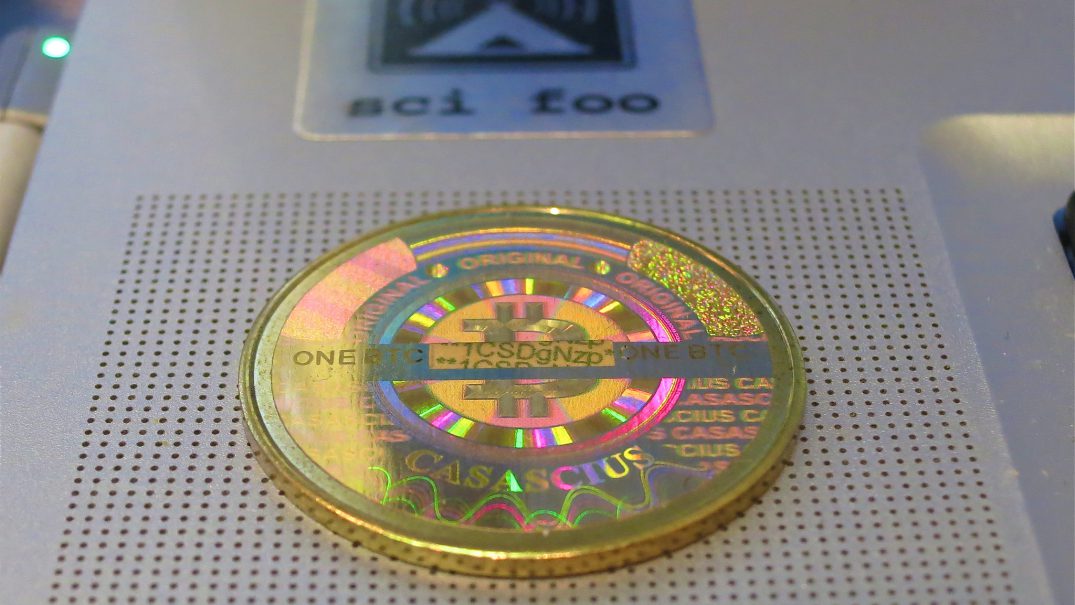 “Blockchain technology will let us build the internet afresh, and better. Its novel approach to organising data and decision-making will totally disrupt everything from publishing and text messaging, to banking and government. It gives revolutionary new hope for society, across the board.” So say the pervasive blockchain evangelists stalking our internet ;-p

Many readers will know the blockchain as a recent technology that enables peer-to-peer communities to manage currency, governance and a host of other activities which previously required intermediaries, like governments and banks. The internet relies on databases to manage information which is accessed by web users. The blockchain is a new kind of distributed database, which depends on the networked computers of ordinary users to keep it running and keep it accurate.

In general, all data in this kind of database, whether that’s data on money transfers or electoral votes or social media posts, is visible to all users and cannot be tampered with by a higher authority, such as a government or a bank. Its workings are determined by the user community, whether that community is a small group of local residents, or every computer user on the planet.

Since its advent as the technical foundation of Bitcoin, a novel form of digital money, there have been countless lofty claims about the blockchain phenomenon. Now that blockchain is well into its 2.0 phase, with the Ethereum project giving rise to blockchain-based allsorts, including voting systems and legal apparatuses, critics are similarly widespread, ready to complicate this hope.

In spite of the debates, the blockchain space is a classic case of coders getting on and creating their idea of the future regardless. Bitcoin has been an unstoppable demonstration of the possibilities and has set major precedents for the digital future. Similarly, new frameworks and experiments are today being deployed, which aim to shape standards for governance, the economy and the wider information society. Whether we like it or not, whether deemed legal or otherwise, we can see networked blockchain initiatives defining the future today.

As with so much technology, the frontier moves ahead regardless of critics, states and their populations. Citizens need a role in making these realities, so we must join the action, learn the tools and forge them for our own needs, putting “society in the loop”.

Whilst we must think critically about the developments, we see the nascent blockchain technology as a potent site for novel, positive economic and political change. Its unique offering of decentralised (or distributed) peer-to-peer control over the management and record of transactions, means that institutions, like banks, that we have traditionally trusted – or rather had to trust – to intermediate between us can be side-stepped. The software involved is designed to allow networks of ordinary computer users – who might be based all over the world – to come together to create a collectively-run network that they trust, thanks to cryptographical techniques that allow data to be securely stored and shared. The software is typically based on collaborative, open-source principles and so allows us to achieve greater consensus and fine-grained control over how it operates too.

There are so many examples of viable and visionary blockchain projects in production – from social media network AKASHA to governance app Boardroom. AKASHA, for example, stores social media posts on a shared, public blockchain that anyone can download and use, forever – which, they hope, makes those posts immune to censorship.

To explore the blockchain’s potential benefits, we considered a novel blockchain-based currency and economic governance system. Let’s call it OurCoin – a currency amenable to the needs of a community that espouses values of fairness and equality, which even the IMF is calling for more of. These virtues are notably absent from most monetary systems. The Bristol Pound is a British community currency with specific features desirable to its users.

Here we envisage key, possible features of the currency, which blockchain technology would enable.

Further specifics and other ideas could come from ongoing community consultation, or expert input – from governance experts, political philosophers, economists, psychologists and sociologists.

With OurCoin It would be possible for all users to vote, policy by policy, on the precise mechanics of the system. Difficult decisions, guided by expert insights, might come to be made with the help of integrated, next-generation systems which allow democratic processes to benefit from the best ideas as with alternative, delegative democracy models.

Our currency would include the ability to pivot, incorporating new policies and features over time, as elected by OurCoin holders. In this way, the community can learn, experiment and decide to change the currency rules as appropriate. This process would be highly accessible, encouraging explanation and incentivising collaborative development, even on the minutiae of the system’s functioning. It is something like this that shapes the development of community-run Facebook-alternative Diaspora.

We hope to recruit users, including those who are wealthy in other currencies, to use OurCoin in spite of the impact that e.g. redistribution may have on their own wealth. The attraction would not only be a more just, democratic economic system, but also the growing wealth of services available exclusively, or on favourable terms, to OurCoin users – “there’s only one way to pay for this particular massage, Mr. Hammond”. We believe that through experimentation, the community of users could quickly explore and develop an economic system that works better for everyone. Even those people who are currently wealthy in other currencies could prefer OurCoin, despite its redistributive tendencies, if it offers a more stable and prosperous system too. This would become more effective at scale.

One of the active lines of research and practice in the blockchain universe reduces the barrier to entry for people or communities wanting to set up systems of this sort, along with customisations specific to their needs. What once required immense logistical capacity and resource, can now be brought about by small groups of dedicated citizens.

At the practical heart of the project, economic ideals and mechanisms manifest in the currency’s rules of operation would give people the opportunity to vote for and live by an alternative, with their cash and their labour. Whilst the exact mechanisms required to create an equitable yet productive economic schema of this sort may take time to perfect, we have the means here to try them out, and move towards a better way. If we can show a workable, attractive system, people will be induced to buy in. Much like the technology of the blockchain itself, once it’s been proven, there’s no turning back – you can’t unsee it.

The most radical effects, such as wealth equalisation, can only occur once the currency achieves really significant volume and has enticed people to bring a large part of their own economic activity into it, in some cases at significant personal expense. That is a longer term goal which requires the development of a truly abundant ecosystem within the confines of OurCoin, so we must show that the incentives we create are sufficiently effective. Those incentives will certainly be unlike others that have gone before, given the fine-grained focus of such code-based systems. Nevertheless, the likelihood of making these extraordinary currency conditions succeed is an open question. The global economy has always been a massive experiment; one that blundering politicians, unaccountable global institutions and corporations currently have disproportionate power over. Citizens deserve the chance to design their own money.

Implementing a blockchain-based economic system, like OurCoin, at a national or global level requires revolution or long transition. But experimenting to demonstrate it just requires some participation in a complementary currency. The blockchain enables us to do this at a scale not seen before.

Here’s your chance to help design something better.

In the spirit of open collaboration, please add your own ideas, criticisms and desires for this model in the comments or as annotations with hypothes.is.