We need a New Deal for social care 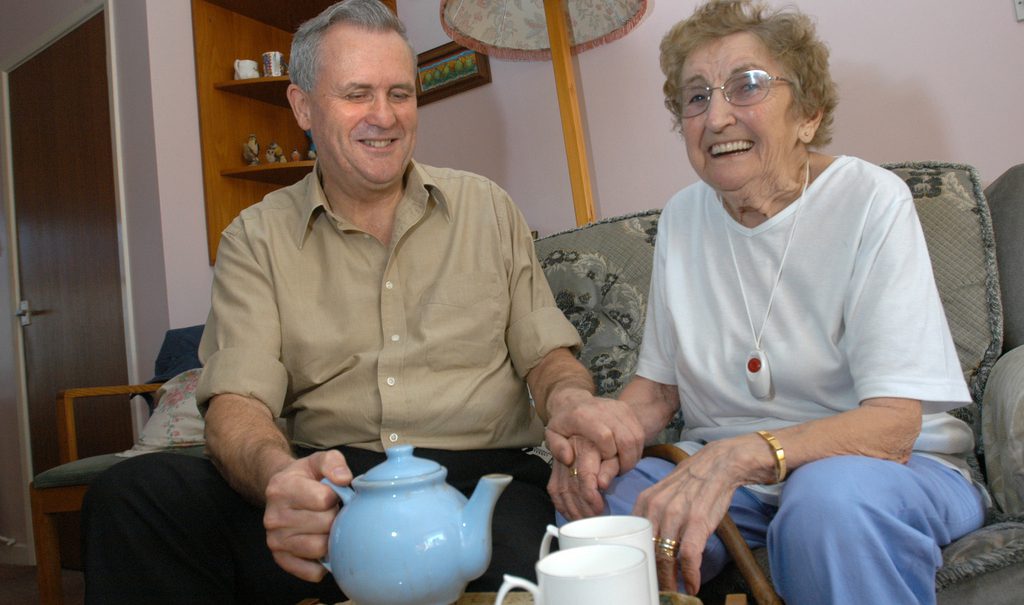 Why was social care missing from the Chancellor’s Autumn Statement? It seems government fears the issue is just too big to tackle, or assumes someone – normally women – will always step in.

There is a crisis of social care in England. This is increasingly a consensus among researchers and campaigners. In the lead up to the Chancellor’s Autumn Statement, campaigners, policy experts, trade unions, academics, politicians from across the political spectrum, NHS chiefs, and even the care regulator –  the Care Quality Commission, called on the government to put in place measures to address the sustained under-funding of the sector. These calls appear to have fallen on deaf ears. The Chancellor’s Autumn Statement failed to even mention it, let alone outline measures to tackle the situation.

It’s not that there hasn’t been enough information available for the government. In recent months, the issue has been highlighted in a range of reports including the Kings Fund and Nuffield Trust report into the home care sector. In September, Age UK reported on the increased costs facing an ever-growing number of older people self-funding their care and a report from the United Kingdom Home Care Association highlighted the low rates paid by local authorities to home care providers which was prompting some providers to hand back contacts to local authorities. October’s Care Quality Commission’s 2016 State of Care Report provided a damning indictment of government policies that have seen successive funding cuts to social care provision for older people. November has seen the Local Government Association report on adult social care funding stressing that funding for the sector has reached crisis levels – due to both current austerity related cuts to local government block grants and the historic underfunding of the sector. UNISON has also continually reported on the dire state of working conditions in social care sector and this month launched a Save our local services campaign that highlighted cuts to social care.

Now, a new report – Towards a New Deal for Care and Carers published by the PSA Commission on Care – has added to the growing clamour for addressing this crisis. It has been put together by a consortium of researchers and campaigners and the Universities of Warwick and Sheffield, the Fawcett Society and the Women’s Budget Group. In it we bring together the analysis of the crisis of care with the crisis of caring. It emphasises the diversity of needs of different groups of care receivers and care givers including Black and Minority Ethnic communities and migrant care workers.  Moreover, the report points to the specifically gendered impacts of the social care crisis. The ‘gender norms’ of caring mean that women are the group most likely to have to step in and care for family members, neighbours and friends in need of care. And this matters, because it appears that the ability of successive governments to cut social care spending reflects, ultimately, assumptions that the family (and women in particular) will always step in to fill the social care gap.

There is little acknowledgement anywhere that women’s paid work will become increasingly difficult to reconcile with unpaid caring responsibilities and will also increase the costs of the health and well-being of women carers who engage in the double burden of care work and paid employment. The 2011 UK census identified that 6.5 million people are carers – an increase of 11% since 2001. At the same time, an increasing number of carers are themselves old and in need of support, with their own care needs. Women have been disproportionately affected by cuts to funding care because of their role as the main providers of unpaid and paid care and also as they are more likely to be users of care services.

In the report we also examine both a privatisation process, whereby publicly financed care is outsourced to private providers, and a marketisation of care, whereby public commissioning as well as individual purchasing of care has been accompanied by the entry of a range of commercial providers into the market. There is also an increasing gap between publicly financed provision of care and the growing need for care services at home and this has seen a transfer of responsibility onto informal, unpaid domestic care by family, friends and neighbours. Again, this is trend that disproportionately impacts women and has implications for the ability of carers to combine paid and unpaid work.

Now, as Brexit unfolds, the report also reflects on the role of migration and precarious labour on the working conditions of carers. Just under a fifth of the adult social care workforce in England was born outside the UK and over a quarter of these workers were born in the EU, making the sector heavily reliant on migrant labour. So, urgent questions facing the care system are how far and in what ways changing immigration patterns are affecting changes in paid care work in England and how would a shortage of care workers affect care-users’ ability to participate in the labour market?

So why isn’t social care a political priority? Possibly, because of a number of interwoven factors:

Building on this analysis, we would make several recommendations:

The crisis in the social care sector is happening now, and future scenarios are looking even bleaker. The failure of successive governments to tackle this issue for so long is striking – but the negligence shown by our current government and the previous coalition government is particularly alarming. On Wednesday, both Theresa May and Philip Hammond faced question after question from MPs on the lack of funding for social care – but failed to explain why no further funding would be forthcoming. This to our mind raises deep questions about the value that our government places on the lives of older people and those that care for them.

As it stands now, social care provision is only accessible to those with the most severe needs and, for many, it is easier to rely on unpaid family carers than to attempt to navigate complex systems to access care. And, as the bill for social care steadily increases, Councils are cutting services that served to support older people and their carers – like lunch clubs, library services and respite care.

Fundamentally, as a society we need to provide for older people – not only for economic reasons but to secure a fair and caring society where everyone gets the support they need, irrespective of their colour, class or creed. As our report makes clear, we have some way to go in attaining this goal.