Why has the government just banned councils from setting up their own bus companies? 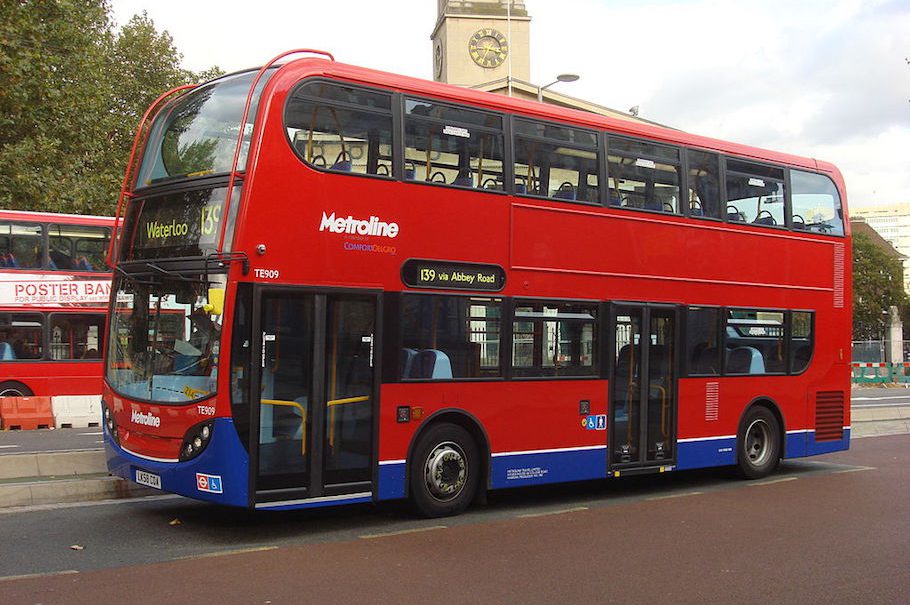 Unless you’ve been living in a hermetically sealed bubble, you can’t have failed to notice that this week the government triggered Article 50. Unfortunately for transport campaigners, that event overshadowed the Bus Services Bill, which went through its third reading in the commons with little fanfare on Monday. But put the two together, and we have a nice snapshot of the May government and its approach to local democracy, which shows just how hollow the idea of ‘taking back control’ really is.

For those who haven’t followed it closely, the Bus Services Bill includes a clause that would ban councils from setting up new public bus companies to provide bus services. This completely undermines the powers of general competence enshrined in the Localism Act, which is supposed to guarantee that councils can do anything they like as long as they can do it well. (And councils do provide great bus services: the winner of the Best Bus Operator at the UK Bus Awards has been a council-run for 4 of the last 5 years).

It is deeply ironic then, that in the same week that the government ‘took back control’ from the EU, it takes away the powers of the very organisations that are closest to voters – local councils.

And yet these two events – one full of pomp, the other prosaic – provide a nice snap shot of May’s government so far: concentrating power in the central government (and within that the executive, not least through the Henry VIII clauses), and all whilst ignoring the other institutions of democracy that are closer, or closest, to voters: local councils and the devolved administrations.

Of course, the financial pressures councils are under as a result of the cuts are so great that we would be surprised if many councils actually tried to set up a new bus company at the moment. But that doesn’t mean it’s ok to take that right away. That’s why 15 councils and countless councillors supported our campaign against the ban: it takes away their powers, which the government should be protecting.

If there is a local democratic mandate, or if private bus operators fail to provide decent services, councils should have the power to take matters into their own hands. Places like Bristol have ‘dreams’ of setting up a municipal operator, and other councils in the south west have thought about doing it to help them run the new regional MetroBus scheme. These dreams will be dashed.

This arbitrary limitation of council powers comes as new research by the New Economics Foundation shows that people feel they have little control of their public services or their local councils. But with moves like this, as well as the imposition of the Sustainability and Transformation Plans in the NHS, this is unlikely to change. In fact, it will just get worse.

Real control needs a vibrant, and empowered, local democracy. But the reality is that we’re getting the opposite – and it’s designed that way. In his excellent piece in the London Review of Books late last year, Tom Crewe describes the ways that over the last 35 years we’ve witnessed “the gradual but inexorable encroachment of central government on the autonomy of local government.” Which, leaves “the gap between the public and their government to be bridged by private companies, if at all.” The Bus Services Bill is one small piece of this wider picture.

Not everything in the Bus Services Bill is bad. Much of it is designed to give more authorities the powers of franchising. This is a bit of a half-way house, giving councils more say over prices, routes etc, whilst still being run by private bus companies. It basically means that more local authorities can copy London’s first rate bus system, which is run by franchising rather than the fully deregulated private system that much of the country creaks under.

But here again the government could have done more to support local democracy, and give people ‘control’. Instead they chose to overturn the suggestion made by the House of Lords that they should extend the franchising powers to all local authorities, rather than just their pet Mayoral authorities. This means that if you live in Newcastle (no Mayor) your council won’t be able to move to a franchised bus system, like they will in Manchester (mayor), and you’ll miss out on better services and/or lower fares.

Through this snapshot – forcing through the ban on councils setting up bus companies, and in refusing to extend franchising powers to all local authorities – we can see the sort of state Theresa May is creating. It’s one with little place for local democracy, or real ‘control.’ It’s one where control is getting funnelled upwards, quickly.

What would May’s ‘hero’, Chamberlain, make of all of this? Quite clearly, he’d be perturbed. Chamberlain was not only a great believer in local democracy – “I am inclined to increase the duties and responsibilities of the local authority, in whom I have myself so great a confidence” – but he was also opposed to monopolies, which is in effect what many bus services are. He even went so far as suggesting that all monopolies should be in the hands of “representatives of the people… and to them should their profits go.” A far cry from where May is heading on the Brexit Bus of hollow promises.