How to cure media amnesia 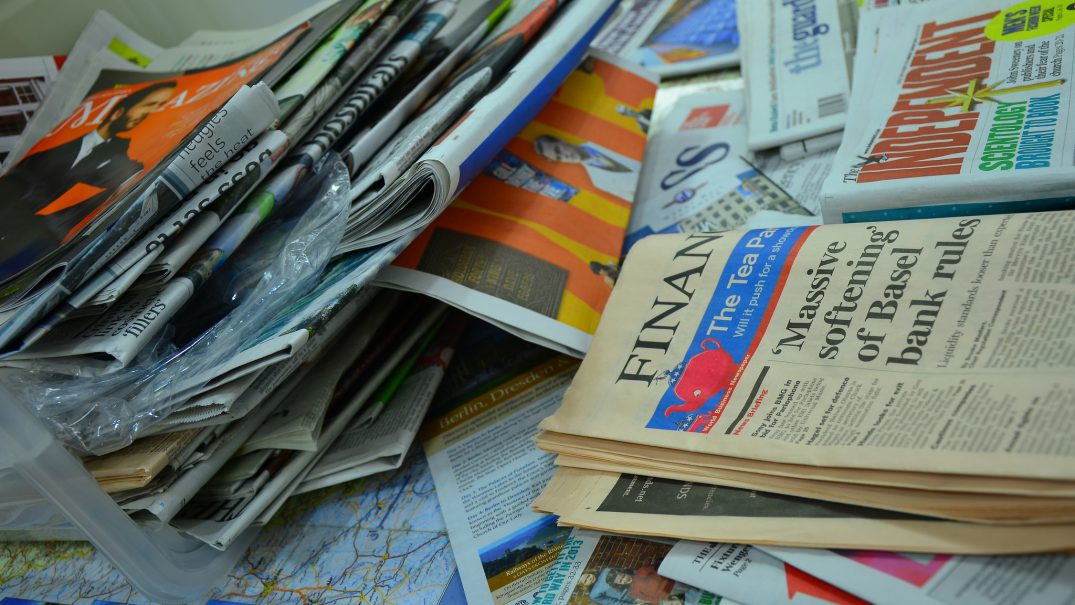 I’ve written previously about the role played by media amnesia in the decade of austerity and general doom we’ve found ourselves in since the 2008 financial crisis. Briefly, after the banking collapse, private debt became public debt as governments saved their banking sectors and the credit crunch led to a deep recession. Concurrently, a dazzling rewrite of the crisis was also taking place in the mainstream media – at the same time that the debt was being transferred from the private to the public sector, so too was the blame being transferred. Public sector waste and Labour overspending became the culprits behind the deficit, as the real reasons for the crisis were forgotten or misremembered. This shifting of blame onto the public sector was a key justification for austerity.

I’ve also written elsewhere about the causes of this media amnesia – from the concentration of media ownership and the crisis in journalism funding, to the ‘Westminster bubble’ and elitism, to news values that prioritise the very latest happenings over context and process.

In this piece, I’d like to put forward some potential remedies for media amnesia. How can we solve the problems with media that have had such serious consequences for the way we have all lived our lives for the past ten years?

There are some simple, modest things we can push our government to do about the media. Pressing ahead with part two of the Leveson inquiry, and properly implementing the recommendations of part one, are clear examples. Media activists and some journalists have called for a strengthening of regulation around the right to privacy, the right to reply, the publication of corrections and the process of lodging complaints against media companies. These proposals aim to protect members of the public from having their privacy violated or from being misrepresented in the media. Another demand concerns the transparency of media policy – particularly contacts between senior government officials and media owners or executives. Justin Schlosberg recommends that details of these kinds of interactions should be published on a central register, made available in spreadsheet format and updated at regular intervals. Yet another proposal is to implement plurality safeguards that protect the editorial autonomy of journalists and editors from interference by management, owners or external sources.

Meanwhile, the BBC and public service journalism should be protected and also reformed. The Media Reform Coalition has a proposal for how to make the BBC more independent, democratic and representative. In these ways, selective amnesia, misremembering or all-out blackouts could be curtailed.

What with the proliferation of voices now on offer thanks to the interwebs, we are free to seek out media that we trust and find informative. Supporting your favourite alternative media through sharing, subscribing, donating, or just using, is central to creating a healthier media environment. The recent success of Jeremy Corbyn’s Labour Party at the 2017 general election (well, relative success) has been in part put down to social and alternative media. I would recommend particularly supporting alternative media that are collectively owned and run – that prefigure the kinds of ownership models on which we might hope a future economy will be based.

We also need to start asking ourselves questions about what we actually want from news. Why do we need to frantically keep up with everything reported? Would we rather have less news but better context? Instead of a tsunami of information about certain goings on in certain places, would we prefer to learn about the processes connecting different parts of the world together? The slow news movement, for example, tries to offer less quantity but more quality of news. Understanding how the present connects to the past, and how geographical regions connect to each other through the global economy and geopolitics, are key to beating media amnesia.

There are two problems, though, with focusing only on alternative media. Firstly, alternative media by definition reach a lot fewer people than mainstream media. If we want a more level playing field in public debate, we need to get involved in discussions about the media ecology as a whole – not confine ourselves to just one part of it. Secondly, alternative media often reach us via the mega corporations that have taken over cyberspace. The internet giants like Google and Facebook are part of the problem at the heart of both the 2008 financial crisis and its amnesiac reporting – the consolidation of resources in the hands of a few. It is therefore essential to target ownership structures, and reorganise our media from the bottom up.

Caps could be placed on the share of the market for content provision controlled by individuals or groups, with violations of the threshold remedied through forced divestment if necessary or through shareholder dilution. Tackling the media barons and breaking up media oligopolies is vital if we are to put an end to deliberate amnesia and misremembering in the interests of the uber rich.

At the same time, non-corporate media could be supported through an independently dispersed public fund. The fund could be used to support a whole plurality of media with a public service interest. As well as supporting the production of content, it could facilitate civil society-run social media and community open access and media infrastructure initiatives. Where is the magic money tree to pay for such a fund? Taxes on the mega media corporations of course, who are notorious tax avoiders. There are all kinds of proposals for these kinds of funds and how to pay for them. The crucial thing about them is that a) they aim to achieve media that are independent from both the state and from corporations. And b) that they are funded through progressive taxation.

There have been more ambitious proposals. Back in the 1960s, the late cultural studies scholar Raymond Williams argued that the means of mass communication should be owned by media workers. In this scenario, small scale equipment would belong to media producers themselves. Large scale media infrastructure would be taken into public trusts, and content-producing organisations could make use of it. More recently, Dan Hind proposed the idea of public commissioning. Again, a fund would be set up and members of the public could vote on what investigations they want journalists to do and how to disseminate the results. This would sit alongside the existing media system, but eventually as people got more used to being autonomous it could be expanded. In this way, plurality would be safeguarded and the media would become more democratic – making media amnesia a thing of the (forgotten) past.

Obviously, these bolder solutions are about a million miles away for where we are now. For now, we should celebrate if we manage to prevent the Murdochs from taking over Sky. But it’s important to consider a whole range of options and to think about what kind of media we actually want, not just about what’s ‘realistic’. Who knows, in developing visions for the kinds of media systems (and other societal systems) we want, we could change the parameters of what is considered ‘realistic’ in the first place.