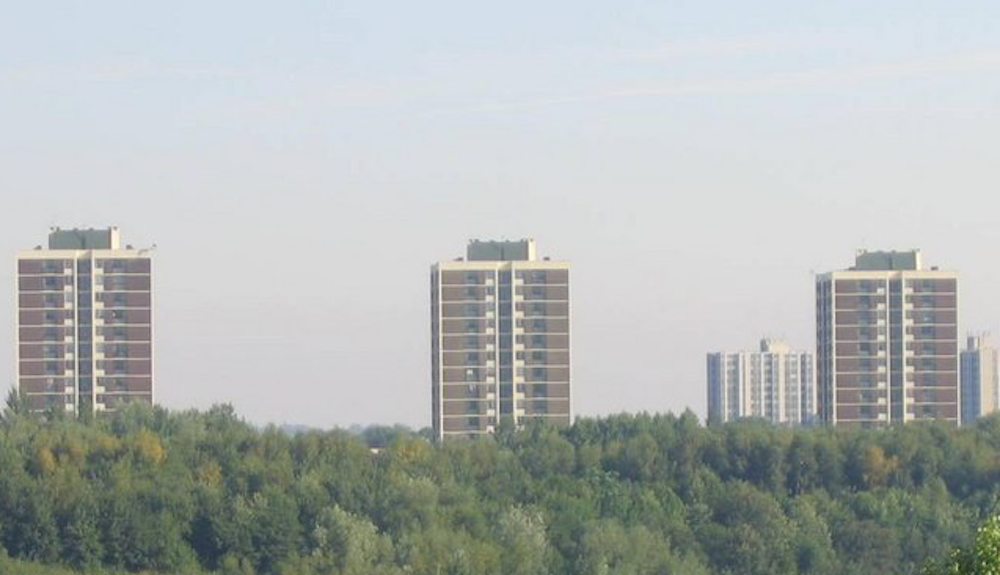 ‘Walker in Newcastle-Upon-Tyne, where a study by medical researchers found that the bedroom tax left tenants feeling “Stress, anxiety and depression … mingled with a sense of hopelessness”‘

On 21st of August 2015 a police constable and a housing officer arrived at a Brixton flat after reports of a break-in by squatters. Instead police reports stated that they found a 36 year old mixed race man, Nathaniel Brophy, in an agitated state holding a gun and insisting that they leave his home[i]. Brophy was the previous occupant of the flat and had been evicted earlier in the week due to rent arrears. Following a standoff that lasted 6 hours, Brophy was shot 3 times by armed police, hospitalised, and was later convicted for threatening officers with an imitation firearm. Police accounts of Brophy’s shooting were quickly challenged by family members and the London Campaign Against Police and State Violence[ii]. The case eventually got shuffled out of the news cycle and in February 2017 the IPCC investigator “was satisfied that the officers’ actions were appropriate in the circumstances and it was a justified use of force”[iii].

Potentially lethal encounters during eviction disputes in Brixton weren’t new; in 2013 a housing officer and bailiff survived being shot during an eviction[iv], and eyewitnesses had criticised the physical force used in another eviction of a squat involving dozens of police and enforcement officers[v]. Yet for a few weeks in the late summer of 2015, Brophy and his case was a flashpoint for activists with concerns about the way in which the racial violence of policing and the economic violence of the housing crisis were intersecting. While housing issues have never received greater public attention, the eviction process is still hidden away from view and gathers remarkably little concern. Tenant evictions in England and Wales remain high: growing since 2008 to all time high of over 40,000 in 2015[vi]. Since 2015 they have stabilised, but we have seen roughly 8,000 repossessions in the second quarter of 2017, with the majority in the social housing sector[vii]. The limited data made available suggests police attendance at evictions has also grown: evictions officers in Manchester attended increased sharply from 302 in 2010 to 483 in 2013[viii]. In finding our collective way out of the housing crisis it is vital that we start to ask serious questions about the way in which the widespread and significant number of evictions that happen every year is being handled.

The front line of eviction

As part of research I conducted at Newcastle University in 2012-16[ix], I interviewed housing officers doing rent recovery for an Arms Length Management Organization (ALMO) and the bailiff manager and a member of his team at the county court in ‘Abbeyburn’[x] a city in the North of England, about how they conducted evictions and how they handled risks. These interviews were part of a larger study looking at eviction enforcement in the UK, and they help understand some of the internal workings of the eviction process at an everyday level. They also reveal how the frequency of evictions, and the decline of the welfare state, can increase their potential for violence.

Once possession has been awarded by the courts to a landlord, the processing of the writs and the enforcement passes to the court staff and bailiffs. It is the responsibility of the landlord to assess the risk and notify the court of any issues or dangers the bailiffs might face via a coded risk assessment system ranging from extreme aggression to verbal insults and threats. The bailiff visits the property to given notice to the tenant at least a week in advance (14 days was what the Abbeyburn court team aimed for), and adds their own knowledge from this visit to the assessment. Then they have to decide on what and who they need to take; not only police, but animal handlers, locksmiths, mental health nurses, or other specialists may be needed.

Risk assessments are vital for the bailiffs to make decisions on how to prepare, but they are also dependent on the subjective judgement of the landlord. While private landlords can have little contact with their tenants before the day of eviction, social landlords often have regular contact and are legally required to be aware of certain specific needs tenants might have. Nonetheless housing officers often depend on what they call “intuition” to inform them on what situation a person might be in when they face eviction, based on certain behaviour or emotional distress. Past behaviours and information from neighbours are leaned on when deciding what to notify the court of: “We’d use the risk indicators that we use, but also local knowledge” said Charlotte, a housing officer working on an estate in the city “So we know that someone has a history of criminality, they’ve mental health problems, or they’re known for drug and alcohol misuse, then we’d use that”. For housing officers on her estate, pursuing a tenant for rent arrears through to eviction was a constant process of phone calls, intuitive judgements, and knowledge-tethering to inform them on how to proceed.

Housing officers run the risk that this method of information gathering entrench prejudices around individuals and areas, as past treatment dictates future decisions. They knew that the reputation the estate suffered from as a backwards and deprived area was a significant problem for their work in reaching tenants and accessing support. Charlotte’s estate was well known to the bailiffs as a “hard” area to work in, and people who did not live there often avoided it. Working class housing estates often suffer from this effect, a phenomenon social scientists dub “territorial stigma”. This stigma promotes a view that certain parts of a city are inherently dangerous areas producing criminality; “brutal high-rise towers and dark alleyways that are a gift to criminals and drug dealers” in the words of David Cameron[xi]. As well as hurting residents on an individual basis, these stigmas can impact policy and public service responses to urban poverty, and are often used to justify repressive policing measures and social cleansing[xii].

Despite all preparation the day of eviction can also bring out issues that have previously been hidden. While dogs or exotic pets could often present a problem, more unusual situations could occur, such as the presence of unidentified chemicals, or the case of an evictee who had removed all load bearing walls in their house. Although the manual all bailiffs are issued with during training specifies protective vests and equipment, and suggests they conduct preliminary visits, this was minimal help. Dean, a bailiff who helped to take this training, insisted “it doesn’t matter how many times you go to the property, it’s a constant, shifting risk”. In the final instance, evictions are uncertain for those who enforce them. Once on the doorstep, it’s the responsibility of the bailiff and landlord to make a decision about when to back off and call for support from police. The bailiff manager mentioned having to make decisions about whether tenants needed the support of mental health services as he was evicting them, and housing officers knew of cases of domestic violence that had only come to light when the housing officers showed up to pursue rent arrears. Tenants often had limited contact with the housing provider once their tenancies had ended, so for some vulnerable people, eviction can be the only time they have a chance to get formal help.

Evictions can also add to their woes, and the threat alone can cause significant problems. A medical study of the ‘bedroom tax’ done in Newcastle showed that trying to avoid eviction by adjusting for financial cuts “resulted in poorer diets, inadequately heated homes and restricted opportunities for social engagement, disrupting family and community support” for tenants[xiii]. Such conditions breed resentment. Rick, a housing officer who attended a community fun day in Abbeyburn organised by the ALMO recalled “it was like parting the red sea, nobody wanted to come and talk to us, everybody had their backs to us, everybody had the feeling they were going to be pulled up on the rent”. Ill health and social isolation, indignity and anger are shaping the everyday life of precarious tenants.

The lasting impact of eviction itself is known to be a contributing factor to prolonged homelessness[xiv], and as the sociologist Matthew Desmond has recently argued in work on the US mortgage crisis, forced evictions exacerbate almost every aspect of poverty. The instability they cause makes it harder for people to find work, access services, and maintain social networks[xv]. Despite Prime Minister May’s pledge to increase funding for mental health services, there is a very real danger that evictions are fuelling, and fuelled by, the collapse of Britain’s care system. As support services from domestic violence shelters to the NHS continue to struggle to cope, bailiffs and police will increasingly be the frontline of our care system. “I think now we realise the world’s changing” Dean commented “it’s becoming more dangerous out there, people are becoming more desperate, and we realise, that we know we can’t operate by ourselves”.

The increasing pressure on both tenants and on the services they rely on is creating evictions that are not only more frequent than in previous decades but also more dangerous for those involved. However, evictions are by definition a violent practice, as evicting someone ultimately involves more coercion than consent. The reality is that eviction is an inherently uncertain and often dangerous event for both those in enforcement and the evicted, and bailiffs and housing officers are always working within this limitation. While in the short term, it is important that the public and policy makers continue to push for accountability and transparency regarding eviction enforcement, the long term solution is not to manage risks better, but to make eviction obsolete. Evictions are a visible demonstration of the way challenges such as social or racial stigma, economic inequality, mental health, domestic violence, and housing are interlinked. Calls for rent controls, such as those made recently at the Labour Party Conference, need to recognise that high rent is only half the challenge. The housing crisis also requires a change in thinking: from treating housing as a commodity, to seeing housing as part of a broader transformation of social care and welfare, one that removes the pressure and anxiety of renting and empowers residents.

[iv] Enoch, N. Bailiff in serious condition and female colleague injured after they were both shot as they tried to evict a tenant. Daily Mail 3 July 2013 http://www.dailymail.co.uk/news/article-2354847/Brixton-Shooting-Bailiff-female-colleague-injured-try-evict-tenant.html

[ix] I am grateful for the support of a PhD scholarship grant from the Economic and Social Research Council  (#1188490) in helping me undertake this work.

[x] All names and locations of interviewees have been anonymised.