How could a global public database help to tackle corporate tax avoidance? 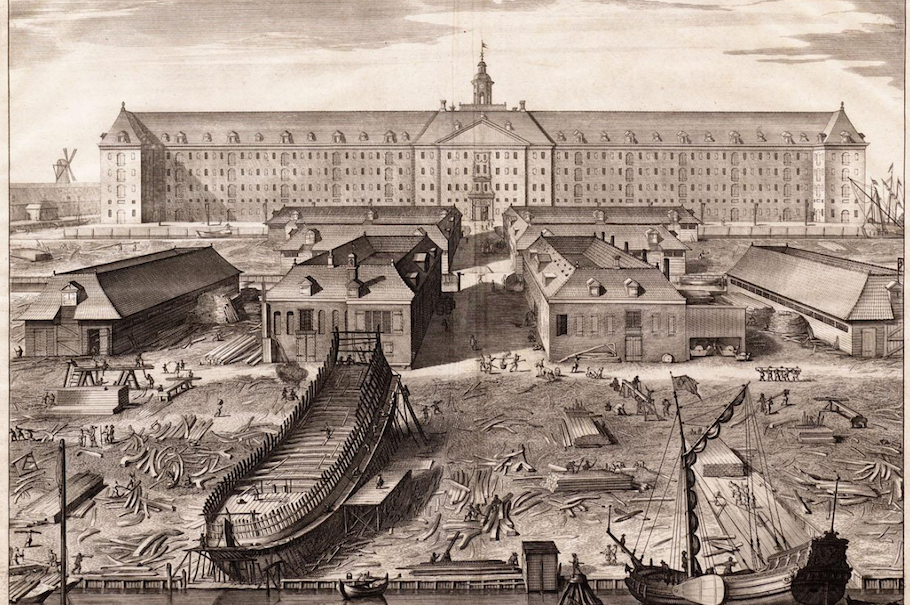 Shipyard of the Dutch East India Company in Amsterdam, 1750. Wikipedia.

A new research report published today looks at the current state and future prospects of a global public database of corporate accounts.

The multinational corporation has become one of the most powerful and influential forms of economic organisation in the modern world. Emerging at the bleeding edge of colonial expansion in the seventeenth century, entities such as the Dutch and British East India Companies required novel kinds of legal, political, economic and administrative work to hold their sprawling networks of people, objects, resources, activities and information together across borders. Today it is estimated that over two thirds of the world’s hundred biggest economic entities are corporations rather than countries.

Our lives are permeated by and entangled with the activities and fruits of these multinationals. We are surrounded by their products, technologies, platforms, apps, logos, retailers, advertisements, publications, packaging, supply chains, infrastructures, furnishings and fashions. In many countries they have assumed the task of supplying societies with water, food, heat, clothing, transport, electricity, connectivity, information, entertainment and sociality. We carry their trackers and technologies in our pockets and on our screens. They provide us not only with luxuries and frivolities, but the means to get by and to flourish as human beings in the contemporary world. They guide us through our lives, both figuratively and literally. The rise of new technologies means that corporations may often have more data about us than states do – and more data than we have about ourselves.

But what do we know about them? What are these multinational entities – and where are they? What do they bring together? What role do they play in our economies and societies? Are their tax contributions commensurate with their profits and activities? Where should we look to inform legal, economic and policy measures to shape their activities for the benefit of society, not just shareholders?  At the moment these questions are surprisingly difficult to answer – at least in part due to a lack of publicly available information. We are currently on the brink of a number of important policy decisions (e.g. at the EU and in the UK) which will have a lasting effect on what we are able to know and how we are able to respond to these mysterious multinational giants.

A wave of high-profile public controversies, mobilisations and interventions around the tax affairs of multinationals followed in the wake of the 2007-2008 financial crisis. Tax justice and anti-austerity activists have occupied high street stores in order to protest multinational tax avoidance. A group of local traders in Wales sought to move their town offshore, in order to publicise and critique legal and accountancy practices used by multinationals. One artist issued fake certificates of incorporation for Cayman Island companies to highlight the social costs of tax avoidance. Corporate tax avoidance came to epitomise economic globalisation with an absence of corresponding democratic societal controls. This public concern after the crisis prompted a succession of projects from various transnational groups and institutions. The then-G8 and G20 committed to reducing the “misalignment” between the activities and profits of multinationals. The G20 tasked the OECD with launching an initiative dedicated to tackling tax “Base Erosion and Profit Shifting” (BEPS). The OECD BEPS project surfaced different ways of understanding and accounting for multinational companies – including questions such as what they are, where they are, how to calculate where they should pay money, and by whom they should be governed.

For example, many industry associations, companies, institutions and audit firms advocated sticking to the “arms length principle” which would treat multinationals as a group of effectively independent legal entities. On the other hand, civil society groups and researchers called for “unitary taxation”, which would treat multinationals as a single entity with operations in multiple countries. The consultation also raised questions about the governance of transnational tax policy, with some groups arguing that responsibility should shift from the OECD to the United Nations [deleted comma] to ensure that all countries have a say – especially those in the Global South.

While many civil society actors highlighted the shortcomings and limitations of the OECD BEPS process, they acknowledged that it did succeed in obtaining global institutional recognition for a proposal which had been central to the “tax justice” agenda for the previous decade: “Country by Country Reporting” (CBCR), which would require multinationals to produce comprehensive, global reports on their economic activities and tax contributions, broken down by country. But there was one major drawback: it was suggested that this information should be shared between tax authorities, rather than being made public. Since the release of the the OECD BEPS final reports in 2015, a loose-knit network of campaigners have been busy working to make this data public.

Today we are publishing a new research report looking at the current state and future prospects of a global database on the economic activities and tax contributions of multinationals – including who might use it and how, what it could and should contain, the extent to which one could already start building such a database using publicly available sources, and next steps for policy, advocacy and technical work. It also highlights what is involved in making of data about multinationals, including social and political processes of classification and standardisation that this data depends on.

Exhibition of Paolo Cirio’s “Loophole for All” in Basel, 2015. Paolo Cirio.

The report reviews several public sources of CBCR data – including from legislation introduced in the wake of the financial crisis. Under the Trump administration, the US is currently in the process of repealing and dismantling key parts of the Dodd-Frank Wall Street Reform and Consumer Protection Act, including Section 1504 on transparency in the extractive industry, which Oxfam recently described as the “brutal loss of 10 years of work”. Some of the best available public CBCR data is generated as a result of the European Capital Requirements Directive IV (CRD IV), which gives us an unprecedented (albeit often imperfect) series of snapshots of multinational financial institutions with operations in Europe. Rapporteurs at the European Parliament just published an encouraging draft in support of making country-by-country reporting data public.

While the longer term dream for many is a global public database housed at the United Nations, until this is realised civil society groups may build their own. As well as being used as an informational resource in itself, such a database could be seen as form of “data activism” to change what public institutions count – taking a cue from citizen and civil society data projects to take measure of issues they care about – from migrant deaths to police killings, literacy rates, water access or fracking pollution.

A civil society database could play another important role: it could be a means to facilitate the assembly and coordination of different actors who share an interest in the economic activities of multinationals. It would thus be not only a source of information, but also a mechanism for organisation – allowing journalists, researchers, civil society organisations and others to collaborate around the collection, verification, analysis and interpretation of this data. In parallel to ongoing campaigns for public data, a civil society database could thus be viewed as a kind of democratic experiment opening up space for public engagement, deliberation and imagination around how the global economy is organised, and how it might be organised differently.

In the face of an onslaught of nationalist challenges to political and economic world-making projects of the previous century – not least through the “neoliberal protectionism” of the Trump administration – supporting the development of transnational democratic publics with an interest in understanding and responding to some of the world’s biggest economic actors is surely an urgent task.