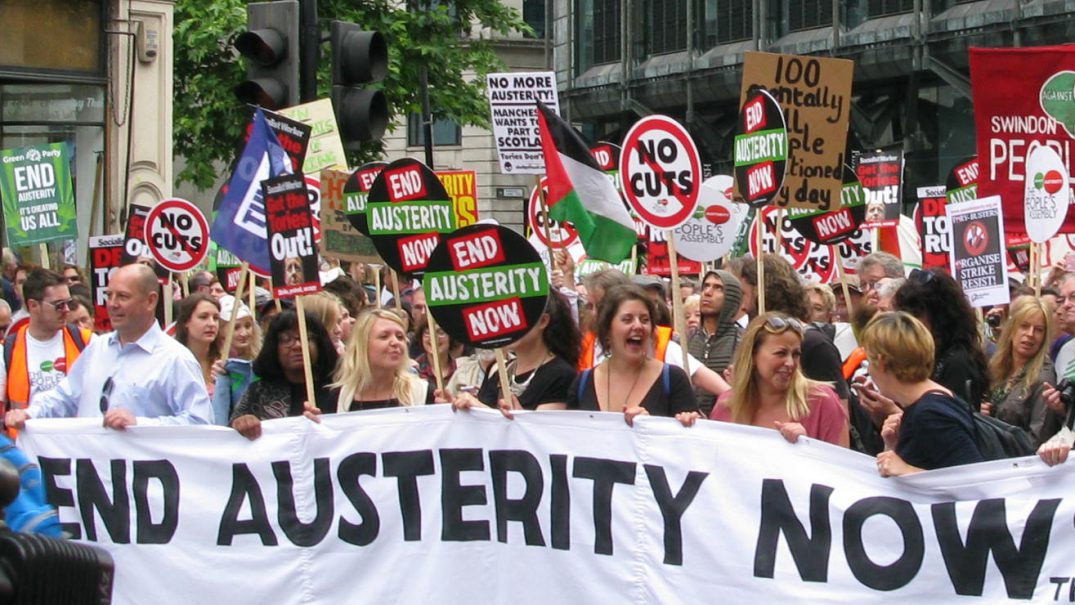 A decade on from the Global Financial Crisis (GFC), now is the time for serious reflection on where we are, how we got here and what future lies before us. In the aftermath of the 2008 crisis, finance-driven capitalism appeared to be on a precipice. The collapse of leading global financial institutions in the US and UK led to a free fall in global markets, followed by the European Sovereign Debt crisis. It all seemed to herald the end of unfettered financial expansion. Indeed, many believed 2008 was another 1929 moment – a systemic crisis would bring about a New Deal style recovery and a Bretton Woods agreement for the 21st century to establish clear parameters for a stable global financial system. A decade later the outcome is far different: finance capitalism has never had it so good.

The initial bailouts, deemed necessary to keep the financial system afloat, were followed by drastic reductions in interest rates that have yet to return to pre-crisis levels. Risk guarantees offered by Central Banks and Treasury Departments across the globe were committed to providing the money (liquidity) necessary to maintain the stability the global financial system. This was followed by asset buy-back schemes and long-term refinance operations which became systematised into successive rounds of Quantitative Easing (QE). Technocratic speak refers to the last decade, euphemistically, as the ‘era of unconventional monetary policy’, or the biggest ever helicopter money drop onto the financial sector in living memory. Those who believed 2008 could have been a reckoning for the failures of finance-driven growth could not be more disappointed. The financial sector is more entrenched than before the crisis, and the political power of finance to control the public policy agenda stronger than ever.

Looking to the future and seeing much of the same

Looking back over the past decade, even achieving an economic ‘recovery’ took longer than the Great Depression. The promises of a rebalancing of growth across Great Britain, well-funded health and education services, and prosperity for 95% that did not benefit from QE, never materialised. The failures of austerity are plain for all to see: the economy is stagnant and most people are worse off now than a decade ago.

Our shared economic future only promises more austerity. Wages and incomes will continue to stagnate. The economy will be still dependent on private debt to fuel asset bubbles and ever more household debt will be needed to sustain meagre economic growth. With the economy in the doldrums and Brexit looming on the horizon, we face entrenched economic malaise or another severe financial crisis. When growth is forecast over the medium term, it is always revised downward. To put it simply, no one is predicting that the UK’s economic future will get any better.

Making another future possible: we need an alternative policy agenda

In the face of peril, we cannot lapse into fatalism. We need to break out of the perpetual loop of anti-austerity, which points to the real failures of the austerity policy agenda without clarity on viable alternatives. The Progressive Economy Forum (PEF) seeks to dispel the myths and lies of austerity economics and replace that pernicious ideology with a progressive macroeconomic vision and narrative that makes another future possible.

The aim is to develop a 21st century Keynesian policy platform, that will end today’s austerity just as Keynes’s ideas in practice helped end the Great Depression and usher in a generation of economic stability and prosperity.  In his pioneering work, The General Theory of Employment Interest and Money (page 383), Keynes famously wrote:

“Practical [people] who believe themselves to be quite exempt from any intellectual influence, are usually the slaves of some defunct economist. Madmen in authority, who hear voices in the air, are distilling their frenzy from some academic scribbler of a few years back.”

Today, the global economy is gripped by these same “madmen in authority” that bring us austerity. The current “voices in the air” come from economists who are very much alive and whose scribbling continues unabashedly. In response, we must begin mapping out a new direction, to forge a different path that leads to a better future.

100 policies to end austerity: a call for interventions

The goal of PEF is to build a policy platform that will end austerity in a way that embraces the progressive values of equality, dynamism and sustainability. In line with openDemocracy’s New Thinking for the British Economy agenda, our aim is to cultivate a rich garden of new ideas, policies and plans to end austerity by forging a new path. Our bold plan is to curate 100 Policies to End Austerity as a starting point for a better future. We will bring together contributions from economists and policy experts that articulate clear proposals for a progressive, sustainable and equitable British economy for the 21st century. This is the start of an interactive conversation, not a definitive policy platform, about a vision of a better future.

In practice this means debating the key ideas that inform public policy, like monetary, fiscal and taxation policy needed to end austerity. In addition, it requires addressing the problems created by austerity. For example, creating an investment bank, green jobs, affordable housing, a fully-funded NHS and education system, compassionate care for an ageing population, a secure social security system, better local authority services and regional development. The list of ways to end the harm caused by austerity goes on. The challenge for progressives is to create a policy agenda that can foster a better future for everyone.